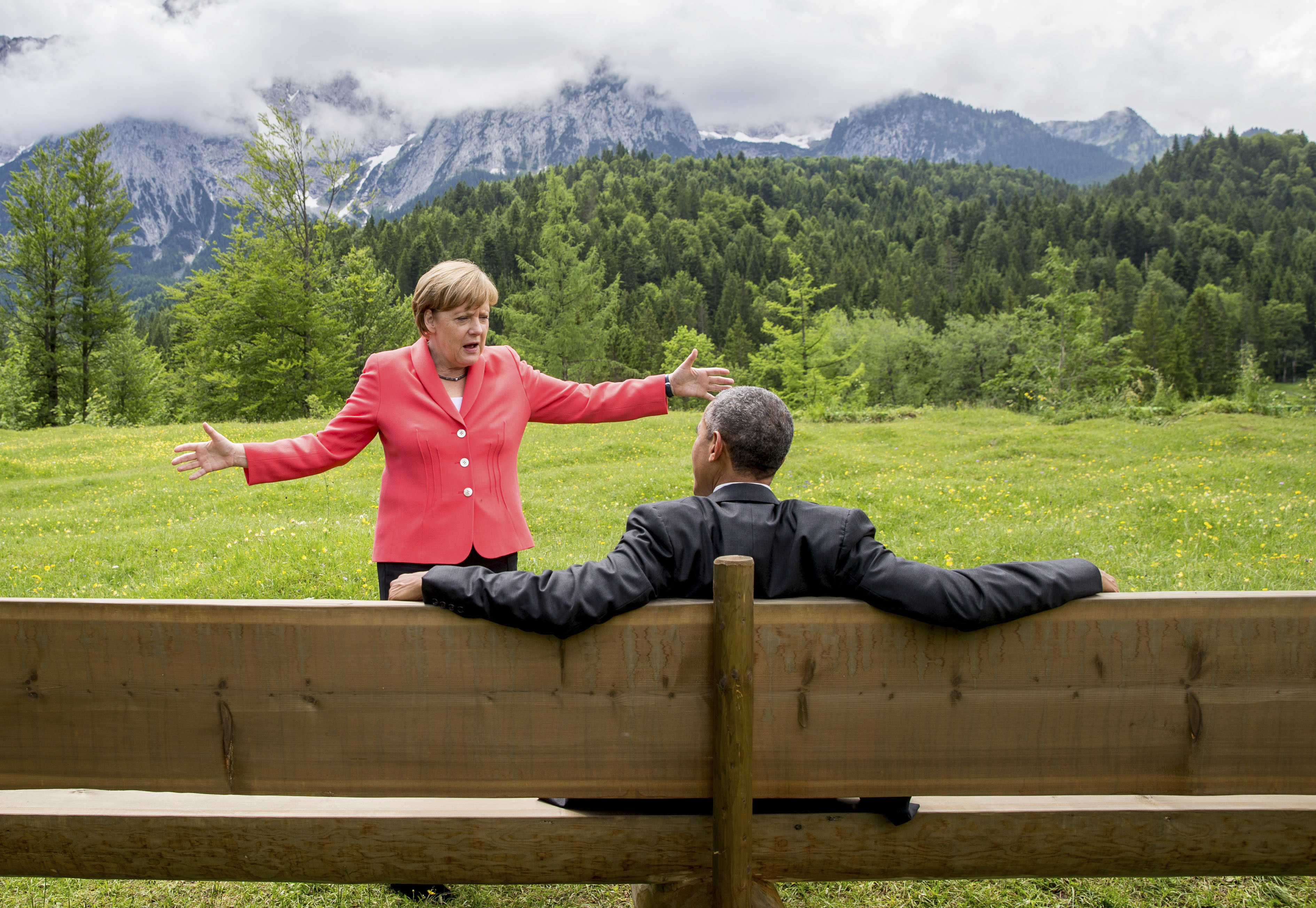 NEW YORK -- German Chancellor Angela Merkel has been named Time's Person of the Year, praised Wednesday by the magazine for her leadership on everything from Syrian refugees to the Greek debt crisis.

Time also cited Merkel's strong response to "Vladimir Putin's creeping theft of Ukraine" and on its cover called her "Chancellor of the Free World."

"Not once or twice but three times there has been reason to wonder this year whether Europe could continue to exist, not culturally or geographically but as a historic experiment in ambitious statecraft," Time editor Nancy Gibbs wrote. "You can agree with her or not, but she is not taking the easy road. Leaders are tested only when people don't want to follow. For asking more of her country than most politicians would dare, for standing firm against tyranny as well as expedience and for providing steadfast moral leadership in a world where it is in short supply, Angela Merkel is TIME's Person of the Year."

Merkel, 61, is just the fourth woman since 1927 to be chosen and the first since opposition leader Corazon C. Aquino of the Philippines in 1986. She is the first German since Willy Brandt, the West German chancellor named in 1970 for "seeking to bring about a fresh relationship between East and West" during the Cold War. In 1999, Time picked the German-born Albert Einstein as Person of the Century.

Wednesday's news came in as Merkel's spokesman Steffen Seibert was leading a government press conference in the German capital, while Merkel herself was at an event in Leipzig. When asked about it by The Associated Press, Seibert said he had only just received word on his phone himself.

"I'm sure the chancellor will regard this as an encouragement for her political work, for a good future for Germany as well as for Europe," Seibert said.

Not everyone welcomed Merkel's selection. She has been criticized for demanding unduly harsh terms for Greece as the country struggled to pay its debts and remain on the euro. Maria Dimopoulou, a public sector worker in Greece, said that Merkel "may be woman of the year for Europe and the world in general but for Greece she is disaster of the year and all of the past years."

Another dissenter, for different reasons, was Donald Trump. He was a finalist for Person of the Year and for months has topped Republican polls for the 2016 U.S. presidential election and dominated headlines.

On Twitter, Trump responded to Time's announcement and said that Merkel was "ruining Germany."