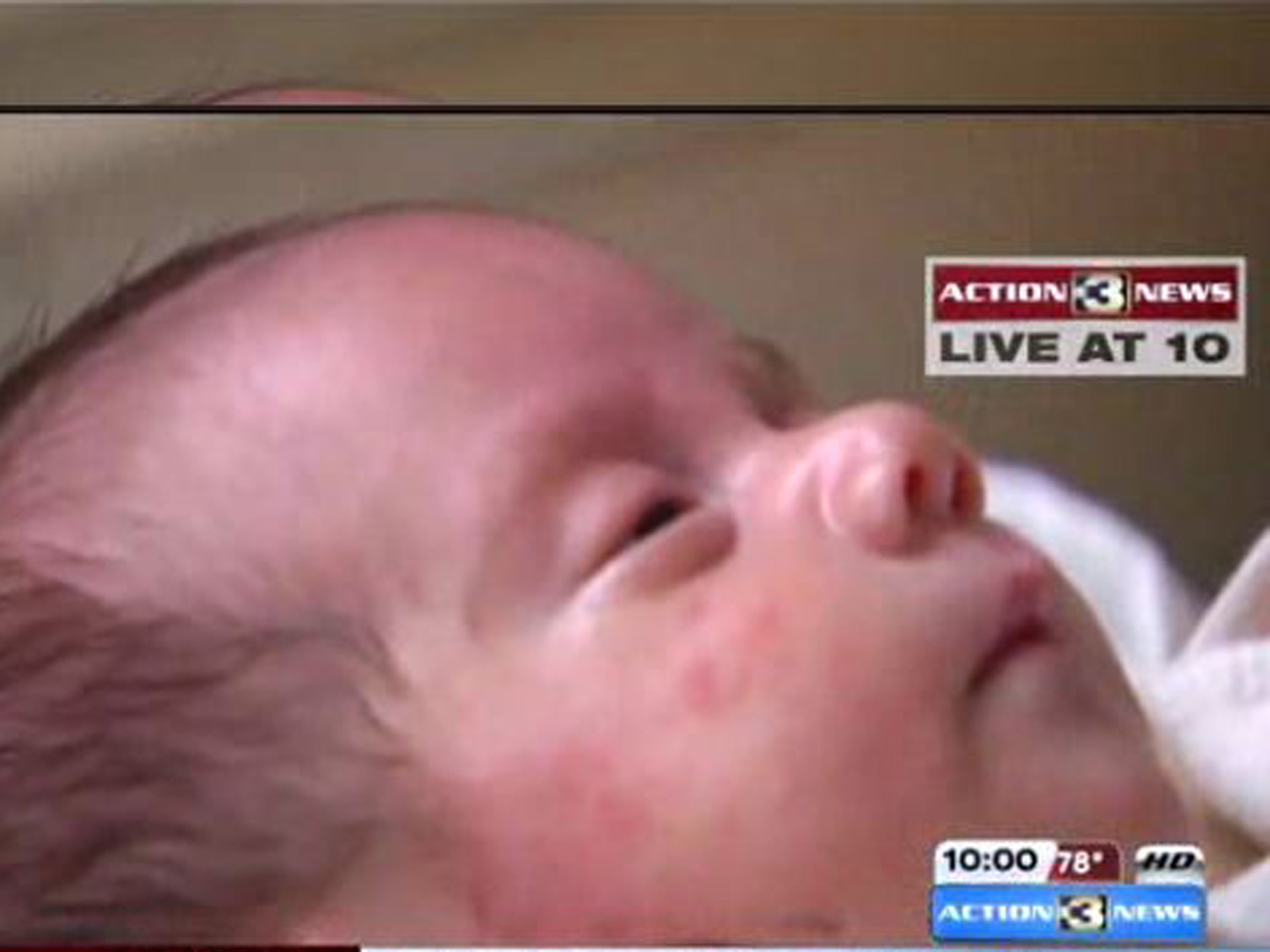 OMAHA, Neb. - The infant son born of a brain-dead woman who was kept on life support so he could develop and survive has left an Omaha hospital.

Angel Perez was released from Methodist Women's Hospital on Tuesday, Methodist Health System spokeswoman Claudia Bohn said Wednesday. He went to his new home in Waterloo, Nebraska, with his maternal grandparents, Modesto and Berta Jimenez, in an arrangement that Bohn said had been approved by the boy's father.

Angel weighed a little less than 3 pounds when he was delivered by cesarean section in April and has gained nearly 4 pounds since. His mother, 22-year-old Karla Perez, collapsed at home in Waterloo in early February after complaining of a bad headache. Doctors discovered a brain bleed and determined that she was brain-dead.

Family members told doctors they wanted to do everything possible for the baby she was carrying. The fetus was just 22 weeks along and couldn't survive outside of the womb when Perez died, doctors said.

A team of more than 100 doctors, nurses and staff kept Perez alive for nearly two months, and when her condition worsened on April 4, doctors delivered him. Angel was immediately admitted to the neonatal intensive care unit.

There have been just 33 similar cases reported in medical literature worldwide since 1982, according to the hospital.

Days after the procedure, Perez was pronounced dead and her organs were donated.

Perez's mother, Berta Jimenez, told CBS affiliate KMTV-TV in Omaha that she is incredibly proud of her daughter.

"Not only did she stay alive for 54 days after what happened to her, to give her baby life, but she also saved the lives of three other people," she said.

Dr. David Minderman said Angel has not suffered any complications because of his mother's coma while he was in the womb.

"Absolutely he's a fighter," said Dr. David Minderman. "His hardest work was before he was born really."