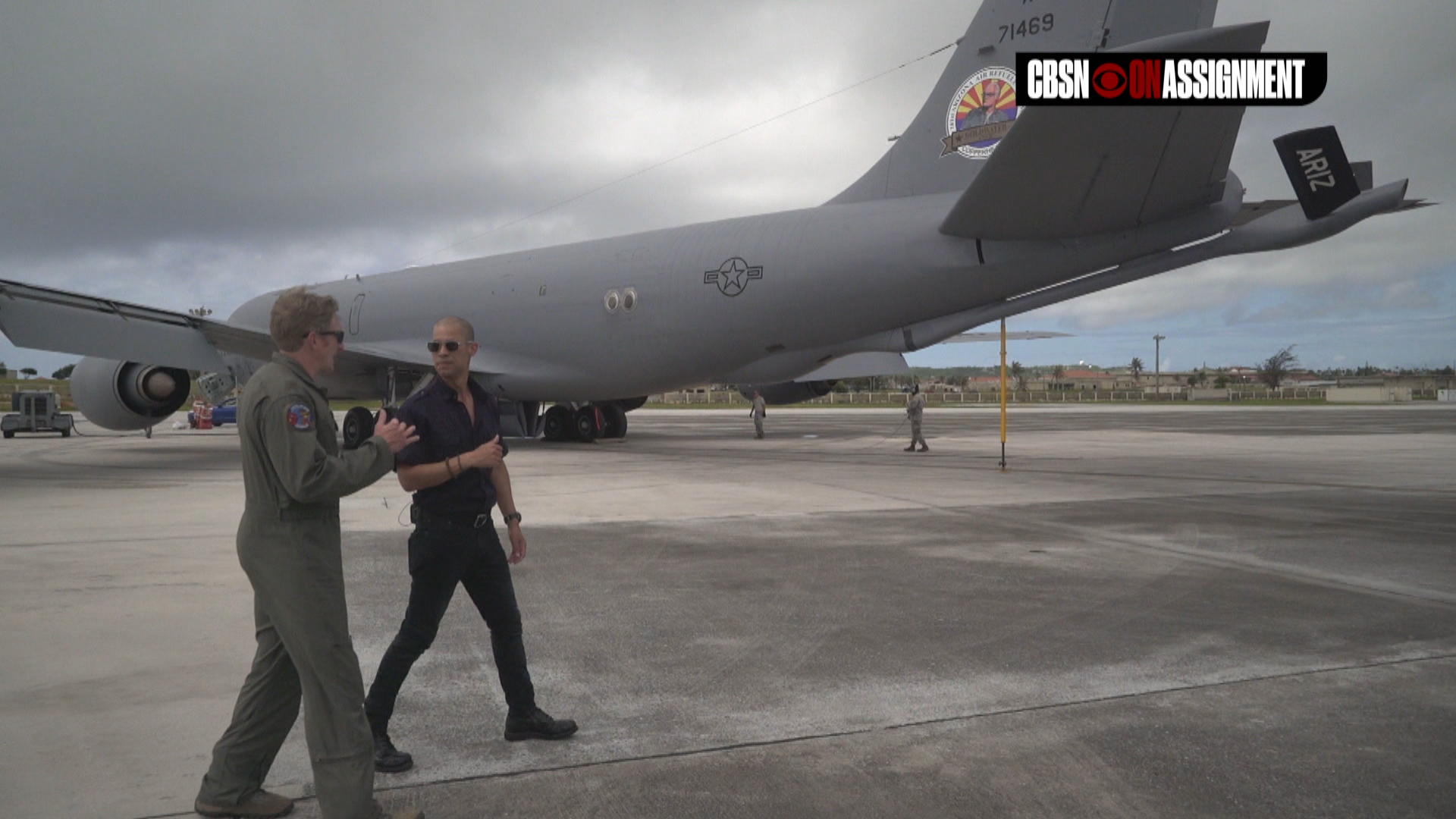 Guam is a U.S. territory that's apparently within range of Kim Jong Un's most sophisticated missiles. It is also home to the Andersen Air Force Base where B-1 bombers flew from to the Korean Peninsula in a show of force after North Korea's latest intercontinental ballistic missile (ICBM) launch in late July. The small pacific island has about 6,000 troops and an overall population of more than 160,000 people. It is considered one of the most strategically-important U.S. locations in the region.

CBS News correspondent Vladimir Duthiers traveled to U.S. Pacific Command bases for "CBSN: On Assignment" to learn how the U.S. would counter a potential clash with North Korea. During his visit, he spoke with B-1 pilots at the base where the largest stockpile of fuel and munitions in the Air Force is kept. CBS News is the only network to gain access to Andersen Air Force Base.

Even though it is about 2,100 miles away from North Korea, Andersen base is considered a power projection platform -- able to accept and launch assets from anywhere in the world.

Col. Sam White has spent his career there.

"We stand ready to respond to a wide range of things at the president's call. That's the reason why we have the continuous power presence mission, is to give the president of the United States sovereign options against threats to the U.S. So, we're ready today," Col. White said.

And they've had to prove that multiple times in recent weeks. On July 29, the day after North Korea's latest successful ICBM launch, two U.S. B-1 bombers took off from the airfield and flew to the North Korean border in a show of force.

The B-1 -- aka "The Bone" -- is capable of carrying more arms than any other bomber in the Air Force and as its aircrews can attest, it's also among the loudest.

"Well, our first step is deterrence. Obviously, however, if the combatant commander calls upon us, the B-1 is a very credible and lethal force," said Lt. Col. Walleye.

Lt. Col. Hamilton said there are three things that set "The Bone" apart: speed, persistence and payload. "So we can get where we're going fast. We can then stay there for a long time and we bring a lot of bombs with us," Hamilton said.

Stretching along a road for about half a mile are what airmen call Hayes Igloos – 15 million pounds of net explosive conventional munitions. They're built by the 36th Munitions Squadron.

"Each of these bombs weigh 2,000 pounds. We generally crank each one of these out in about 8 minutes time," said Sgt. Ryan Hilton. "It's an advanced penetrator, often referred to as a bunker buster. It can actually penetrate concrete, reinforced even."

For perspective on the kind of devastation this type of bomb can cause, the evacuation realm for safety is 4,000 feet.

Due to North Korea's difficult mountainous terrain, and deep bunkers, these types of munitions could be of vital importance in the event of a conflict.