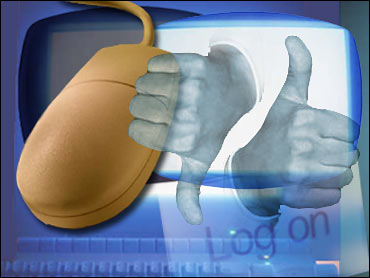 I am not, however, as miserable as I was fifteen years ago. In spite of a stock market slump, collapsing pension schemes and rocketing divorce rates, all of us Britons, even the miserable London ones, are a whole lot happier than they used to be…. so the survey insists.

Do you know what makes us happiest? According to this survey it is going out and eating a hearty meal. And would you care to learn who produced this survey? An American company that makes its living manufacturing frozen French fries.

One of the most irritating facets of modern British life, irritating enough to make even the happiest Londoner miserable, is the profusion of completely unnecessary surveys. Market research is a disease of the age, imported – I'm pretty sure – from your country and spreading here like wildfire. Every evening my miserable home-life is rendered more miserable by a series of unsolicited phone calls from companies seeking just a few moments of my valuable time to answer hundreds of inane queries. My garbage can overflows with similar printed questionnaires. Some folk clearly take the trouble to answer the questions, otherwise there wouldn't be silly surveys to publish. But is it really necessary?

Even the serious surveys frequently have me foxed. A team from the University of Aberdeen in Scotland, for example, has just completed an exhaustive survey that implies that we miserable British males are pretty well top of the world league for – wait for it - vasectomies. Yes we're snipping away merrily with New Zealand, Holland and some other country called Bhutan. Do I need to know this? Is there a single obstetrician or gynecologist on the planet who can honesty say that the total number of British vasectomies is the sort of revelation they can not afford to be without?

Of course not. A curse on all surveys. And nine out of ten people I've spoken to say they agree.