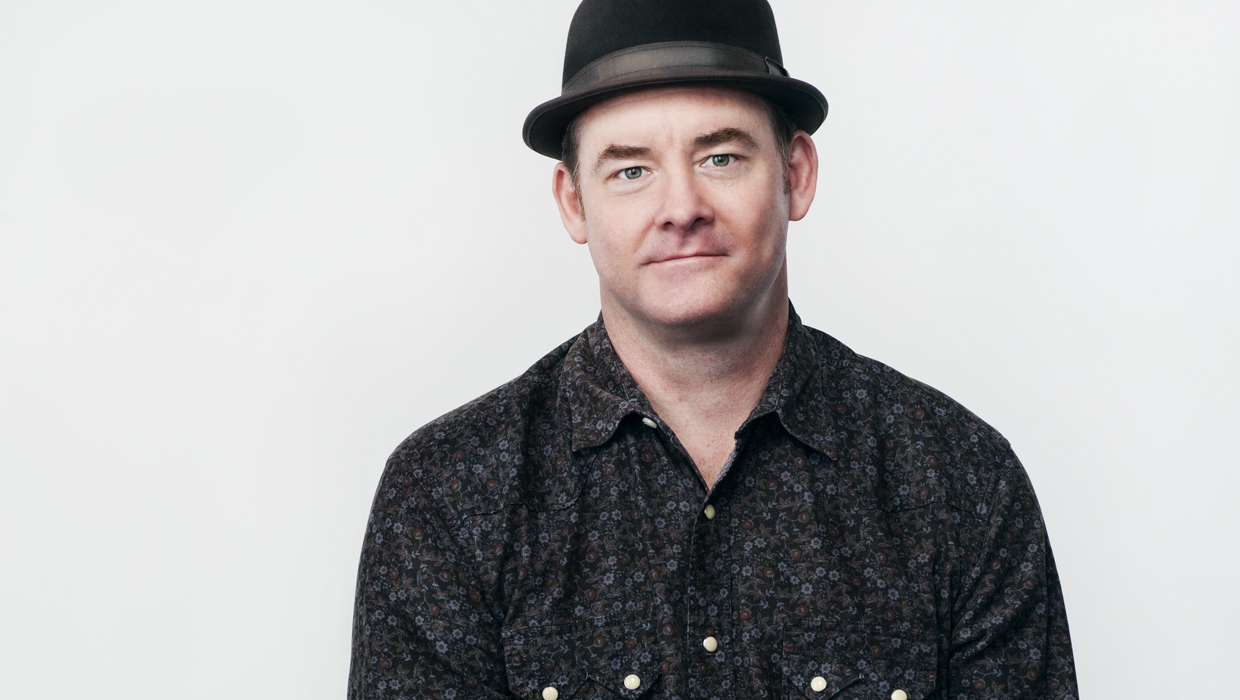 It may look like all fun and games when "Anchorman 2: The Legend Continues" hits the big screen on Dec. 18, but there was a lot of work that went into the making of the sequel.

Actor/comedian David Koechner, who plays sportscaster Champ Kind in the films, told CBS News that he and his fellow castmates, including Will Ferrell, Christina Applegate and Paul Rudd, were very serious about their work.

When asked to sum up the film in just a few words, Koechner said, "Unbridled chaos...and at one point -- an absurd left turn."

The new film comes a nearly a decade after the original -- and had been a long time coming. After "Anchorman: The Legend of Ron Burgundy" hit theaters in 2004, both Ferrell and director Adam McKay weren't too keen on doing a second one. "Adam and Will are not sequel-crazy. They were probably reluctant to do a sequel because a lot of times it's just an excuse to make money. They like producing original stuff...But then when the demand started about 5, 6 years in, there was this real surge in enthusiasm for another one," said Koechner.

The interest really took shape about three years ago when the "Anchorman" gang mulled doing a Broadway version of the comedy. That idea got put on hold -- until last year when a movie version started picking up steam. In May 2012, an official announcement was made on "Conan."

"There was never any reluctance on the part of the players in terms of wanting to do it -- it was like, 'Yes, whatever it takes. Let’s get it done,'" said Koechner.

Once filming started, everything began falling into place. "These guys are all so amazing to working with. Adam McKay is probably one of the brightest guys I ever met -- whether it’s comedy or whatever. And Will is so rare and special -- just to hang out and work with those guys is pretty crazy. And then you add Steve and Paul to the mix. You just hit home runs all day long," said Koechner.

The first "Anchorman" focused on Ron Burgundy (Ferrell), San Diego's top rated newsman -- set against a backdrop in the male-dominated broadcasting world of the 1970s.

Koechner, who got his start on "Saturday Night Live," provided a glimpse of what to expect in the follow-up, saying, "At the beginning of the movie, Ron gets to work at a global news network then he gets his news team. He finds them far and wide. So we have fun getting the gang back together and then we take a trip to New York…and what they go through at their new job, their learning curve there…and then all the other craziness that happens. I don’t want to give too much away…But I will say this: No one’s going to be disappointed."

With that, there have been plenty of marketing and promotion efforts surrounding the release of the new film. From an exhibit at Washington's Newseum and countless viral videos to Ferrell doing Ron Burgundy newscasts, a lot of attention will surround critics' reaction and the movie’s release over the coming week.

"We feel as happy for everybody else being able to unwrap this present as we were in making it. There’s so much love out there for the movie and for the characters," said Koechner. "We just got back from Australia and I was overwhelmed by the response."

Aside from "Anchorman," Koechner is also recognized for portraying Todd Packer on NBC's "The Office." "After I did one or two episodes of that show it became the second thing everyone put when they referenced me. Over seven years, I think I only did 14 episodes -- like two a year. That character is so memorable. The most memorable episode I think I did of the office I think they called 'The Carpet' -- when I left a gift in Michael Scott's office. I don't actually appear in that episode. I just speak to him on the phone,” recalled Koechner.

Next up for Koechner is a role in the movie "Cheap Thrills." The 51-year-old actor says the "challenging sinister thriller" was shot in just 12 days last year in Los Angeles: "I told the guys on the set that I hadn't had a feeling like this since 'Anchorman.' It was extraordinary."

Koechner is also doing the stand-up comedy circuit and in talks about a possible sitcom. And although his role in the first "Anchorman" may have led to other parts, Koechner says he doesn't "think of it in terms of that."

"I just enjoy working," he said. "And certainly it opened more doors and probably made getting roles easier…But at the same time, I sometimes wonder if people think of me only as that guy. But it’s nothing you can control. You just enjoy it."