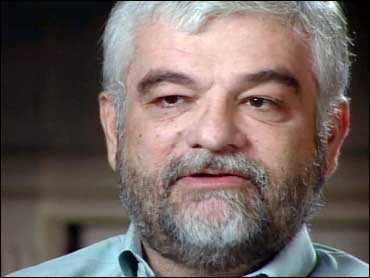 Life imitated script for Hugh Grant and the principals of Mickey Blue Eyes.

In pre-production research for Grant's sleeping-with-the-fishes-out-of-water comedy, the Englishman found himself learning at the knees of some—how shall we put this—very influential Italian businessmen.

In the movie, Grant plays a Brit auctioneer who wants to marry the daughter of a Mafia associate. Hard as he tries to stay out of the family business, they keep pulling him back in again.

Behind the camera, things didn't go quite that far. But in preparing for the film, Grant, his paramour (and producer) Elizabeth Hurley, director Kelly Makin, and costar Jeanne Tripplehorn found themselves flirting with the underworld. And favors were exchanged.

Grant's connections came via his Four Weddings and a Funeral director Mike Newell, who also helmed the gangster movie Donnie Brasco. Recalls Grant, "When we were in pre-production for this film, he called me up-slightly nervously-and said, 'Hugh, I really, really think you ought to talk to a very good friend of mine called Rocco. I can't give you his last name because I don't actually know it. But he's called Rocco the Butcher.'"

From there it was only a matter of time before the filmmakers found themselves taking meetings in the New York City boroughs and mingling with "Vinny Seven-Heads."

"You'd go to some restaurant in the middle of nowhere and it would be closed down except for one table in the back," says Makin. "And there would be an old guy who obviously had quite a bit of power at the head of the table. Elizabeth would always sit right beside the head guy."

During filming, a number of strangers would appear seated behind the director. One family head requested—and was granted—a walk-on for his daughter. "And at the end of it," Makin remembers, "He said, 'If I can ever do anything for you...'"

All this interaction hardly made the stars nervous. Tripplehorn, in fact, was just the opposite. Says she, "I felt very safe, actually."