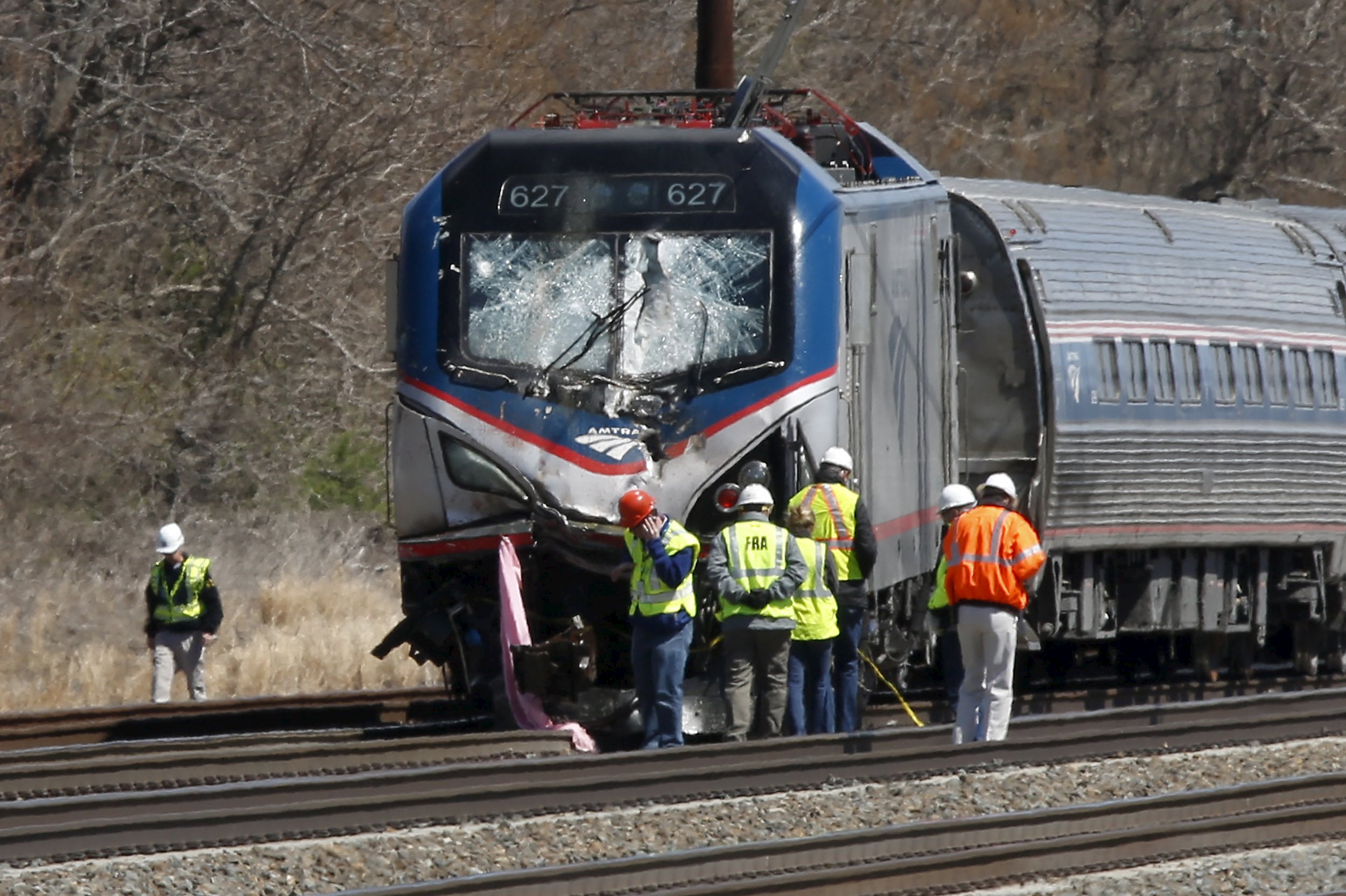 CHESTER, Pa.-- An Amtrak passenger train was going 106 miles per hour in a 110 mph zone when it struck a backhoe sitting on the same track, killing the backhoe operator and a track supervisor, federal and local officials said Monday.

No one on board was killed, although 37 passengers were injured. Most were sitting in the train's front car.

Videos showed construction equipment on the track and a contractor's equipment on an adjacent track before the crash Sunday morning, NTSB investigator Ryan Frigo said. He could not comment on who was authorized to be there, but said work crews were scheduled to be interviewed on Tuesday.

"There is a large amount of data to be looked at," Frigo added.

Federal guidelines require multiple safeguards be in place before construction work can be done on train tracks -- including making the track physically inaccessible to a train, and having a watchman present who can give a crew a 15 second warning before a train enters a work area, Van Cleave reported.

"Typically, the dispatcher has to give very specific permission for maintenance ... equipment, like a backhoe, to be on the track. They have to take the track out of service for a defined distance and a defined time period," said professor Allan Zarembski, who teaches railroad engineering at the University of Delaware. "And then, they have to confirm that they understand it, repeat back the instructions, and only then can they get on the tracks."

The union representing Carter said a total of three workers have now been killed on the job on Amtrak's Northeast Corridor since March 1. And that raises questions about worker safety, the Brotherhood of Maintenance of Way Employees said.

Amtrak introduced a set of new safety protocols effective March 15. It says violations are handled with zero tolerance, and some cases lead to immediate dismissal.

Rail safety workers said track workers are supposed to double-check their assignments with dispatchers to be sure they are not working on or around an active track.

Amtrak released a statement on Monday night regarding the crash.

"Everyone at Amtrak is deeply saddened by the death of two Amtrak employees and injuries to our customers as a result of Train 89 hitting a piece of track equipment and derailing," the statement read. "We are working with the NTSB to identify the issues that led to this incident and will make any needed changes immediately."

The train was heading from New York to Savannah, Georgia, at about 8 a.m. Sunday when the accident occurred.

A Minnesota company called Loram Maintenance of Way had several employees working in the area. Loram official Tom DeJoseph said the company was doing maintenance on the ballast between the railway ties. He estimated the company had three or four people working there at a time and more at shift changes. He declined to say if any of them witnessed the crash.

The event data recorder and forward-facing and inward-facing video from the locomotive were recovered, officials said.

The derailment comes almost a year after a speeding Amtrak train from Washington, D.C., to New York City went off the tracks in Philadelphia. Eight people were killed and more than 200 were injured. The exact cause of that derailment is still under investigation, but authorities have said the train had been traveling twice the speed limit.

Nearly three decades ago, an Amtrak train struck maintenance equipment on tracks in Chester, near the site of Sunday's derailment. More than 20 people were injured in that January 1988 crash. The NTSB determined that an Amtrak tower operator had failed to switch the train to an unoccupied track.