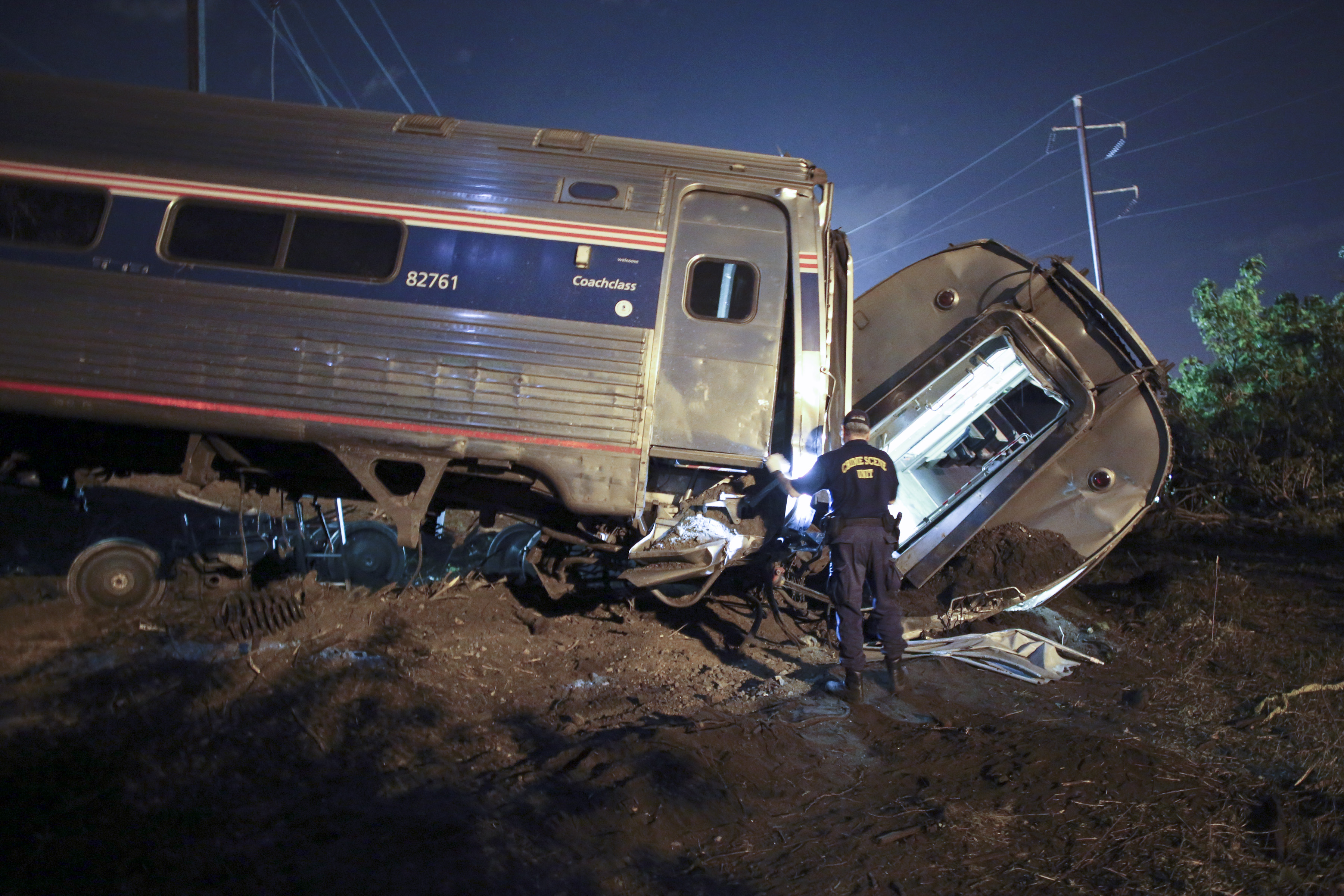 Pennsylvania Gov. Tom Wolf is thanking local emergency workers, saying they took "brave and quick action" to help passengers get out of the Amtrak train that derailed in Philadelphia. At least six people were killed and dozens were injured in the crash and transported to area hospitals. There are at least eight people in critical condition.

Survivors described the chaos as passengers helped each other to safety.

"It just happened so fast. Obviously a lot of debris, lights went out, a lot of screaming," former Rep. Patrick Murphy said. He was on board when the train derailed.

Murphy, an Iraq vet, wasn't injured, so he started helping those around him who were, reports CBS News correspondent Jericka Duncan.

"I just stayed back and just told the people who were bleeding to put some pressure on their wounds that they were bleeding from because you don't want to see those people bleed out," said Murphy, who served in Congress as a Democrat from Pennsylvania's 8th district from 2007 to 2011.

His military training came through in the moment when he didn't want to leave anyone.

"We have an ethic in the military, you know, we leave no one behind and I wasn't going to climb out when there were people still hurting," Murphy said.

People crawled, stumbled and were carried out of the wreckage.

"He got me out of the train, the train was filled with smoke, but he said, 'Mom, I have to go back and get everyone else out,'" Joan Helfman said, referencing her son Max.

"I was in a position where I could help them, so I don't know, instinctively, that's what I did," Max Helfman said.

Many victims were covered in blood but walking. The more seriously injured were treated right there at the scene.

More than 100 victims were transported to at least five area hospitals. Teams of doctors and nurses were waiting.

"There were some internal injuries where people were bleeding internally, where they were losing their blood pressure and that was from compression injuries, you know hit suddenly. It was usually in the first or second car ... the third and fourth car had some significant injuries also," said Dr. Rob Danoff who treated some of the victims said.

Former NTSB Chair Deborah Hersman said investigators will be looking at "the human, the machine and the environment."

"They're going to be really focused on that operator," Hersman said. "What he was doing, the conditions of the cars and the track and anything unusual that might have been going on right at that point in time."

She also said they'll be looking at the train's recorders for information on how fast it was going.

"The recorders will give them really good information about braking, throttle positions, speed," Hersman said.

Investigators will also be looking at video evidence.

"Trains very often have forward-facing video and they'll be looking to see what other trains might have experienced - the ones that went through minutes or even hours before," Hersman said. "If there were any defects, anything that any of those trains picked up with respect to rough ride or anything that was captured on the video cameras."

Why are teens putting detergent pods in their mouth?