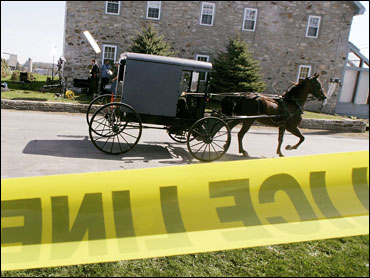 (CBS/AP) CONEWANGO, N.Y. - If you're trying to outrun a cop car, a good rule of thumb is to have an actual car yourself, instead of, say...a horse and buggy.

Police in New York say a 17-year-old Amish boy took them on a short chase when they tried to pull him over for having an open container of beer.

Cattaraugus County deputies say they were patrolling around 1 a.m. Monday in Conewango, 45 miles south of Buffalo, when they saw the boy. When they tried to stop him, they say he became belligerent and rode off.

Lewis Hostetler, 17, was charged with resisting arrest, unlawful possession of an alcoholic beverage by a person under 21, failure to yield to an emergency vehicle, insufficient tail lamps (no, not on the horse) and littering.

Hostetler was arraigned and taken to the county jail with bail set at $500.