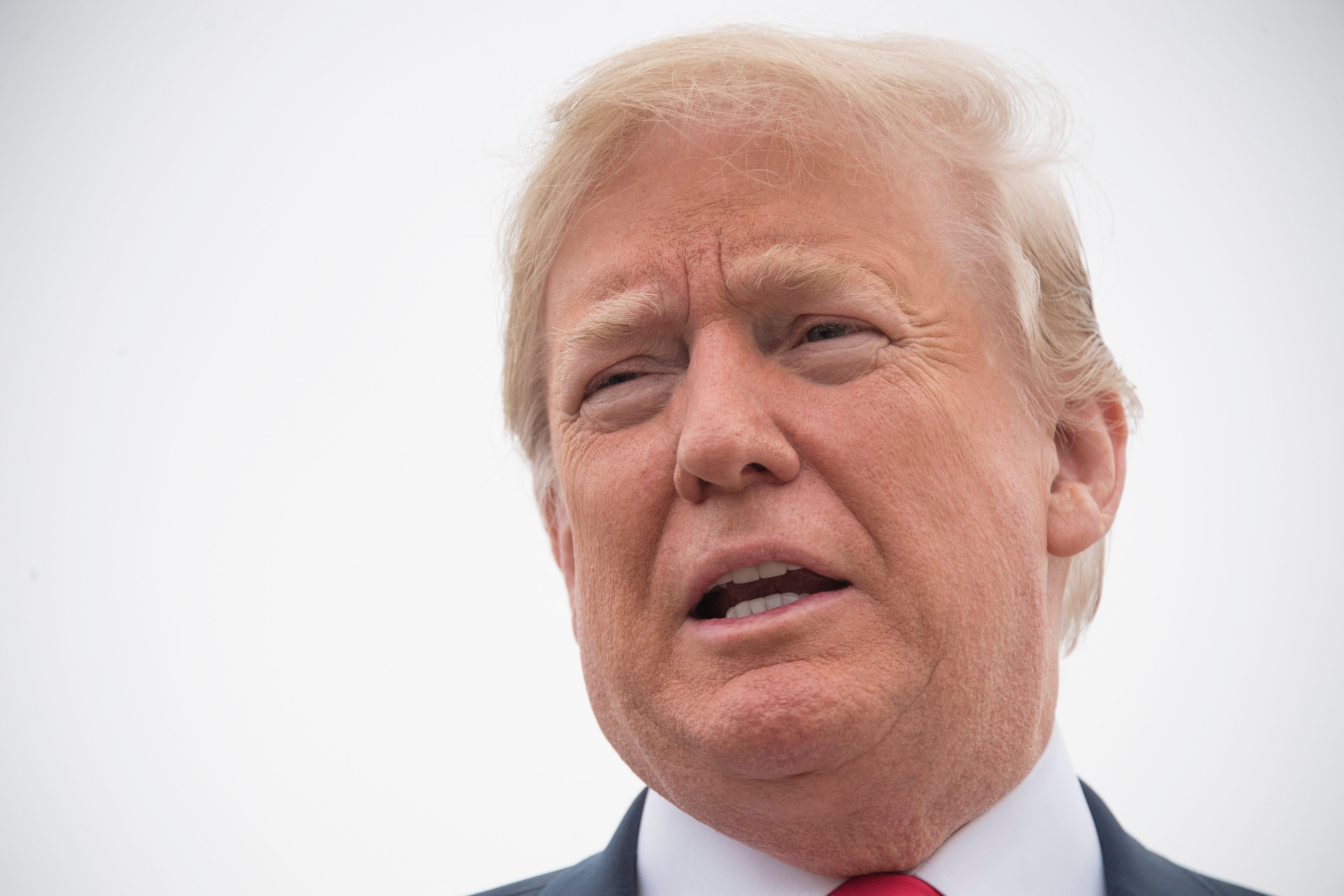 After a week in which President Trump touted strong economic growth, half of Americans say he is doing a good job on the economy. His trade policies in particular do not find overall positive reviews beyond Republicans.

The president gets 43 percent approval for handling trade. When we talked to people in jobs that directly depend on agriculture or farming, they rated the president's handling of trade the same as Americans overall (42 percent of them say he's doing a good job.)

We asked about short-term effects and long-term prospects. Most see short-term pain, in the form of negative effects on the economy.

One third of those in agriculture say they dislike the president's approach but are at least glad he is trying something, as opposed to having left the matter alone.

More call the trade issue at least a matter of principle, and what the U.S. should get, than a pocketbook issue that would impact their finances directly.

A majority of Americans (56 percent) approve of Mr. Trump's decision to give $12 billion in aid to farmers affected by new tariffs. This includes three-quarters of Republicans, three-quarters of conservatives and a third of Democrats. Both free trade, and resistance to federal programs distributing funds, have long been hallmarks of Republican Party policy, but Republican rank-and-file are mainly following the president on this. (They also consider Mr. Trump a "different kind of Republican," and overwhelmingly say they like the fact that he is.)

Mr. Trump gets higher numbers for handling the overall economy (50 percent) than for trade specifically. His levels of overall support between those backing him either strongly or conditionally, or opposing him, remain largely unchanged this summer.

Optimism about the economy (40 percent) over the next year outweighs pessimism (34 percent), but plenty are uncertain (25 percent), and these views are strongly linked to partisanship.

Mr. Trump's pushback against governmental agencies involved in the Russia investigation appears to be resonating with its political base. Republicans are less likely than Democrats and independents to express confidence in the FBI, generally, and half as likely as Democrats to express a lot of confidence in U.S. intelligence agencies.

Seventy percent of Republicans call the Russia investigation a "witch hunt," while Democrats call it a "critical" matter of national security (77 percent). Democrats say they believe the issue speaks to the president's character (79 percent) as well as national security, but Republicans disagree, seeing it as a deliberate attempt to slow the president's agenda (81 percent) and feeling he is facing more resistance from the political establishment than other presidents have (86 percent).

Half of Republicans (and most of his strongest backers) say that hearing the president criticized on the Russia matter makes them want to defend him, while another 42 percent (more of them, conditional backers) say they want to wait to see what the facts show.

But almost no one feels Russian interference in elections would be okay in 2018 — over 90 percent of partisans say it would not be okay, even if their own party was helped by it.

This CBS News 2018 Battleground Tracker was conducted by YouGov using a nationally representative sample of 2,420 U.S. adults between July 26-28, 2018. The margin of error (a 95 percent confidence interval) based upon the entire sample is approximately 2.5 percent.