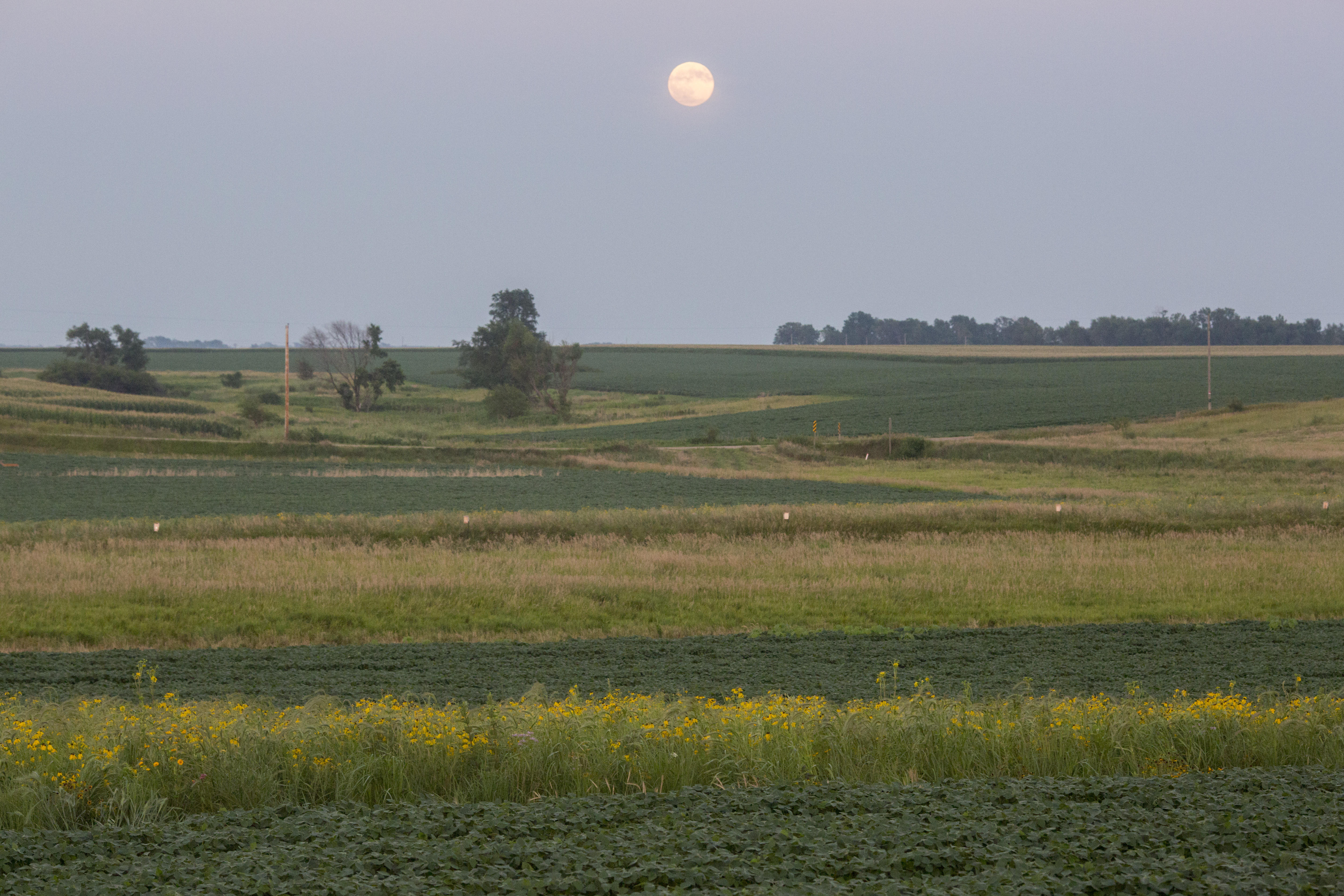 Veteran farmer Ron Heck, who produces 100,000 bushels of soybeans a year on his family farm in central Iowa, likes President Trump's big-picture plans to negotiate a fair trade deal with China that would improve market access and lower export fees. And he hopes the U.S. tariffs on China will hasten that outcome. But Heck also fears that such a deal could exact a crippling cost from farmers like him.

He has relied on China's sizable appetite for U.S. soybeans -- it's the biggest importer of soybeans in the world -- but the 68-year-old said now his crops are caught up in the ongoing trade dispute with Beijing.

"We're all upset. We're all losing money," Heck told CBS News. "We're raising a great crop and our biggest customer comes along and says we don't want to buy it."

When the Trump administration imposed tariffs on $50 billion in Chinese imports in mid-June, China retaliated by targeting Mr. Trump's political base in the Midwest, imposing its own tariffs on U.S. goods including soybeans. Since then, Heck said the price of his soybeans has continued to drop. The tariffs, along with an extremely productive growing season this year have resulted in oversupply, as well as decreased demand.

"They have gone down by two dollars a bushel. It's a really, really big deal," Heck said.

On Thursday, he took another victory lap during a speech to steel workers in Illinois. "I'm very proud to report we have reached a breakthrough agreement yesterday with the European Union, commonly referred to as Europe, to begin lowering trade barriers and establishing a trade relationship that is fair and my favorite word: reciprocal. Reciprocal," Mr. Trump said.

The National Farmers Union's senior communications VP, Rob Larew, told CBS News, "The reality is that any deal with Europe for soybeans would make up but a sliver of the market loss happening in China, and it would not have the kind of positive impact on farm prices that the farm sector needs right now. If farmers are going to see any semblance of fair market prices for their goods, the President needs to be working with our trade partners on fair trade agreements, not against them."

Heck likened the waiting period for a new China trade deal to a remodeling process. "If a department store closes for remodeling and your customers go elsewhere, when you finally reopen it might be a nicer store with more customers. But the thing is, you just don't know," Heck said.

And soybean farmers could be looking at a long wait -- even with a $12 billion bailout -- for trade deals with the EU and China to materialize. On Thursday Secretary of Commerce Wilbur Ross told reporters aboard Air Force One there is no timeline for when a deal with the EU would be reached. Ross said, "Well, that's very hard to judge. Normally, trade discussions take multiple years. But that's because they generally have one meeting and then pause for a month, have another meeting.  So we're going to try to do it much faster."

Other associations that represent farmers agree that the trade dispute with China -- not the EU -- is the main problem.

Aaron Putze, the communications director for the Iowa Soybean Association, said the development with the EU underscores the administration's commitment to making progress on matters of trade, but added, "We remain steadfast in our call for progress to be made to resolve the trade dispute with China. Farmers are struggling. Net farm income is down almost 50 percent since 2013. Every market is an important one, particularly China, which imports one of every three rows of U.S. soybeans. Using food in a trade dispute is a lose-lose. No one wins in a trade war."

Putze said the EU announcement offers "positive energy" in an otherwise down agricultural market, but the lack of detail creates uncertainty.

"But as is often said, the devil is in the details. We look forward to learning more as additional information is made available," Putze said.

The U.S. Trade Representative did not respond to requests for the latest information about where negotiations stand.

In the meantime, the administration has acknowledged tariffs are hurting farmers. On Wednesday, the U.S. Department of Agriculture announced a $12 billion financial aid package to help them. The money will go toward purchasing excess crops, making direct payments to farmers, and building new export markets like countries in Europe. But the USDA has not provided details about how and when the funds will be distributed.

Heck described the package as a "band aid," and reiterated that the only long-term fix is a new trade deal with China.

"China made a political decision to pick on soybeans, and President Trump didn't respond the way China expected, so here we are. Neither side has to blink. They could just both get off their extreme positions and reach a deal somewhere in the middle."