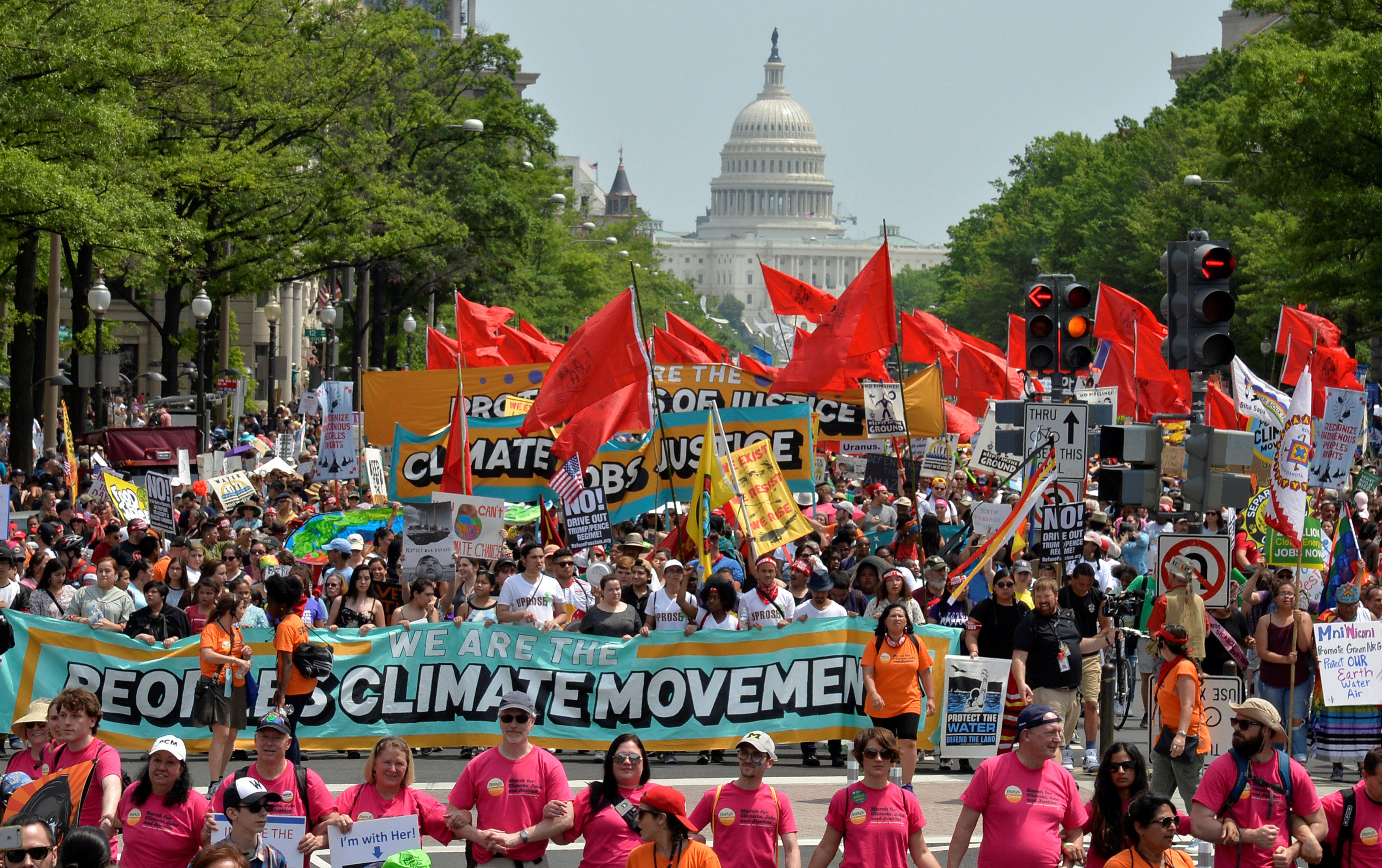 Americans are pessimistic about the future condition of the environment. Few expect the environment to be better for the next generation, and most say it will get worse. These negative views have been relatively consistent for the past decade.

Independents and Democrats are especially likely to think the condition of the environment will decline. Many Republicans, however, see a static situation in which the environment left to the next generation will be no better or worse than it is today.

Younger Americans are also more likely to believe that global warming is caused by human activity:  nearly two-thirds of those under 35 think so.  In contrast, just 41 percent of seniors 65 and older attribute the cause to human activity, though most do think global warming exists.

Some have advocated a switch to focusing on more alternative energy sources such as solar and wind as a way to reduce the pace of global warming.  Most Americans think such a move would also produce more jobs for Americans when compared with increasing domestic production of fossil fuels such as oil and gas.  Sixty-one percent of Americans think alternative energy will create more jobs, a seven-point increase from when the question was asked in the fall of 2016.  Thirty percent think focusing on fossil fuels domestically will create more jobs, down eight points since Sept. 2016.

Here again, we see large divisions both along party and generational lines.  While Democrats and independents think focusing on alternative energy will produce more jobs, Republicans think increasing domestic production of fossil fuels is more likely to do so.  In general, Americans who don't believe global warming is caused by human activity tend to think greater domestic production of fossil fuels will create more jobs than alternative energy.

Young people are particularly hopeful that a shift to more alternative energy will produce more jobs:  three in four Americans under 35 think so, compared to just half of those 65 and older.

This poll was conducted by telephone April 11-15, 2018 among a random sample of 1,004 adults nationwide.  Data collection was conducted on behalf of CBS News by SSRS of Media, PA.  Phone numbers were dialed from samples of both standard land-line and cell phones.