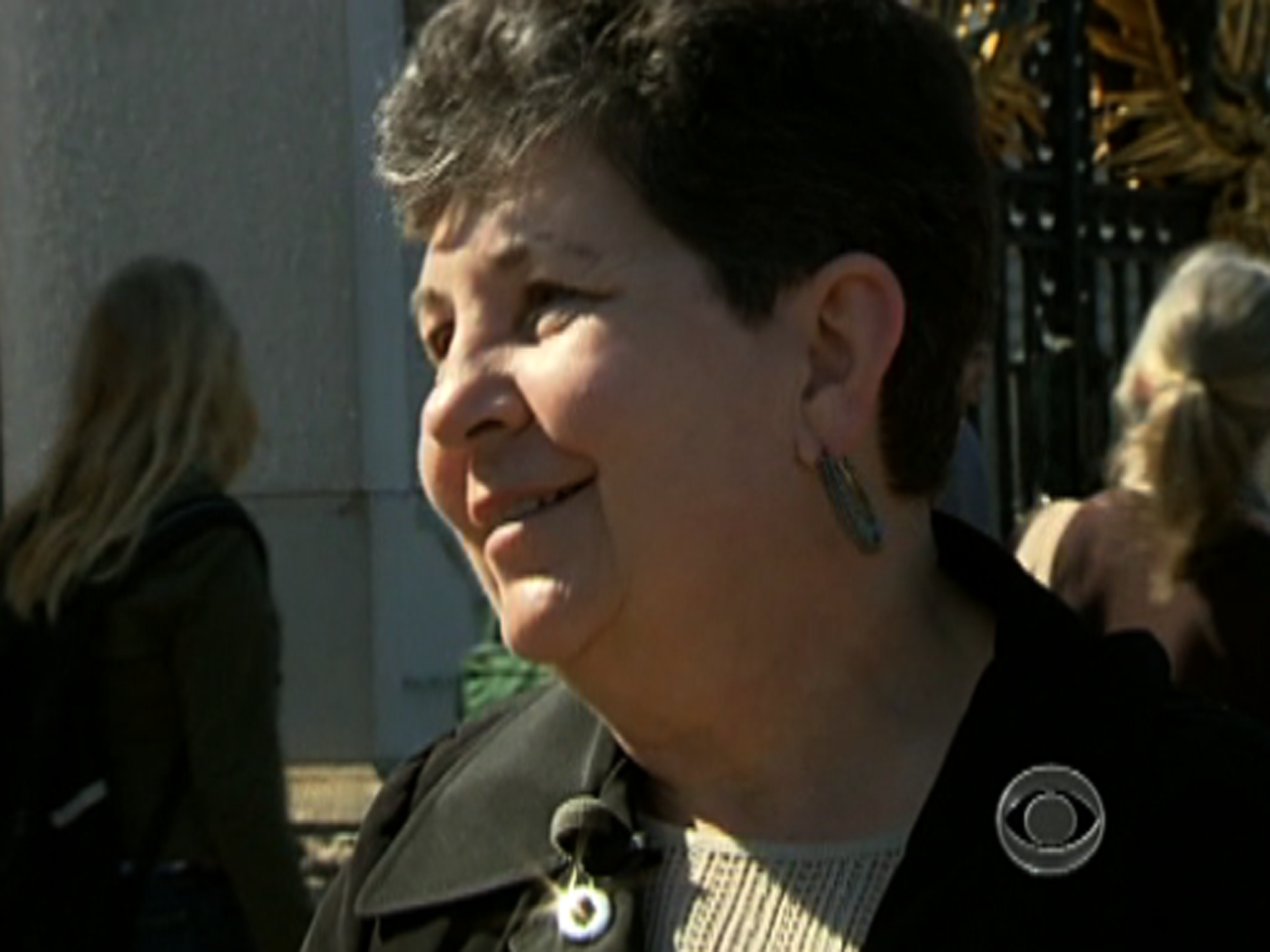 Charlotte Barbato hails from the very seat of the American Revolution. Yet while she may live in New England, she had been fixated on Old Blighty, reports CBS News correspondent Ben Tracy.

"My earliest recollection was Princess Margaret when she got married," Barbato said. "I was probably about 9 or 10. I remember her stepping out of the car and she was just magnificent. You know the tiara and the veil. It was just beautiful."

Now along with her husband Peter and daughter Christina, she is living her lifelong dream. Barbato will see the royal wedding up close.

The group stopped first at Westminster Abbey, trying to find the best spot to catch a glimpse of the soon-to-be newlyweds.

"This is probably the closest we'll get - forever," Barbato said laughing.

Meanwhile, twin sisters from Oklahoma and Texas have already built their own Alamo. They've been camping out for 14 hours - not a subtle approach to the event.

"Do you know any Texans that are subtle?" asked one of the sisters.

They are among the 600,000 tourists invading London for the big day.

"We need excitement," said Michelle Satterlund, an American in London. "We need something positive and this is positive."

But the British find our American enthusiasm a wee bit amusing.

Barbato doesn't care. She has one thing she's dying to see - a replay of a kiss on a balcony from 30 years ago.

"It's Diana's son and it's his wedding day and he will come out with his new princess," Barbato said. "And just the idea of it ... that's the fairy tale."

In fact, this tale has just such an ending.

Tracy told Barbato that CBS has space in its broadcast booth he could probably get her family into.

Because it is a moment she's been waiting for all her life.