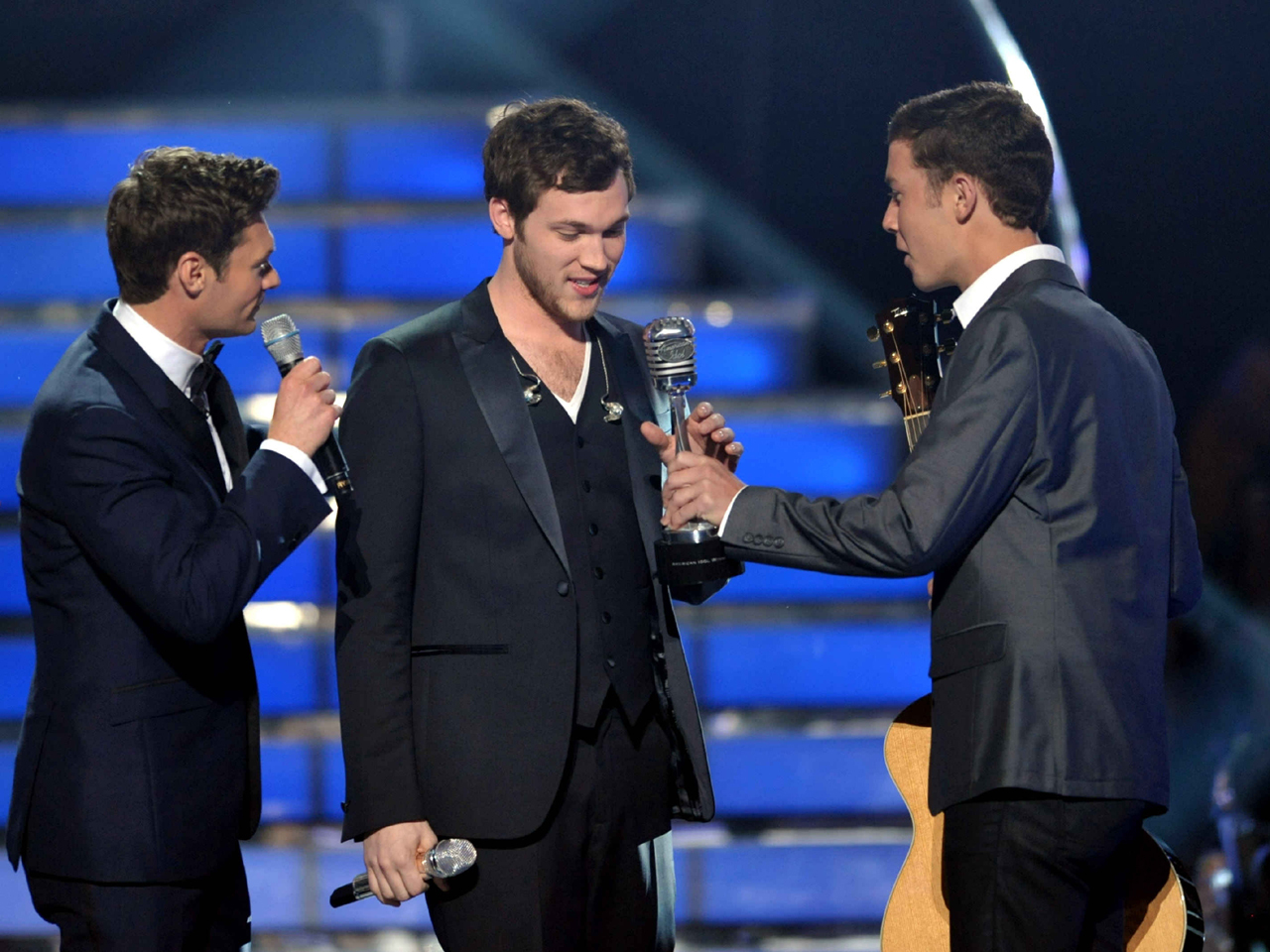 (CBS/AP) The "American Idol" matchup between Phillip Phillips and Jessica Sanchez apparently didn't appeal to as many TV viewers as previous contests.

The crowd that tuned in Wednesday night when bluesy guitar man Phillips won the "Idol" crown constituted the smallest for an "Idol" finale in the show's history, according to final Nielsen Co. figures.

The audience of 21.5 million was down by nearly one-third from the 29.3 million viewers who saw country singer Scotty McCreery's victory a year ago, an audience total that had rebounded by 20 percent from the finale in 2010. Even a host of special guests couldn't save it Wednesday night.

The Fox singing competition has experienced ratings erosion during this entire season, its 11th.

ABC's "Dancing With the Stars" finale on Tuesday night also drew its lowest audience ever for a season-capper, averaging 17.8 million viewers, down about 18 percent from a year ago.