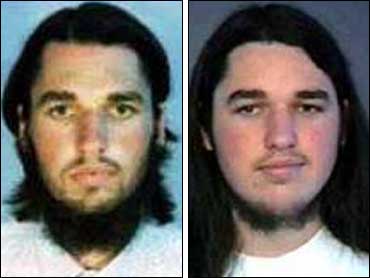 Adam Gadahn, an American-born convert to Islam who joined al Qaeda, has become the first American to be indicted on federal charges of treason since World War II.

Gadahn is believed to have attended the terrorist group's training camps in Pakistan and served as one of its translators. He has become known as Azzam al-Amriki, or "Azzam the American."

The crime of treason is laid out in the Constitution. It requires either testimony of at least two witnesses or an in-court confession for a conviction. No American has been charged with treason in the past 50 years.

The indictment stems from officials' worries about the "propaganda effect" of Gadahn's threats and did not want them to go unanswered, CBS News' Stephanie Lambidakis reports.

It quotes Gadahn as saying: "The streets of America shall run red with blood
... casualties will be too many to count and the next wave of attacks may come at any moment." He also said, "So after all the atrocities committed by America ... why should we target their military only?"

Gadahn appeared last month in a 48-minute video along with al Qaeda's No. 2 leader, Ayman al-Zawahri, calling on his countrymen to covert to Islam and for U.S. soldiers to switch sides in the Iraq and Afghan wars.

It was the second time he appeared in the same video with al-Zawahri. In a July 7 video marking the one-year anniversary of the terror attack on London commuters, Gadahn appeared briefly, saying no Muslim should "shed tears" for Westerners killed by al Qaeda attacks.

Beyond that, authorities believe he is the masked figure who appeared in two previous videos not officially from al Qaeda, one given to ABC television in 2004 and another made a few days before the fourth anniversary of the Sept. 11 attacks.

"We invite all Americans and unbelievers to Islam," Gadahn said in one video, dressed in a white robe and turban with a long, thick black beard and a computer terminal in the background.

Gadahn is believed to be overseas, not in U.S. custody. But it has been reported that the FBI has sought Gadahn for questioning since 2004. Gadahn now tends to call himself Azzam the American, Lambidakis reports.

Raised in Southern California on a Riverside goat farm, Gadahn converted to Islam and worshipped at the Islamic Society of Orange County in 1997 before being expelled for attacking one of its leaders.

His mother last spoke to him by phone in March 2001. At the time he was in Pakistan, working at a newspaper, and his wife was getting ready to have a child.