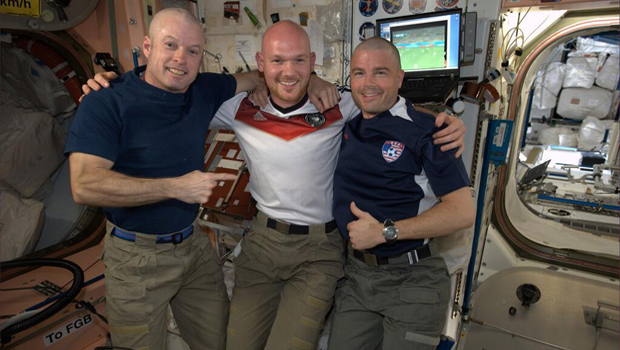 When the U.S. lost to Germany last week in the World Cup, it was bad news for American astronauts Steve Swanson and Reid Wiseman.

Needless to say, it was soon time to pay up -- and the crew captured it all on camera.

Mission Control suggested that the American astronauts look on the bright side, pointing out that "bald is more aerodynamic when flying."

Already bald himself, Gerst made quick work of the Americans' hair -- posting the final photos to Twitter.