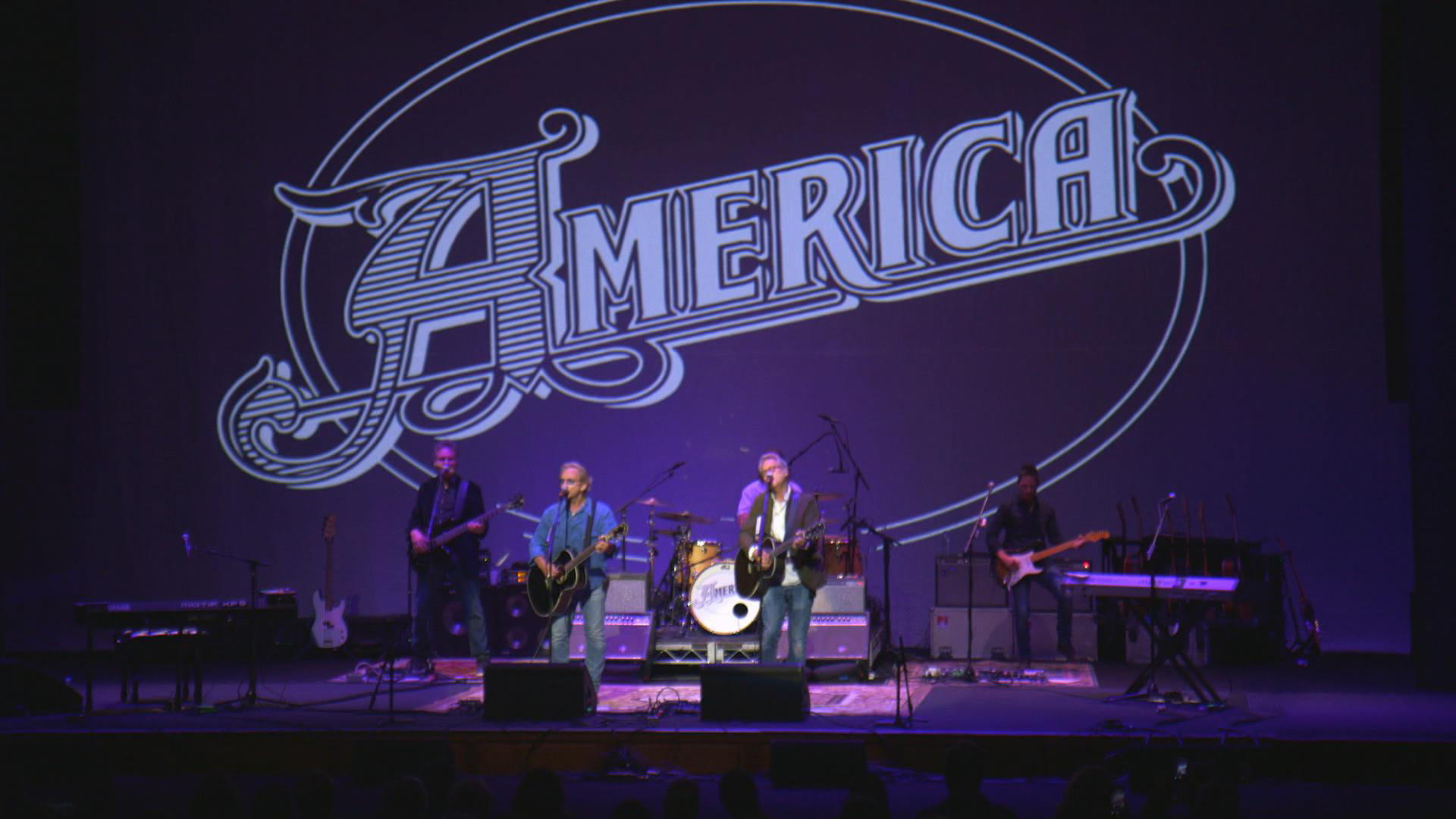 "Ventura Highway" was a very big summer song back in the 70's for the band that's known as America. So what are its founders up to these days? Still traveling a familiar road. John Blackstone reports

With the top down and the music up, what better way to drive toward Ventura, California, than with the guys who made the song "Ventura Highway" a hit. Dewey Bunnell and Gerry Beckley of the band America are in their 50th year making music together.

"Both of have said, of all of the hits, that might be our favorite because it's really such a signature America sound, you know?" Beckley told John Blackstone for "CBS Sunday Morning."

"I think it sustained its youthful optimism and stuff, yeah," Bunnell said. "And again, that guitar lick, as soon as you hear it."

The two met in high school.

"We actually met on the track team," Beckley said. "We were juniors, 11th grade together. So we had the last two years together in high school."

They both come from military families. Their fathers were stationed at an American Air Force base in England. They went to high school in London.

"So we were, you know, catch-- catching double-decker buses, in the tubes and going down to the sweet shop and being part of the British culture," Bunnell said.

It was the late 1960s and British culture was alive with rock music. With another high school friend, Dan Peek, they started playing some shows around London and needed a name.

"It was a way to kind of define who we were in the U.K.," Beckley said. "Oh, that's those American kids, I guess. They're called America. But it was a bit confusing because when we came over to the states to unveil the first album, a lot of the ads said, you know, 'Direct from England, America.'"

They were not one of those bands that struggle for years to get noticed, America hit it big virtually overnight.

"It was like a rocket ship within six months," Beckley said.

"We met a few key people around London who we caught their ear," Bunnell said. "We played a couple of pub things. And the songs were selling themselves."

"Everything just seemed to be going, in our minds, according to plan," Beckley said. "It was everybody around us, Warner Brothers in the U.K. are going holy God. What-- what's happening here?"

Things really started happening when they released a song involving a horse with no name.

"It's a fond memory of the times I'd spent with my brother in the southwest," Bunnell said. "And rainy, old England being what it is at times, it was nice to think about. The heat was hot and plants and birds and rocks and things."

With a number one album in America, the three teenagers were suddenly rock stars.

"It just seemed like everything was coming together for us. We didn't have a big plan," Bunnell said. "I think we just wanted to be part of our generation. You know, we were kind of Woodstock children or something. And there was this thing in the air. And these songs were coming out of us because they had to come out."

Not only did they have a string of hits, they even had their own airplane.

"Oh yeah. All the excesses started piling on. And that was fun," Bunnell said.

"And it was a difficult decision, but it turned out to be the right thing for all of us," Beckley said." "Dan went on to redefine his life. He became a born-again Christian and started recording Christian music which we supported and sang on sometimes."

Bunnell and Beckley carried on as "America."

"And within a few years, we had started having hits as a duo," Beckley said. "'You Can Do Magic' was shortly after that and, you know, chapter two."

Chapter two has turned out to be a long one. They are still touring. Playing nearly a hundred shows a year for fans of all those hits from the 1970s and 80s.

"We saw the advent of the disco movement and you know, sort of glitter rock and then new wave and all of those. We weren't that great at adapting to that kind of stuff," Bunnell said.

But their music has endured, and their relationship has too.

They sing in harmony, but they don't go fishing together. Dewey has a home deep in the woods near Land O' Lakes, Wisconsin.

"And it sure is away from the maddening crowd of rock and roll," Bunnell said.

Since his childhood he's been drawn to nature.

"We'd go out into the woods, or the desert, or down to the river or the creek or the lake and poke around, so it's an extension of what I really did as a kid," Bunnell said.

Gerry is more at home in the city. His place in Los Angeles is crowded with books and his own photographs. There is also the Grammy from 1972 he accidentally broke, America was voted best new artist that year.

He has published books of his photographs and often wanders his neighborhood near Venice Beach documenting whatever catches his eye.

America will spend much of this 50th anniversary year on the road playing 89 concerts in the U.S. and Europe.