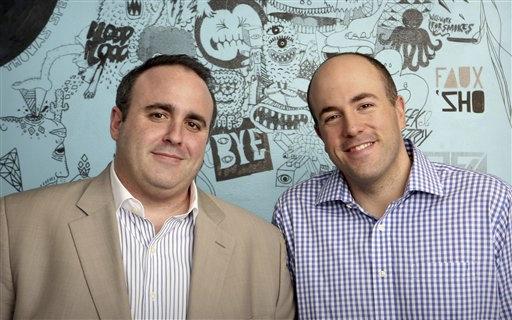 Jon Stewart's "America (The Book)," the television commentator's million-selling riff on politics and other matters of satire, has been named Book of the Year by Publishers Weekly, the industry trade magazine.

In announcing the award Monday, Publishers Weekly called the book "a serious critique of the two-party system, the corporations that finance it and the 'spineless cowards in the press' who 'aggressively print allegation and rumor independent of accuracy and fairness."'

Stewart, a comedian, is best known as the host of The Daily Show, a satirical news program that airs on the cable network Comedy Central.

His book was released in September and immediately topped best-seller lists even as Wal-Mart declined to stock the book, citing a page featuring the faces of the nine Supreme Court justices superimposed over naked bodies. The page facing the nude photos has cutouts of the justices' robes, complete with a caption asking readers to "restore their dignity by matching each justice with his or her respective robe."

Earlier this year Stewart sparked a feud that straddled the line between politics and entertainment when he appeared on the CNN debate show "Crossfire" and angered its bow-tied conservative host Tucker Carlson by calling the show "partisan hackery" that does little to advance the cause of democracy.