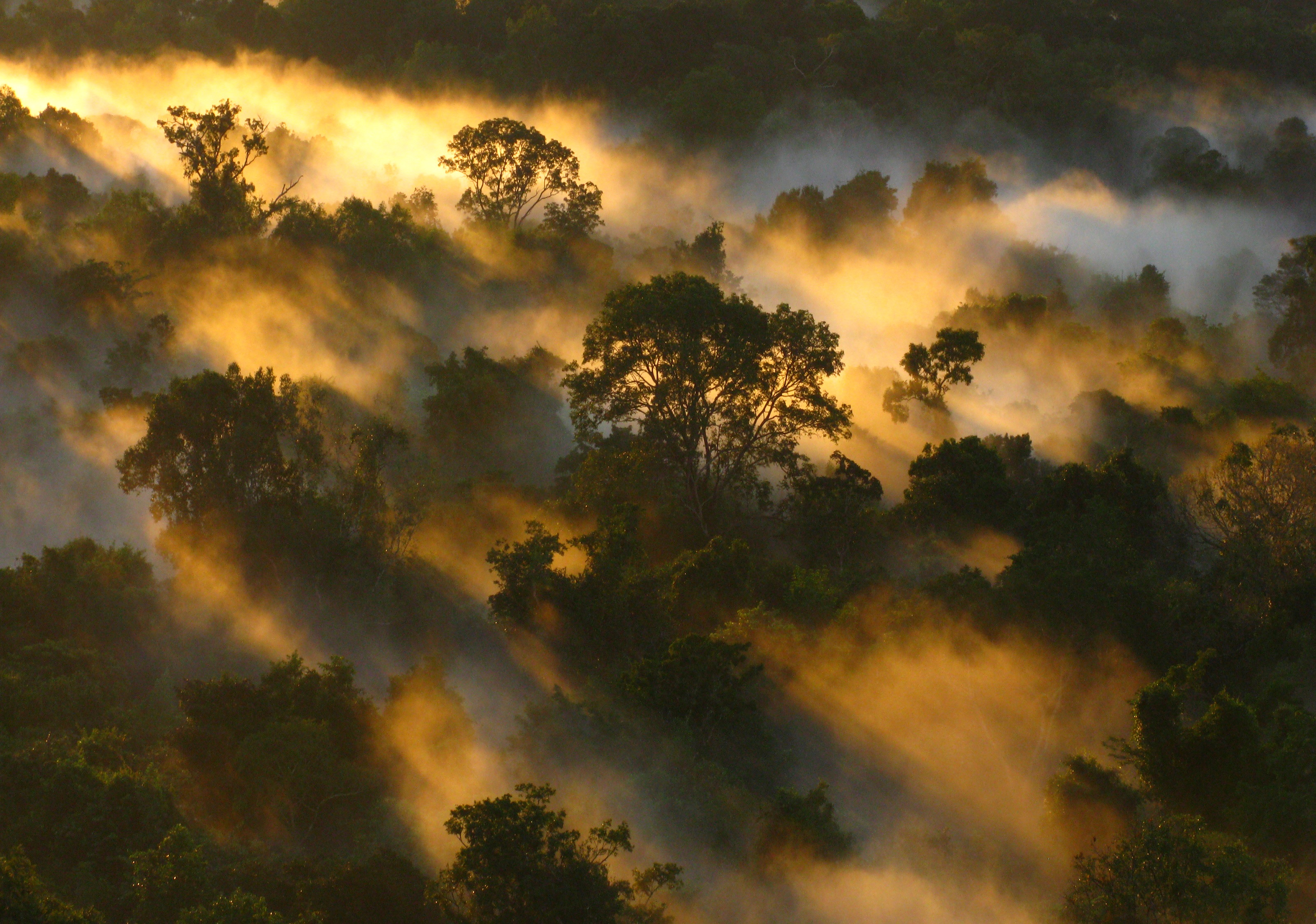 The Amazon has long been seen as a life preserver of sorts in the global warming fight, its lush forest storing billions of tons of carbon.

But now a paper published in Nature Wednesday says that the Amazon is losing its capacity to serve as a carbon sink. In a 30-year study of the South American tropical forest, an international team found that the Amazon has gone from storing 2 billion tons of carbon dioxide each year in the 1990s to half that now.

As a result, emissions across Latin America have now overtaken the amount of carbon dioxide stored.

"The Amazon has been doing us a great service in taking up large part of our CO2 emissions," Roel Brienen, the lead author, from the University of Leeds, told CBS News. "What our study basically shows at least for the Amazon basin is that there is a limit to how far this goes, how far the Amazon can continue to take up carbon from the atmosphere and store it in the forests."

Brienen said researchers couldn't fully explain this decline, though drought and unusually high temperatures in the Amazon could be to blame. But they think it has to be more than that, since the die-off of millions of trees began before an intense drought in 2005.

One theory is that an increase of carbon emissions could be influencing the life cycles of trees in the forest. To calculate changes in carbon storage they examined 321 forest plots across the Amazon, identified and measured 200,000 trees, and recorded tree deaths as well as growth and new trees since the 1980s.

"With time, the growth stimulation feeds through the system, causing trees to live faster, and so die younger," said Oliver Phillips, a co-author on the paper who is also from the University of Leeds.

Brienen agreed, saying the study illustrated that models suggesting that increased carbon dioxide is good for trees and other vegetation like agriculture crops might be "too optimistic."

"Climate change models that include vegetation responses assume that as long as carbon dioxide levels keep increasing, then the Amazon will continue to accumulate carbon," he said. "Our study shows that this may not be the case and that tree mortality processes are critical in this system."

William R. L. Anderegg, a NOAA Climate & Global Change Postdoctoral Fellow at the Princeton Environmental Institute who did not take part in the study, said the findings were "big news" and showed the potential limits of forests as a solution for combating global warming.

"Scientists have known for a long time that eventually forests would saturate and their carbon uptake would decline to zero over time as mortality of trees caught up with the increased growth rates," Anderegg said. "But what's really stunning to me is that we thought this saturation would occur decades from now, even towards or beyond the end of the century. This study shows that it really seems to have started in the 2000s. That's decades before we expected. This is bad news, because forests are currently one of the most effective carbon sinks."

At 6 million square kilometres, the Amazon forest covers an area 25 times as great as the United Kingdom (or 15 times the size of California), and spans nine countries, of which by far the largest is Brazil.

It remains a critical component to the environment in South America and beyond. Not only does the Amazon forest each year process 18 billion tons of carbon - more than twice as much carbon as the combined emissions of all the fossil fuels burned in the world - but its water vapors are critical to agriculture in the region.

Until now, much of the focus in the Amazon has been on deforestation, which had declined from 2004 to 2011 in part due to a moratorium on soy in forested areas. But it inched up in 2013 and then skyrocketed last year, increasing 467 percent over a year earlier.

But that doesn't seem to be the problem here. Considering this study was conducted in tracts untouched by logging, it suggests there may be a more troubling trend at work that could force scientists to recalculate models that have factored in forests as a key component to fighting climate change.

It may be that the tropical carbon sink is becoming saturated, posits Princeton's Lars O. Hedin. "The CO2 component of climate change may become substantially more difficult to manage and abate in the future if the findings from the Amazon basin apply more generally to the land carbon sink," he wrote in an article accompanying the study.

The findings - if confirmed to be happening in forests around the world - could put pressure on world leaders to make deeper cuts on global greenhouse gas emissions when they meet in Paris later this year to forge a new climate agreement.

Currently, world leaders are hoping to ink an agreement that would keep global temperatures from rising more than 2 degrees C (3.6 degrees F) over what they were in preindustrial times. The various scenarios all contain efforts to preserve forests as part of a climate strategy.