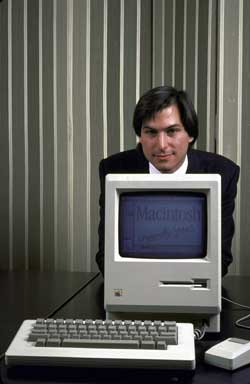 Years after 1969, Shea Stadium is still bad luck for the Baltimore Orioles.

singled home the winning run with two outs in the bottom of the ninth inning Thursday night and the New York Mets beat Baltimore 3-2.

A crowd of 35,156 saw the Mets complete a two-game sweep at Shea, a place where Baltimore has not had much success. The only other time the Orioles played the Mets at Shea was the 1969 World Series, when the underdog Amazin' Mets swept three games to win the championship.

"It has nothing to do with the ballpark," said Baltimore bullpen coach Elrod Hendricks, a member of those 1969 Orioles. "You make your own breaks. It's all a part of the game."

After pitching coach Mike Flanagan visited the mound, Baerga followed with a soft single to right-center and there was no play at the plate.

"We all know about that first month" when Baerga slumped, Valentine said. "Since then, he's hitting over .300."

The Mets finished with nine hits, exactly one in every inning. Dennis Cook (3-2) was the winner.

New York defeated the Orioles for the third straight game and went 3-1 in its four-day, home-and-home series with Baltimore. Nxt up for the Mets in interleague play is the much-awaited Subway Series against the Yankees, beginning Friday night at a sold-out Shea Stadium.

"We're going to take it one game at a time and enjoy it," Mets reliever John Franco said. "It will be our crowd, our fans."

Mike Piazza made it 2-all with a sacrifice fly in the Mets seventh. Wayne Kirby, pinch-hitting for Hideo Nomo, opened with a triple and Piazza hit a fly ball against Scott Erickson.

Nomo allowed only four hits and struck out eight in seven innings, but remained winless in 10 starts since April 28. He is 0-1 in four starts since Los Angeles traded him to the Mets this month.

"It's a great feeling to know that I helped the team win," Nomo said through an interpreter.

Erickson showed surprising prowess at the plate for an AL pitcher with two walks, a sacrifice bunt and a run scored.

Roberto Alomar, batting fourth for only the third time this season, looked like a cleanup hitter when he homered leading off the Orioles fourth. He broke an 0-for-10 skid with his drive off the foul screen in right field.

Erickson walked with one out in the fifth and moved up on a two-out wild pitch. He scored his second run of the season when Joe Carter doubled for a 2-0 lead.