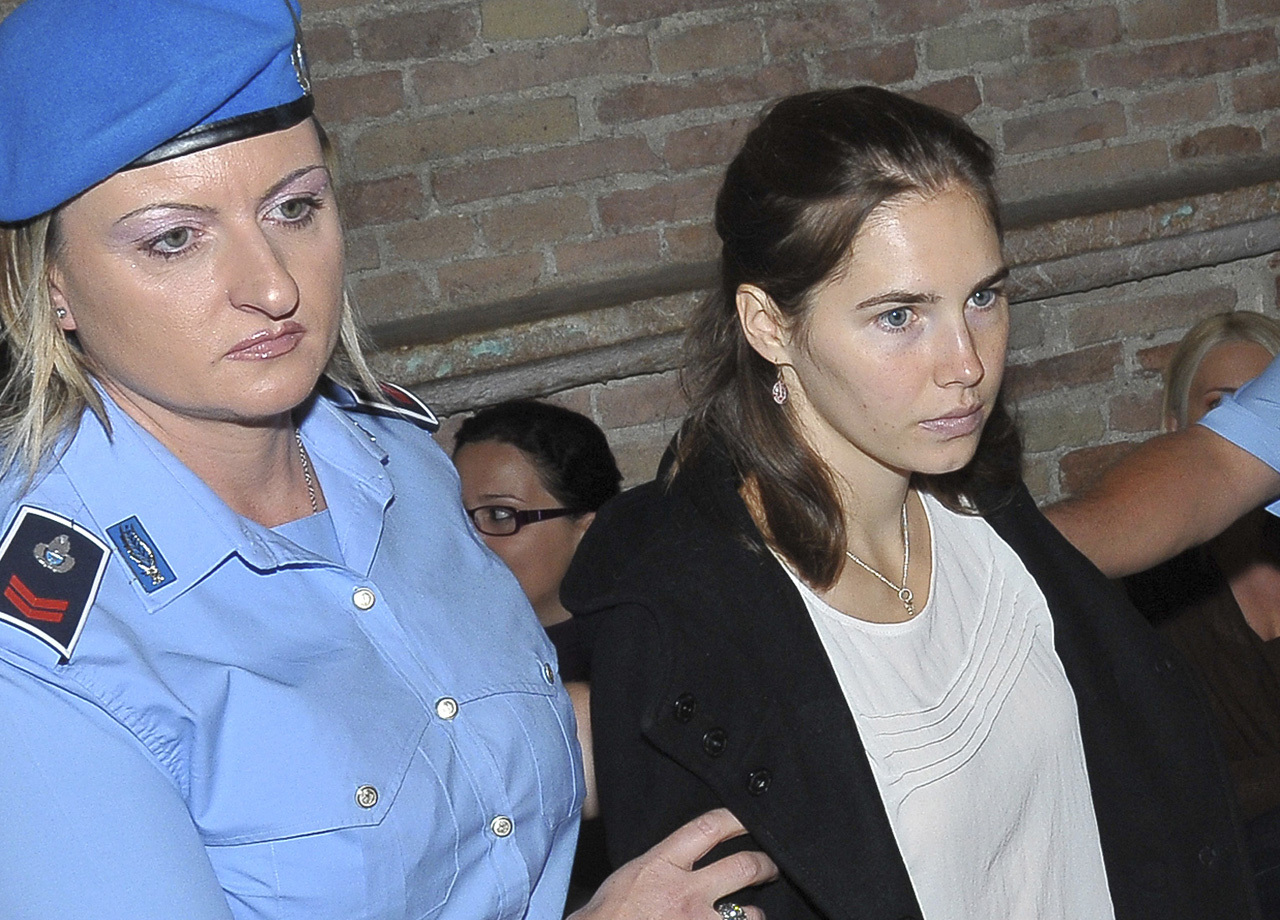 Amanda Knox has plenty of reasons to be anxious. It is a make-or-break week for her. If things go her way - and her defense lawyers are confident they will - she could be set free as early as a week from today.

Or, she could be spending the rest of her life in an Italian prison. In closing arguments over the weekend, prosecutors not only said that is there more than enough evidence that she's guilty, but that she should get life in prison instead of her current 26-year sentence.

Knox says she's feeling the strain - and she looked it as she arrived in court this morning, reports CBS News correspondent Charlie D'Agata.

Her friend Madison Paxton described Knox as "very hopeful" because the appeals trial "has been so completely different from the first."

Those hopes are pinned on a new forensic report that casts serious doubt on crucial DNA evidence from the first trial, in which she and former boyfriend Raffaele Sollecito were found guilty of murdering her roommate, British student Meredith Kercher, in 2007.

On Monday gruesome photos of Kercher's body were shown in court. They showed the semi-naked body of the 21-year-old victim, her face and throat covered in blood. Silence fell on the courtroom. Knox glanced at one point, but mainly seemed to keep her head down while the graphic images were being shown.

A lawyer for the Kercher family said Monday he was showing the photos to remind the court that "we're not in a TV show."

On Monday the appeals court also heard from lawyers for Diya "Patrick" Lumumba, the Congolese owner of a Perugia bar, whom Knox originally accused of committing the murder.

Lumumba's lawyer Carlo Pacelli called Knox a "she-devil" who loves "wild sex," and who knowingly lied to police to sidetrack the investigation.

"Who is Amanda Knox?" Pacelli asked the court. "Is she the mild-looking, fresh-faced person you see here, or the one devoted to lust, drugs and alcohol that emerges from the court documents?

"Both a (saint) and a demonic, satanic, diabolical she-devil, which leads her toward borderline behavior. This was the Amanda of Nov. 1, 2007," the night of the murder, he said.

He insisted that, at the time of the crime, "she was an explosive mix of drugs, sex and alcohol."

[Lumumba is a civil plaintiff in the case, and in Italy civil portions of cases are heard at the same time as the criminal matter.]

"It's always difficult when your innocent daughter is being, you know, a prosecutor asks for her life in prison," said Amanda's father, Curt Knox. "But, you know, I still have great hopes in terms of the appeal process."

Italian TV showed a letter Knox wrote from her cell to a local politician in which she stated, 'I'm very tired, maybe because it's hot in here or because I'm worried about the end of my case."