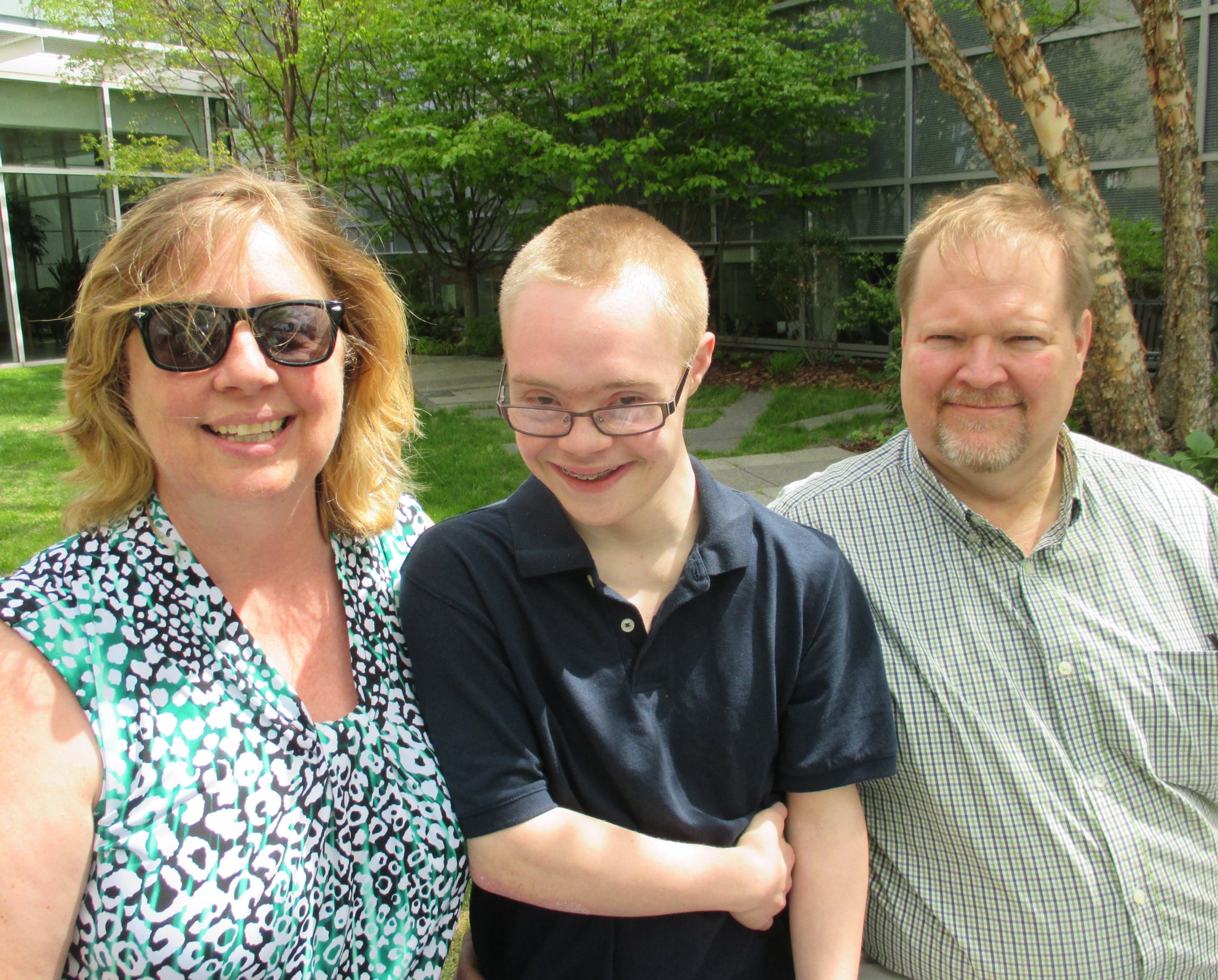 Nineteen-year-old Patrick McGuire lives for video games, has crushes on girls, does chores and sometimes gets grounded by his parents when he doesn't follow their rules -- just like millions of other teens. But Patrick has some extra needs and health challenges that come with having Down syndrome.

Patrick has also taken part in a potentially groundbreaking experiment: testing a new drug that could help improve memory and cognition in people with Down syndrome and possibly patients with Alzheimer's.

When his parents, Martha and Gerry McGuire, first learned of the drug trial, they were interested right away. This wasn't because Patrick struggles more than his peers. Rather, it was because their son continues to surpass their expectations. His family wondered if the drug could give their son even more of an edge.

The McGuires, who live in Gardner, Massachusetts, first learned the news that their son would be born with Down syndrome 23 weeks into the pregnancy, after a blood test detected elevated proteins indicating the genetic disorder. An amniocentesis confirmed the diagnosis. The couple says that terminating was never an option for them.

"I think when we found out we definitely went through sort of a grieving process," said Patrick's father. "We were in denial, then we were upset about it and for that reason I personally like the idea of testing ahead of time, mainly because you get all of this emotional baggage out of the way. When Patrick showed up, we were pumped, we were psyched."

Down syndrome is a genetic condition that results when a fetus carries a full or partial extra copy of chromosome 21. Approximately 1 in every 691 babies in the U.S. is born with Down syndrome, according to the National Down Syndrome Society.

Patrick's parents say he's been very lucky. He's a healthy young adult aside from some minor thyroid dysfunction and pesky skin issues. He's able to express himself verbally and reads if he can maintain interest and focus, his parents say.

There currently are no drugs approved for patients with Down syndrome that address cognition and memory. The drug Patrick is helping to test would be the first.

Now in clinical trials, the drug called scyllo-inositol was initially developed as a potential treatment for Alzheimer's disease. It is derived from a naturally occurring sugar alcohol found in coconut palm plants. It's manufactured by Transition Therapeutic, and the company is also funding the testing.

Dr. Brian Skotko, a medical geneticist and co-director of the Down Syndrome Program at Massachusetts General Hospital, is one of the physicians spearheading this research. Skotko, who grew up with a sister who has Down syndrome, told CBS News that while researchers still don't fully understand the drug's mechanism of action, he and others believe it may prove to be therapeutic for both patients with Down syndrome and Alzheimer's disease.

The drug prevents accumulation of beta-amyloid plaques, which is one of the hallmarks of Alzheimer's disease. It also improves working memory. Skotko said research indicates that the formation of brain plaques linked to Alzheimer's disease are "encoded by genes located on chromosome 21."

The drug has yet to earn approval from the U.S. Food and Drug Administration for any purpose. Skotko said if it is proven to be effective for people with Down syndrome, the drug could work double-time -- that is, improve cognition and memory right now and stave off Alzheimer's disease later in life.

"For some adults with Down syndrome, an improvement in cognition could mean the difference, for example, between being able to live semi-independently versus living with significant supports," he said. "For others, an improvement in working memory might open up more job opportunities, leading to even more meaningful employment options."

This is certainly important to the McGuires, who have not ruled out the possibly that their son could eventually live somewhere other than the family home.

The McGuires first contacted the hospital's Down syndrome program when Patrick was 16 years old, but was told they'd have to wait until he turned 17 to enroll. Soon after his birthday, Patrick joined a small phase 2 clinical trial to test the drug's safety and also look for early clues that it could be effective.

"I was a little nervous, but felt that if this helps in the study of other kids with Down syndrome then we were all for it," said Patrick's mother. He took the drug for four weeks. The family can't really say whether the drug actually improved their son's memory function. However, Patrick did not experience any side effects, which indicates that he's a good candidate for a phase 3 trial to assess the drug's efficacy on a larger sample of patients with Down syndrome. Transition Therapeutics has not yet announced or decided if and when they'll conduct that trial so for the time being the family must wait.

Skotko said there is currently another phase 2 clinical trial underway on another drug to improve memory and cognition in people with Down syndrome. That one involves 180 patients worldwide with Down syndrome, with 20 of these patients enrolled at Massachusetts General. In this study, funded by F. Hoffman-LaRoche, patients will take the drug for 10 months.

Maintaining a connection with Down syndrome drug research has also helped the McGuires gain access to some of the most prominent researchers and physicians in the field.

"We get more care specific to Down syndrome," explained Patrick's father. "I think we really want to pay back the way that we can. We can't finance any wings on hospitals but we can participate in studies; it's low-risk to us and a benefit for everyone who has similar conditions."