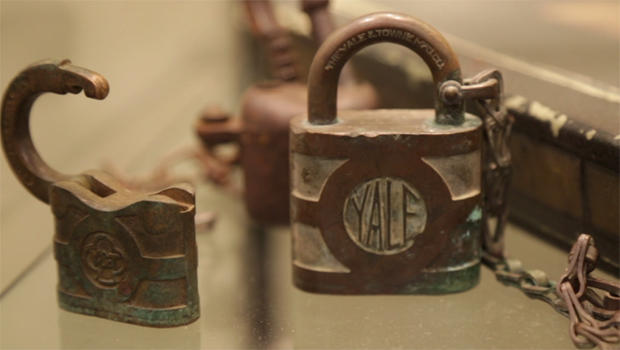 And now a page from our "Sunday Morning" Almanac: May 6th, 1851, 167 years ago today … the day Linus Yale Jr. followed in the footsteps of his lock-inventing father and received his own patent for a lock and key for banks.

His first patent, but hardly his last.

By 1865 Yale had perfected the pin tumbler cylinder lock, the same basic lock used to this day in countless offices and homes – maybe even yours!

Many other Yale locks followed, including an elaborate time lock in 1877, and a line of padlocks beginning in 1879.

Yale expanded to Britain in 1894, where it has become the generic word for any household cylinder lock.

In the year 2000, Yale was acquired by the Swedish group ASSA ABLOY, and today operates facilities in Connecticut and other locations, selling locks that go beyond anything Linus Yale might have imagined.

Among its creations: A lock that works in tandem with a smartphone and needs no key at all.

Which leaves you wondering ... with all this cutting edge technology, how is it that we are FOREVER losing our keys?