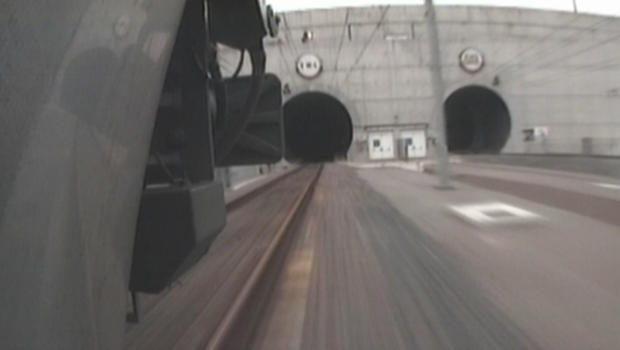 On January 20, 1986, 33 years ago today, British Prime Minister Margaret Thatcher and French President Francois Mitterand broke new ground. For that was the day they agreed to construction of the "Chunnel."

Thatcher said, "The United Kingdom and France have decided today, on the basis of reports by experts, to link their two countries by a twin-bore tunnel."

Although an English Channel tunnel between Britain and France was a long-standing dream, reality had forced would-be travelers to rely on ferries, or anything else that came to mind. But by the mid-20th century, the channel tunnel began to take shape.

Soon after that joint 1986 announcement, construction began for real. And when the British and French tunneling crews first met in the middle in 1990, it was very big news.

In 1994, the tunnel was completed, with Queen Elizabeth and President Mitterand sharing the first ride in a Rolls-Royce carried on a train.

Thirty-one miles long (23 miles of it under water), the Channel Tunnel, or "Chunnel" for short, is a crucial link, both real and symbolic, between Britain and France, carrying high-speed trains between London and the Continent.

How its role might change in the wake of Britain's bitter "Brexit" debate remains unclear since, as of now, there's no light at the end of THAT tunnel.

"Yes, Virginia": The story behind the letter about Santa Claus