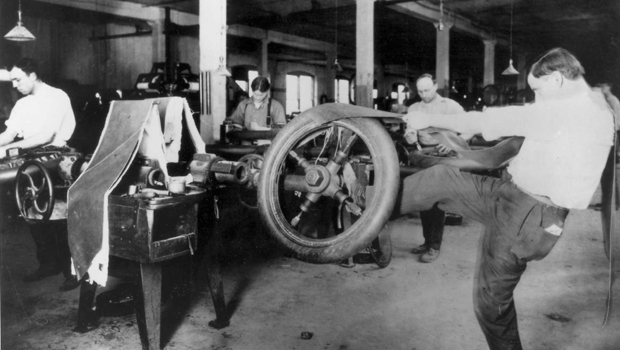 And now a page from our "Sunday Morning" Almanac: June 15th, 1844, 170 years ago today . . . the day a troublesome natural ingredient bounced back.

For that was the day Charles Goodyear received a patent for his "Improvement in India-Rubber Fabrics."

Rubber certainly NEEDED improving. Untreated, it tended to melt in the summer and to freeze solid in winter.

Goodyear, a financially struggling tinkerer from Connecticut, had accidentally stumbled upon the solution: exposing rubber mixed with sulphur and lead to heat.

Rubber, he said in his patent filing, "will be so far altered in its qualities as not to become softened by the action of the solar ray or of artificial heat. . . nor will it be injuriously affected by exposure to cold."

Goodyear named his process "vulcanization," after Vulcan, the ancient Roman god of fire.

As it happened, Charles Goodyear NEVER fully reaped the fruits of his rubber breakthrough. He died in poverty in 1860 at the age of 59.

The process he invented, of course, lives on, adopted by all the major rubber companies in the manufacture of countless rubber products.

Charles Goodyear's name lives on as well, adopted in his honor nearly 40 years after his death by a new rubber company based in Akron, Ohio.

Today, despite plenty of competition in the rubber and tire business, Goodyear is still a name people look up to . . . especially when one of those Goodyear blimps is flying by.

Click on the video player below to watch "Speaking of Rubber," a 1951 instructional film made by the United States Rubber Company.