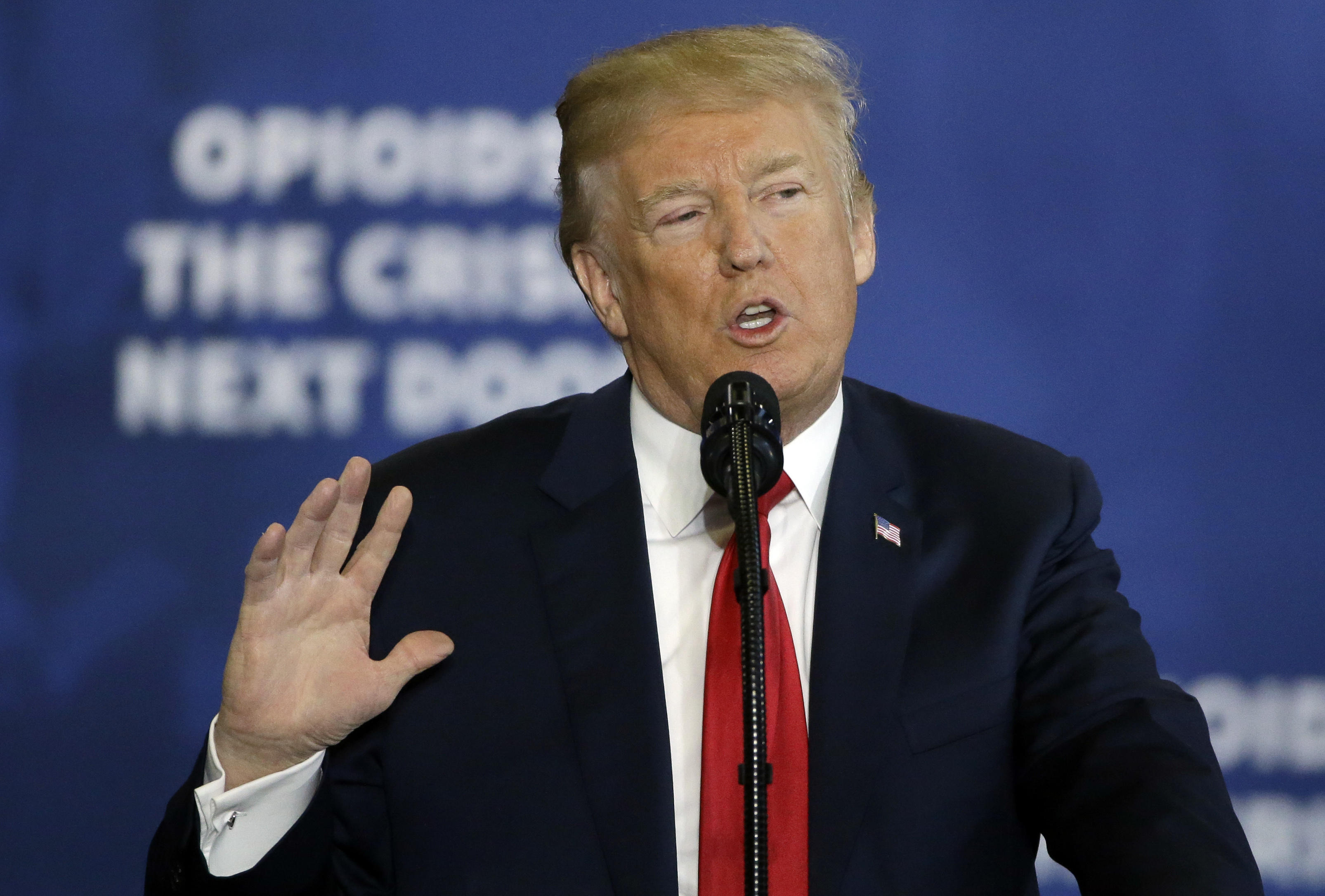 The chorus of women from President Donald Trump's past is getting louder.

In short order on Tuesday:

—A former Playboy model who claims she had an affair with Mr. Trump in 2006 filed a lawsuit in California seeking to invalidate a confidentiality agreement so she can discuss her alleged relationship.

—A New York City judge ruled that a defamation lawsuit by a former contestant on "The Apprentice" can move forward while Mr. Trump is in office. She has accused Mr. Trump of unwanted sexual contact.

"People DO care that he lied about it, had me bullied, broke laws to cover it up, etc.," Daniels tweeted.

Mr. Trump has consistently denied accusations from all three women. He has previously called his accusers "liars" and has deemed such reports "made up stuff." But it was another distraction for a White House already contending with a rash of high-level departures and a stalled legislative agenda.

Some longtime allies questioned whether the accusations would have much impact. More than a dozen women came forward during the 2016 campaign to say that Mr. Trump had harassed them or worse, many speaking out in the wake of the "Access Hollywood" tape in which he was heard bragging about groping women. Some of them spoke out again as the #MeToo movement took off.

"I think we learned through the campaign something we never thought was true. People were able to bifurcate the person from the policies," said former campaign adviser Barry Bennett. "They were willing to overlook the personal behavior or the words on tape."

In the case of the Playboy model, Karen McDougal filed suit Tuesday in Los Angeles County Superior Court against American Media Inc., the company that owns the supermarket tabloid National Enquirer. It had paid her $150,000 during the 2016 presidential election. The lawsuit alleges that McDougal was paid for the rights to her story of an affair, but the story never ran. It also alleges that Mr. Trump's attorney, Michael Cohen, was secretly involved in her discussions with American Media.

McDougal's lawsuit was filed on the same day a New York judge sided with Summer Zervos, a 2006 "Apprentice" contestant. She sued Mr. Trump after he dismissed as "fabricated" and "made-up" her claims of misconduct at a hotel in Beverly Hills, California, in 2007. Her lawsuit sought an apology and at least $2,914.

In saying the suit can go forward, Judge Jennifer Schecter wrote, "No one is above the law."

Mr. Trump's lawyers had argued the Constitution immunized him from being sued in state court while he's president and had said the case should at least be delayed until he's out of office. They said their position was supported by a long line of Supreme Court cases requiring courts to show deference to the president and his schedule.

In 1997, the Supreme Court ruled that a sitting president was not immune from civil litigation on something that happened before taking office and was unrelated to the office. The ruling came after Paula Jones filed a sexual harassment lawsuit against President Bill Clinton. That case was dismissed by a judge, but was appealed. The appeal was still pending when Clinton agreed to pay $850,000 to Jones to settle the case. He did not admit wrongdoing.

Also Tuesday, an attorney for Daniels — her real name is Stephanie Clifford — tweeted what he described as a 2011 photo of Clifford taking a lie detector test during which she addressed her relationship with Mr. Trump. Lawyer Michael Avenatti added the hash tags #searchforthetruth, #whosenext? and #buckle-up.

Daniels and McDougal have offered strikingly similar stories about their alleged relationships with Mr. Trump. Both women claim to have had sexual encounters with him in Lake Tahoe, Nevada, in 2006. McDougal, who was the 1998 Playboy Playmate of the Year, said Mr. Trump also brought her to his private bungalow at the Beverly Hills Hotel.

In a time of rising concern about the treatment of women, the president has repeatedly offered sympathy for men accused of misconduct.

After White House aide Rob Porter was pushed out over public reports that two ex-wives had accused him of abuse, Mr. Trump praised Porter and then appeared to cast doubt on the ex-wives' allegations. The president last year backed Alabama Senate candidate Roy Moore, who was accused of pursuing romantic relationships with teenage girls when he was in his 30s, saying that Moore "totally denies it."

Porter's exit put White House leadership under a harsh spotlight, raising questions about the security clearance process, and prompting calls for the president to state his support for victims of domestic violence. A week later, Mr. Trump declared he was "totally opposed to domestic violence."