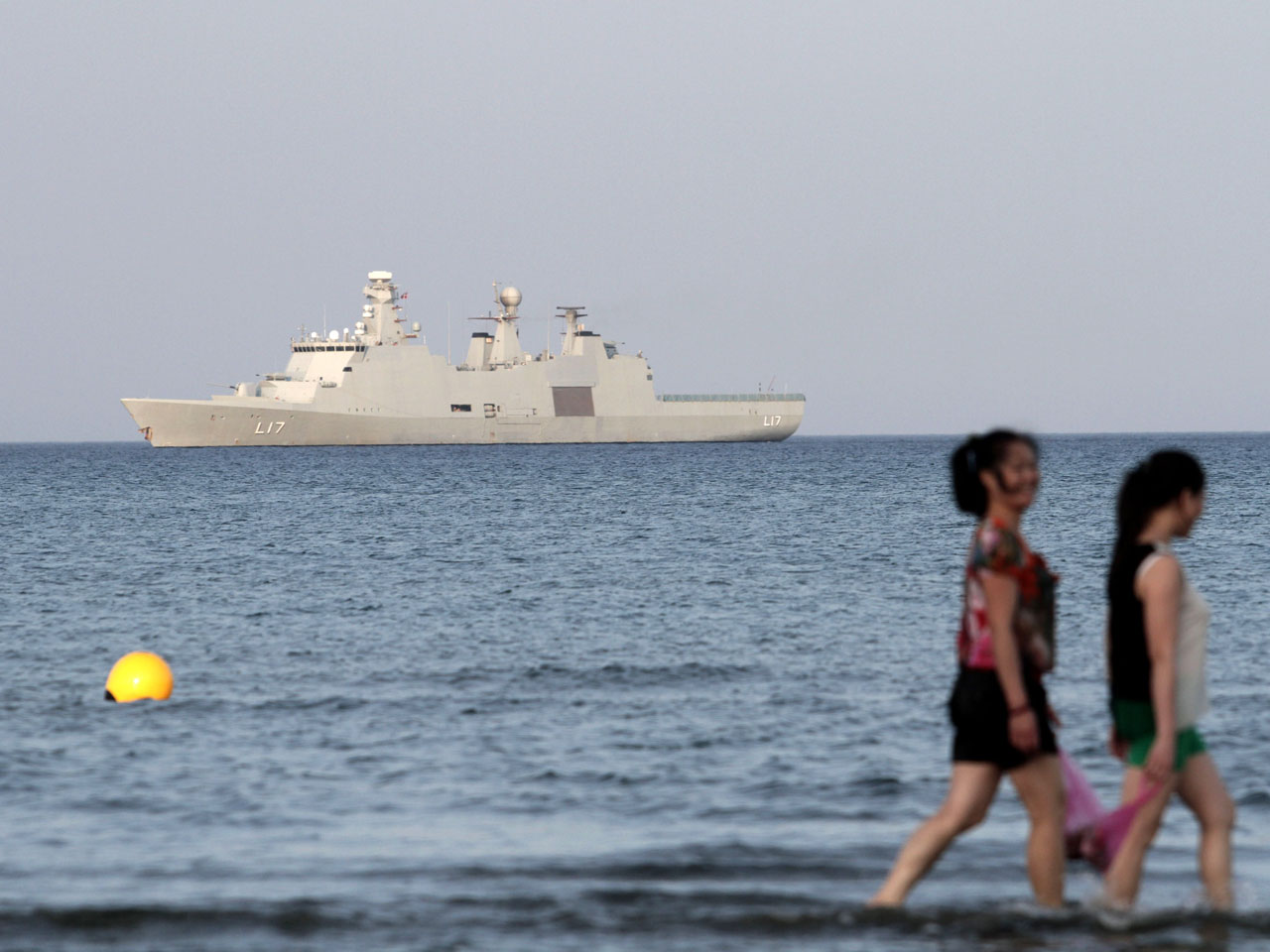 AMSTERDAM -- The organization charged with overseeing the destruction of Syria's chemical weapons program in the middle of the country's ongoing civil war says the last of the its acknowledged stockpile has been handed over.

Organization for the Prohibition of Chemical Weapons (OPCW) director general Ahmet Uzumcu said Monday the final eight percent of the 1,300-ton stockpile has been loaded onto ships in the Syrian port of Latakia. Uzumcu was speaking at a press conference in The Hague.

"Never before has an entire arsenal of a category of weapons of mass destruction been removed from a country experiencing a state of internal armed conflict. And this has been accomplished within very demanding and tight timeframes," Uzumcu said.

The chemical weapons will be destroyed on board a U.S. ship, as well as at commercial facilities in Finland, Germany, the United Kingdom and the U.S.

Syria's government agreed to surrender its arsenal last fall when the U.S. threatened punitive missile strikes after a deadly chemical attack on a rebel-held suburb of Damascus.

Uzumcu was careful to say that his organization only removed the country's declared stockpile.

U.S. Secretary of Defense Chuck Hagel told CBS News last month that there was also concern the Syrians had not completely destroyed their capability to produce new chemical weapons.

The international community, shocked by a chemical attack last August that killed hundreds near Damascus, had aimed to remove and destroy 1,300 metric tons of chemicals by June 30. The August attack was blamed on the government of Syrian President Bashar Assad, which denied involvement.

Under an agreement brokered by the United States and Russia to eliminate Syria's chemical weapons, the government was responsible for getting the most dangerous chemicals to the port for removal by the OPCW, and destroying the rest inside the country. Syria missed several deadlines, including a final April 27 deadline to get all dangerous chemical out of the country.

The Obama administration's own representative to the OPCW, Robert Mikulak, said in an open letter to the organization's chairman that the U.S. government believed Syria intentionally omitted a number of "underground structures" that are directly related to chemical weapons production from their destruction plans under the deal.

The U.S. representative's letter also said "information continues to accumulate" that "toxic chemicals have been used as chemical weapons" more recently in the civil war, a reference to recent allegations of chlorine gas attacks.

OPCW director Uzumcu said Monday his organization's mission is not over.

"We hope to conclude soon the clarification of certain aspects of the Syrian declaration and commence the destruction of certain structures that were used as chemical weapons production facilities," Uzumcu said. "Syria's cooperation with the work of the OPCW Fact Finding Mission will also remain important."