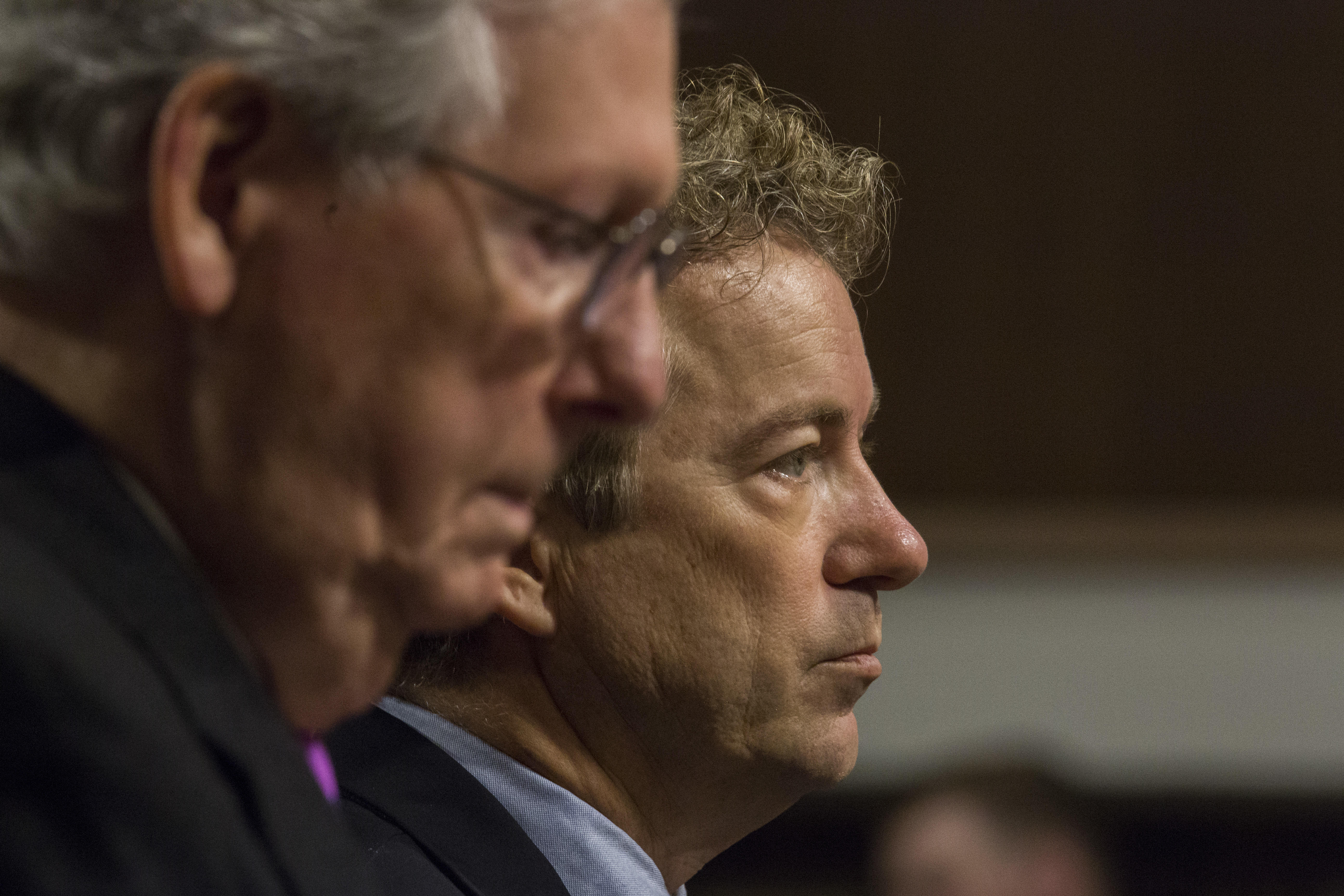 The mechanism Congress will use to undo Obamacare is the arcane budget process known as “reconciliation.” This enables Senate Republicans, who hold a slim majority of 52 - 48, to get around the requirement for a supermajority of 60 votes to pass the repeal. Under reconciliation, they just need a simple majority. But it still won’t be easy.

Senate approval -expected early Thursday - and then House passage as early as Friday would trigger committee action to write repeal legislation that could come to a vote next month. A full replacement would follow sometime after that, presuming Republicans can come up with one.

On Wednesday, starting at around 6:30 p.m. ET, Senate Republicans will take the first step by passing the budget blueprint for the current 2017 fiscal year, along with the reconciliation bill, both of which will just require a simple majority. However, both measures are also subject to unlimited amendments, which are invariably stacked until the end and result in an hours-long series of votes that typically stretch until after midnight.

This is called “vote-a-rama.”

It’s not the repeal itself -- it just sets the repeal process in motion. And it also won’t carry the force of law -- it’s just a blueprint for Congress, and the president will not be signing it. Usually budget resolutions make projections about spending and taxes. The current measure is a “shell” bill that projects almost $10 trillion in new debt over a decade, but enabling action on repeal. Sen. Rand Paul, R-Ky., a strong fiscal conservative, has railed against fellow Republicans about adding to the debt.

Amendments will be posted by the Senate Budget Committee here.

The ensuing repeal legislation - a budget “reconciliation” bill in Washington-speak - would be written by a handful of House and Senate committees with jurisdiction over health issues. It’ll first go to the House, where debate should be fairly routine. When the Senate takes up its version, however, Democrats will have many opportunities to offer amendments. The House and Senate would have to work out their differences before passing a final version and sending it to the White House for Trump’s signature.

One major complication in this ACA repeal process is that reconciliation bills operate under special rules, the most important of which is that its provisions need to have an impact on the budget or else they can be scuttled for being extraneous. This is a huge issue in the case of “Obamacare,” since some pieces of the law, such as mandating that insurance companies cover people with pre-existing medical conditions, can’t be modified in a fast-track reconciliation measure.

For instance, Republicans want to eliminate the requirement that individuals buy insurance. But that could mean too many people who are sick or have pre-existing maladies sign up, while healthier people stay away from the health insurance plans that are available on the law’s state exchanges. That could make the entire system collapse. So using the budget process to repeal most, but not all, of Obama’s health law is an imperfect tool at best.

And replacing the health care law would require the process to start all over again with an entirely new budget resolution - at least for any legislation that wouldn’t need Democratic support. But this one would be far more difficult because Republicans would have to agree on controversial budget matters as well.

Mr. Trump has promised to take executive actions on the first day he’s in office related to the repeal of the health care law. And at his news conference Wednesday, he said that the ACA would be replaced “essentially simultaneously” with something “far less expensive and far better.” As soon as his health and human services secretary nominee, Rep. Tom Price, is confirmed, Mr. Trump told reporters “we’ll be submitting a plan” to repeal and replace Obamacare.