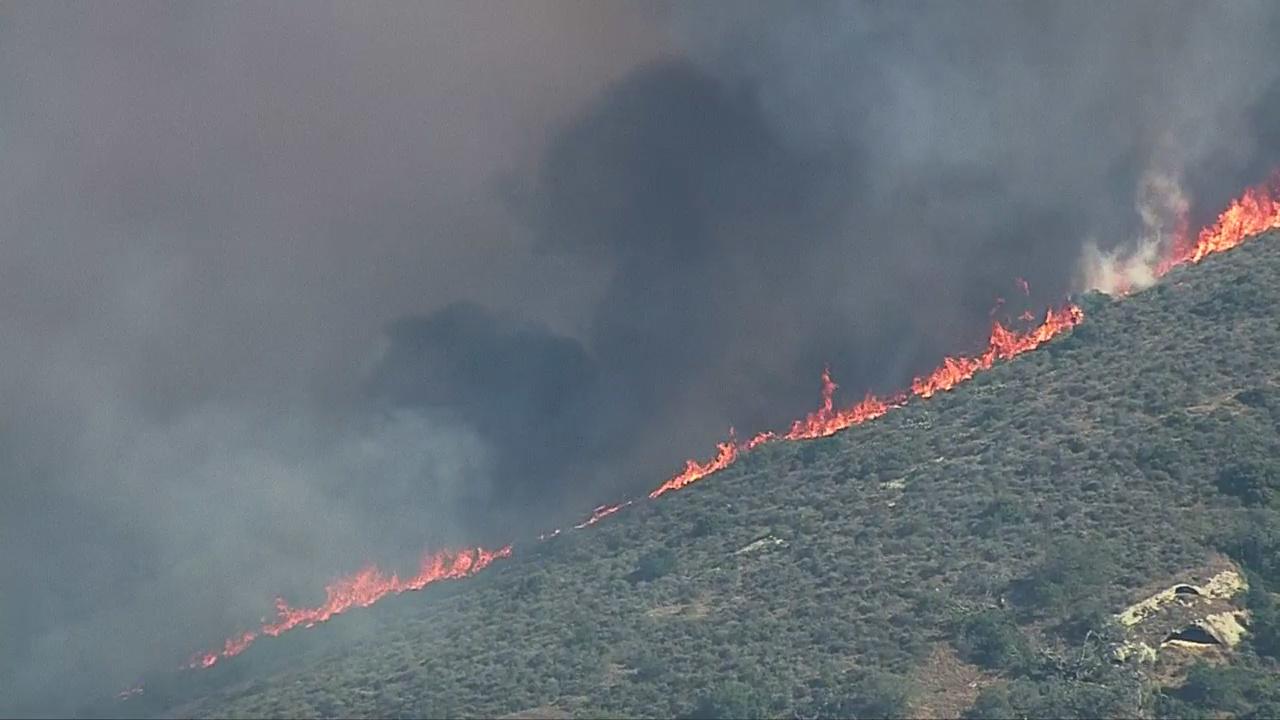 LAGUNA BEACH, Calif. -- Around 1,500 residents in Laguna Beach's Top of the World and Old Top of the World neighborhoods were forced to evacuate Saturday, CBS Los Angeles reports. A wind-driven brush fire burned hundreds of acres and was threatening structures, authorities said.

According to Aliso Viejo city officials, mandatory evacuations began at 5:30 p.m. in Aliso Viejo, affecting nearly 2,000 homes in the area of Wood Canyon and Pacific Park drives. There was word late Saturday that the evacuation order would be lifted at 9 p.m. local time, according to a tweet from city officials.

Fire officials tweeted that crews "will remain throughout the night and day tomorrow." They expected to "make good progress with little to no wind."

Multiple fire engines were in place and more than 400 firefighters from OCFA and Long Beach Fire Department responded.

Both ends of Wood Canyon Road had been closed and residents who left their homes were not allowed to return due to smoke and ash and a need to keep roads clear for first responders.

According to the Newport-Mesa Unified School District, Costa Mesa High School, which was scheduled to hold its prom Saturday at Soka University, was forced to postpone the event one week.

One firefighter has reportedly suffered a minor leg injury.

This is a developing story. Refresh this page or keep an eye on CBS Los Angeles for the latest updates.