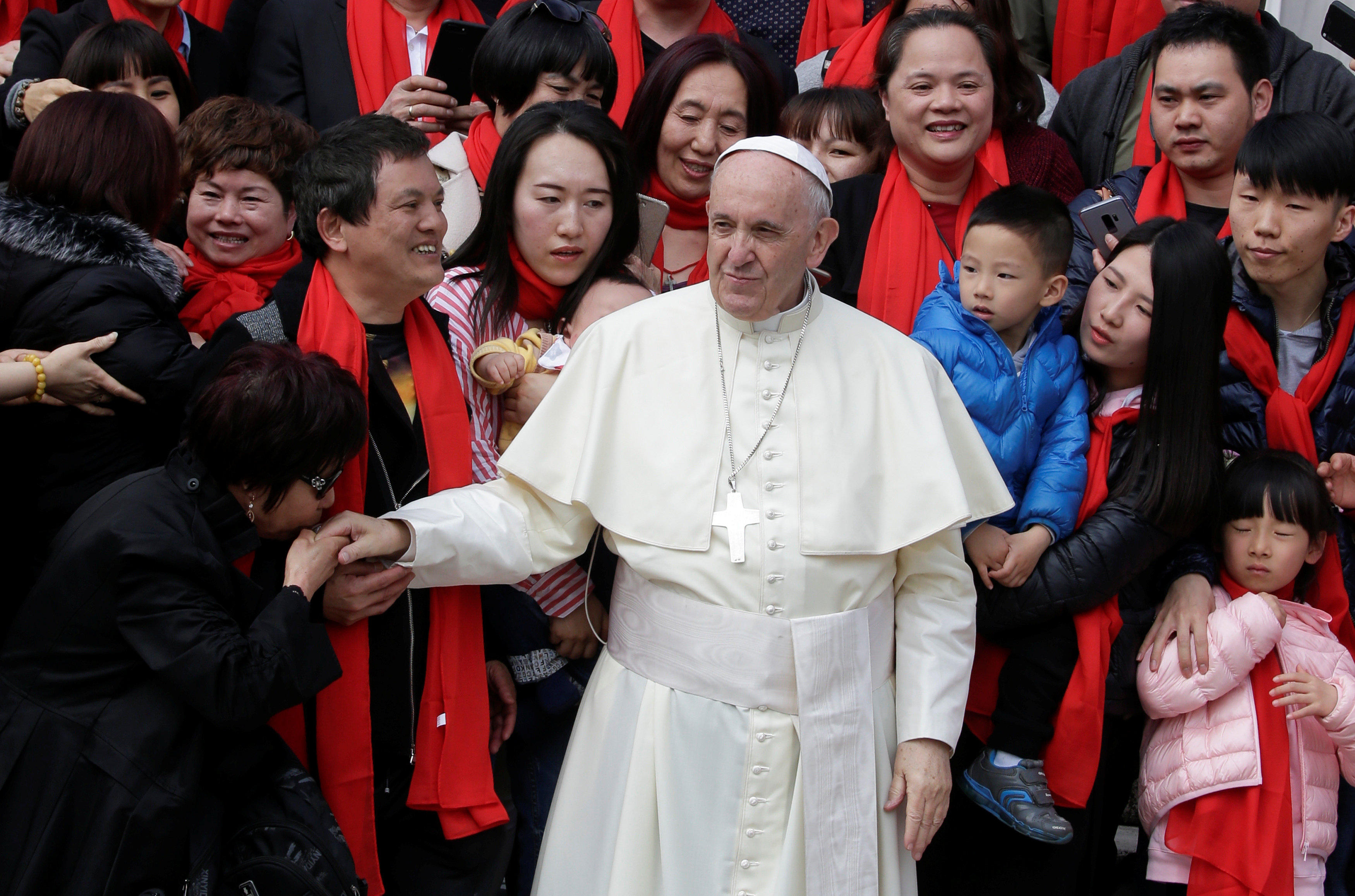 VATICAN CITY -- The father of a terminally ill British toddler met Wednesday with Pope Francis and begged him to make another bid for his son's life, after an appeals court ruled that the child cannot be taken to Italy for further medical treatment. Francis obliged, holding a minute of silent prayer for 23-month-old Alfie Evans during his weekly general audience and insisting that the only one who can give and take life is God.

"It's our duty to do everything to care for life," Francis told the crowd of thousands in St. Peter's Square.

Alfie's parents have been engaged in a protracted legal fight with doctors over his care.

Earlier court rulings blocked further medical treatment and ordered life support to be withdrawn. On Monday, the Court of Appeal upheld the lower court conclusion that flying Alfie to a hospital in Rome - the Vatican's Bambino Gesu pediatric hospital - would be wrong and pointless.

Alfie's father, Thomas Evans, met with Francis before the pope's general audience and asked him to make a public appeal about the value of life. Evans clutched a green rosary during the emotional encounter, and a visibly moved pope embraced him.

Alfie is in a "semi-vegetative state" as the result of a degenerative neurological condition that doctors have been unable to definitively identify.

It was Francis' second appeal this week for Alfie, and the second time in recent months that the Vatican has intervened in a case of a sick British toddler.

Last July, Francis spoke out on behalf of Charlie Gard, who died from a rare genetic disease after his parents waged a court fight to obtain treatment for him outside of Britain. That included an effort to get their son an experimental treatment in New York. However, his doctors in the U.K. saw no hope of recovery.

In appealing the lower court rulings, Alfie's parents, Tom Evans, 21, and Kate James, 20, argued their son had shown improvement in recent weeks. But doctors said his brain was eroded and his condition was irreversible.