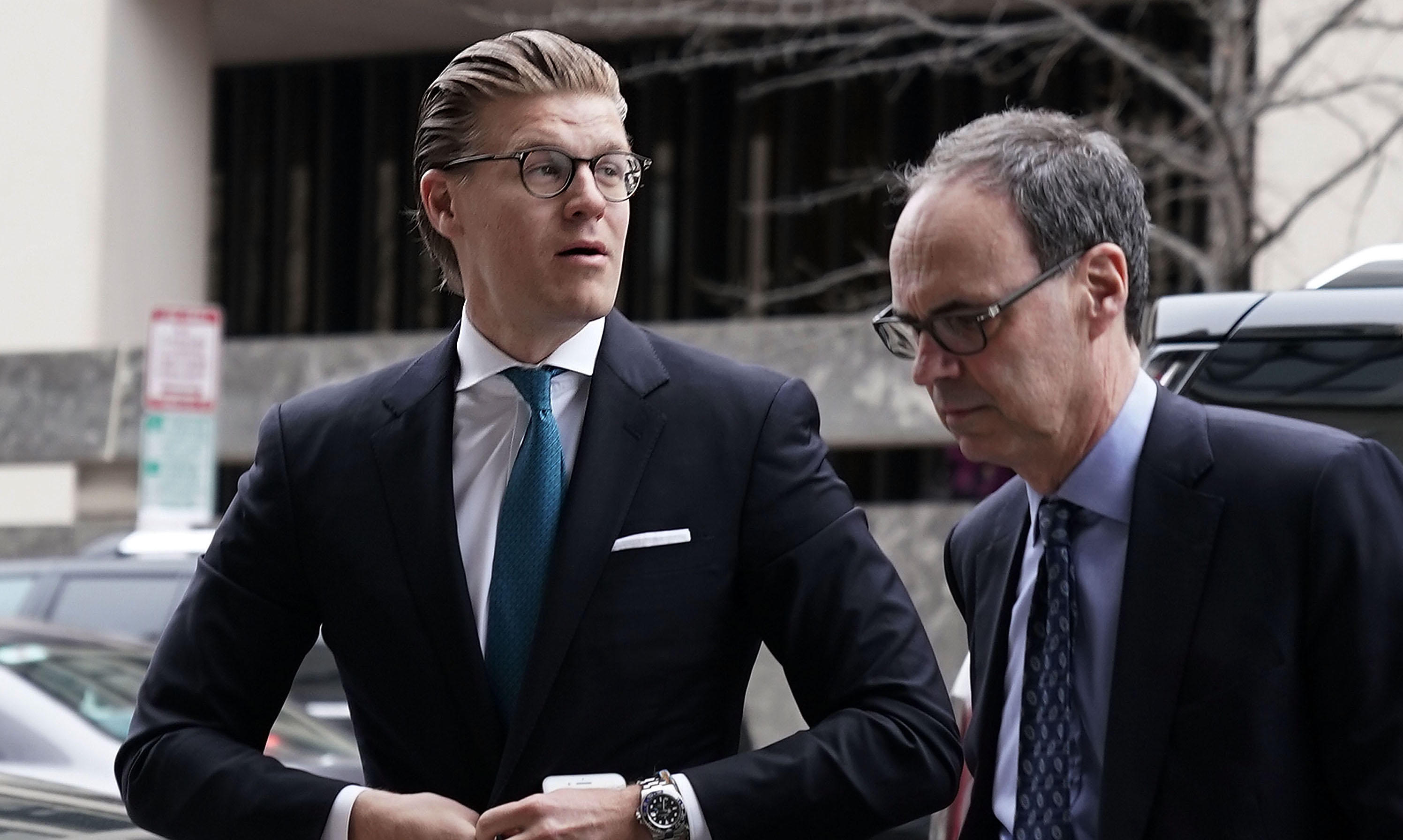 In the first sentencing of special counsel Robert Mueller's investigation into Russian meddling, Alex van der Zwaan, the 33-year-old Dutch lawyer who pleaded guilty in February to lying to special counsel prosecutors and the FBI, was sentenced Tuesday morning to 30 days in prison and a $20,000 fine. That sentence will be followed by two months of supervised release.

According to court documents, on November 3, 2017, the former associate of the firm Skadden, Arps, Slate, Meagher & Flom "did willfully and knowingly make materially false, fictitious, and fraudulent statements and representations" as he answered questions from the FBI regarding his work as an attorney at a law firm doing work for Ukraine.

The document said he lied about his communication in August 2016 with Rick Gates, a former Trump campaign adviser and associate of ex-campaign chairman Paul Manafort. Gates has since pleaded guilty in a deal with Mueller on charges of conspiring against the U.S. and of making false statements to the federal government. CBS News' Paula Reid reports that Gates' plea offer says that his plea is contingent on his cooperation and testimony with the special counsel.

Gates, 45, was indicted by a federal grand jury in October on eight counts, including fraud and money laundering, as part of the special counsel's probe into ties between the Trump campaign and the Russian government.

Van der Zwaan had been accused of saying that the last time he communicated with Gates was in mid-August. But the government found he lied and had encrypted message conversations in Setepmber 2016, including a phrase in Russian that translates to "essentially the tip of the ice berg." Van der Zwaan had also been accused of lying about an email exchange between himself and someone called "Person A" who remains unidentified.