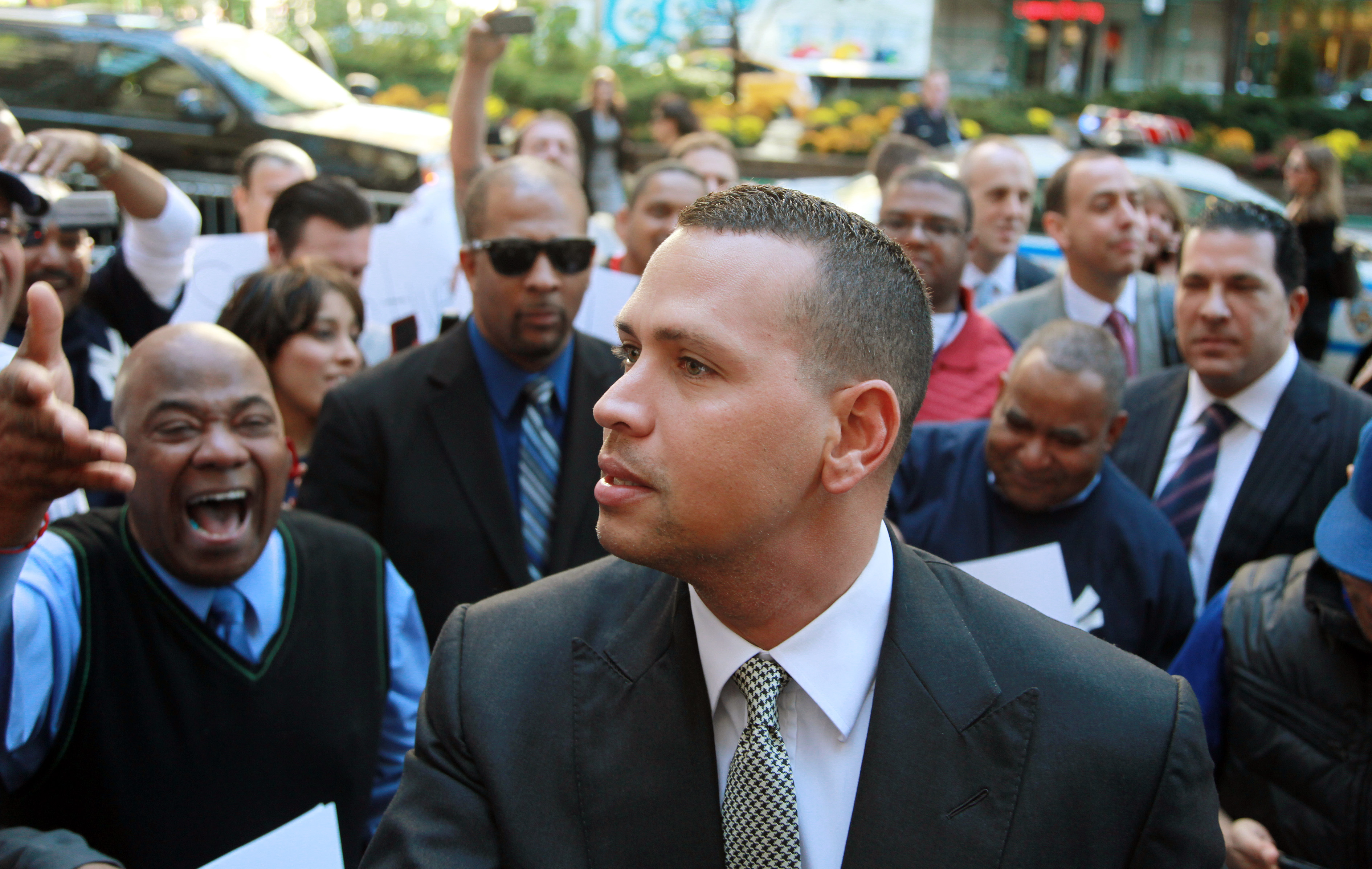 NEW YORK -- Alex Rodriguez sued Major League Baseball and its players' union Monday, seeking to overturn a season-long suspension imposed by an arbitrator who ruled there was "clear and convincing evidence" he used three banned substances and twice tried to obstruct the sport's drug investigation.

As part of the lawsuit filed in federal court in Manhattan, the New York Yankees third baseman made public Saturday's 33-page decision by arbitrator Fredric Horowitz, who shortened a penalty originally set at 211 games last August by baseball Commissioner Bud Selig for violations of the sport's drug agreement and labor contract.

"While this length of suspension may be unprecedented for a MLB player, so is the misconduct he committed," Horowitz wrote in his decision Saturday.

Horowitz trimmed the penalty to 162 games, plus all postseason games in 2014.

Anthony Bosch, the founder of the now shuttered Florida anti-aging clinic Biogenesis of America, said in a "60 Minutes" interview aired on CBS on Sunday night that Rodriguez paid him $12,000 per month to provide him with an assortment of banned drugs that included testosterone and human growth hormone.

After the broadcast aired, all sides involved had testy reactions.

Rodriguez in his suit claimed the Major League Baseball Players Association "completely abdicated its responsibility to Mr. Rodriguez to protect his rights" and "this inaction by MLBPA created a climate in which MLB felt free to trample" on Rodriguez's confidentiality rights.

Rodriguez asked for the court to find MLB violated its agreements with the union, that the union breached its duty to represent him and to throw out Horowitz's decision.

The three-time AL MVP five years ago admitted using performance-enhancing drugs while with Texas from 2001-03 but has denied using them since. MLB's investigation of Biogenesis, a Florida anti-aging clinic, was sparked after the publication of documents last January by Miami New Times.

Bosch, the clinic's former head, agreed last year to cooperate with MLB's investigation, and Rodriguez's lawyers attacked his credibility because of that agreement.

"Direct evidence of those violations was supplied by the testimony of Anthony Bosch and corroborated with excerpts from Bosch's personal composition notebooks, BBMs (Blackberry messages) exchanged between Bosch and Rodriguez, and reasonable inferences drawn from the entire record of evidence," Horowitz wrote.

"Contrary to the claim of Rodriguez, the challenges lodged to the credibility of Bosch's testimony do not effectively refute or undermine the findings of JDA violations," the arbitrator write.

Rodriguez did not testify in the grievance, walking out after Horowitz refused to order Selig to testify.

In Selig's notice of discipline to Rodriguez on Aug. 5, he said MLB is actively investigating allegations he received banned substances in 2009 from Dr. Anthony Galea, who pleaded guilty in 2011 to a federal charge of bringing unapproved drugs into the United States from Canada.