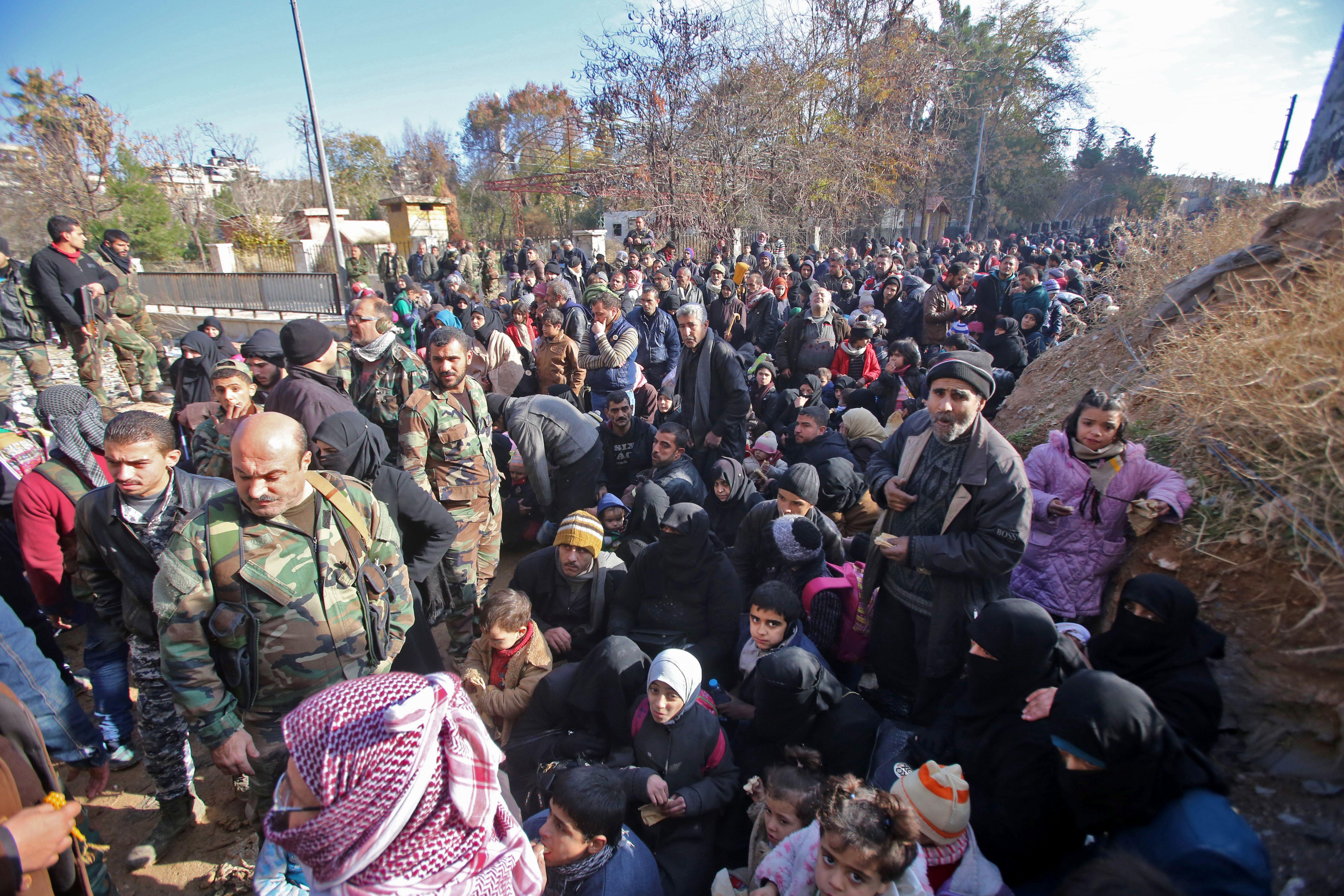 BEIRUT -- Hundreds of civilians streamed out of eastern Aleppo on foot Friday as Syrian troops and allied forces waged a relentless campaign to drive rebels from their rapidly crumbling enclave.

There are new concerns being voiced, meanwhile, even for those civilians who do manage to escape the embattled city.

Russia announced Thursday that the Syrian army was suspending combat operations to allow for the evacuation of civilians from besieged rebel-held districts, but residents and medics inside eastern Aleppo said there was little to no let-up in the bombardment.

Syrian state TV showed families emerging from ravaged districts, some of them with children, as civilians continued to stream out of the ever-shrinking enclave that had been held by rebels since 2012. Efforts to evacuate hundreds of wounded people faltered, however, despite pleas from medical officials earlier this week.

CBS News correspondent Debora Patta watched as a stready stream of families trod down a road out of the besieged area. They told her they didn’t even care where they were going, as long as it was far away from the bombing.

A hospital administrator in eastern Aleppo said medics have submitted lists of patients who need to be evacuated from hospitals.

“There hasn’t been a response yet, and the shelling continues,” he said, speaking on condition of anonymity for fear of retaliation.

The U.N. human rights office said it is deeply concerned about reports that hundreds of men have gone missing after crossing from eastern Aleppo into government-controlled areas of the city.

Spokesman Rupert Colville said that family members have reported losing contact with the men, who are between the ages of 30 and 50, after they fled opposition-held areas of Aleppo around a week or 10 days ago.

Colville said the U.N. High Commissioner for Human Rights is also concerned by reports that some civilians trying to flee are being blocked by armed opposition groups and in some cases being fired upon.

“Civilians are being used as pawns and prevented from leaving,” he said at a briefing in Geneva.

Rebel defenses have collapsed in the face of a wide-ranging government offensive preceded by an intensive aerial campaign. More than three-quarters of the rebel sector has now fallen, including the symbolically important ancient Aleppo district.

Tens of thousands of residents have fled to western Aleppo, and those remaining are now cornered in the southern part of the formerly rebel-held east.

An opposition official disputed government claims -- reiterated by Russia’s Ministry of Defense -- that the army now holds at least 90 percent of eastern Aleppo, saying that more than a dozen neighborhoods remain in rebel hands.

“More than thirty percent of east Aleppo is controlled by us,” said Osama Abu Zayd, an adviser to the loose rebel umbrella group known as the Free Syrian Army. Speaking from Turkey, where he is based, he said the Syrian army and Russians were still targeting rebel positions on the front lines.

Russia’s military, meanwhile, said it has helped more than 8,000 civilians leave the rebel-controlled eastern part of Aleppo in the last 24 hours.

Russian Foreign Minister Sergey Lavrov, speaking in Germany after talks with U.S. Secretary of State John Kerry, said military experts and diplomats would meet Saturday in Geneva to work out details of the rebels’ exit from Aleppo’s eastern neighborhoods, along with civilians who are willing to leave the city.