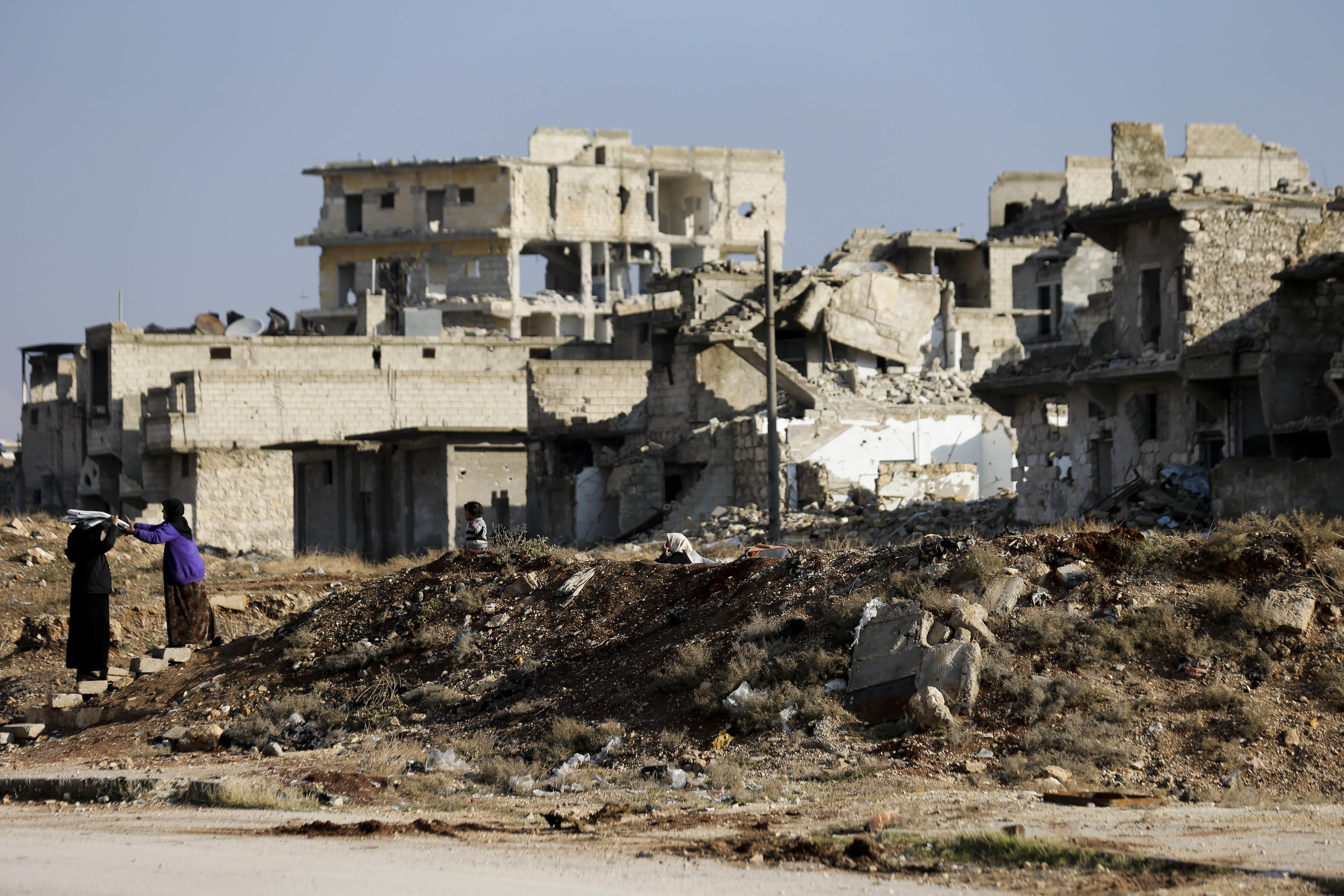 Aleppo’s fall will not end the brutal Syrian war, but now diplomats are haggling over “which direction it falls,” according to a Western diplomat. That is, will it be a bloodbath? Or can Secretary of State John Kerry negotiate a pathway out for the civilians trapped alongside the besieged U.S.-backed rebels in the eastern portion of the city? And could there be a way to call the surrender of that city something other than “defeat” for the rebels?

“We are witnessing talks that are trying to manage Syrian and Russian victory,” a European diplomat said on the condition of anonymity due to sensitivity of the ongoing diplomacy.

Kerry spoke with Russian Foreign Minister Sergey Lavrov Wednesday and again Thursday about one potential arrangement. Technical advisers are set to meet this weekend in Geneva on the matter, while Kerry convenes with a number of high-ranking diplomats in Paris this weekend.

Expectations are low, but the cost of failure is quite high.

“A cessation of hostilities is urgently needed to protect the civilians from Iran and the regime,” former Syrian diplomat Bassam Barabandi told CBS News. He has worked closely with the US-backed political opposition.

Without a pause in violence and a pathway out of the siege, thousands of civilians holed up alongside the estimated 9,000 or so Free Syrian Army fighters will face near-certain slaughter at the hands of the notoriously brutal Iranian proxy forces fighting on behalf of the militarily-weak Assad regime. The Shiite militias supported by Tehran are feared even more than Hezbollah, Iran’s Revolutionary Guard -- or even than Assad’s own troops.

Western and Arab diplomats tell me they are keenly aware that a defeat of the moderate rebels leaves the ”bleeding edge” of Sunni extremism – ISIS- and al Qaeda-backed groups seeking to control Syria – up against the “bleeding edge” of extremist Shiite militias hired by Iran.  The concern is that this violent churn will draw more fighters to extremist groups rather than to the moderate rebels who have been nominally supported by the U.S. Kerry has made similar arguments to Moscow in the past.

“The statements from the elected president Trump and his cabinet toward Syria are promising: he makes it crystal clear his coming administration will defeat ISIS and Iran,” Barabandi said. “Both are enemies of Syrian people, and both helped the regime.”

A clearly frustrated Western diplomat sheepishly admitted that both the U.S. and Europe had focused too much on pressuring Moscow and too little on squeezing Iran to stop the violence in Syria. The diplomat attributed that hesitation to American concern over disrupting the nuclear deal with Iran, and European concern about squandering investment opportunities resulting from that agreement. Iran sanctions are “more third-rail” than Syria sanctions because of the commercial interests, this diplomat said.

The Syrian opposition also feels abandoned by the Obama administration and its European allies who have provided what they say is little more than rhetorical support to rebels fighting Assad and ISIS, rather than their own military might. Former U.S. envoy to Syria, Fred Hof, who worked for the Obama administration, agrees. He said the White House strategy “breathes oxygen into the lungs of Islamist extremism everywhere.”

“The refusal of this administration to do anything at all to complicate or mitigate—much less end—collective punishment and mass homicide in western Syria raises a real question about its commitment to address the underlying governance issues giving rise to Islamist extremism,” Hof wrote. “But if one is not going to push back against ‘Caliph’ Baghdadi’s most effective and efficient enablers—Russia, Iran, and Assad—just how serious is this anti-terrorism undertaking?”