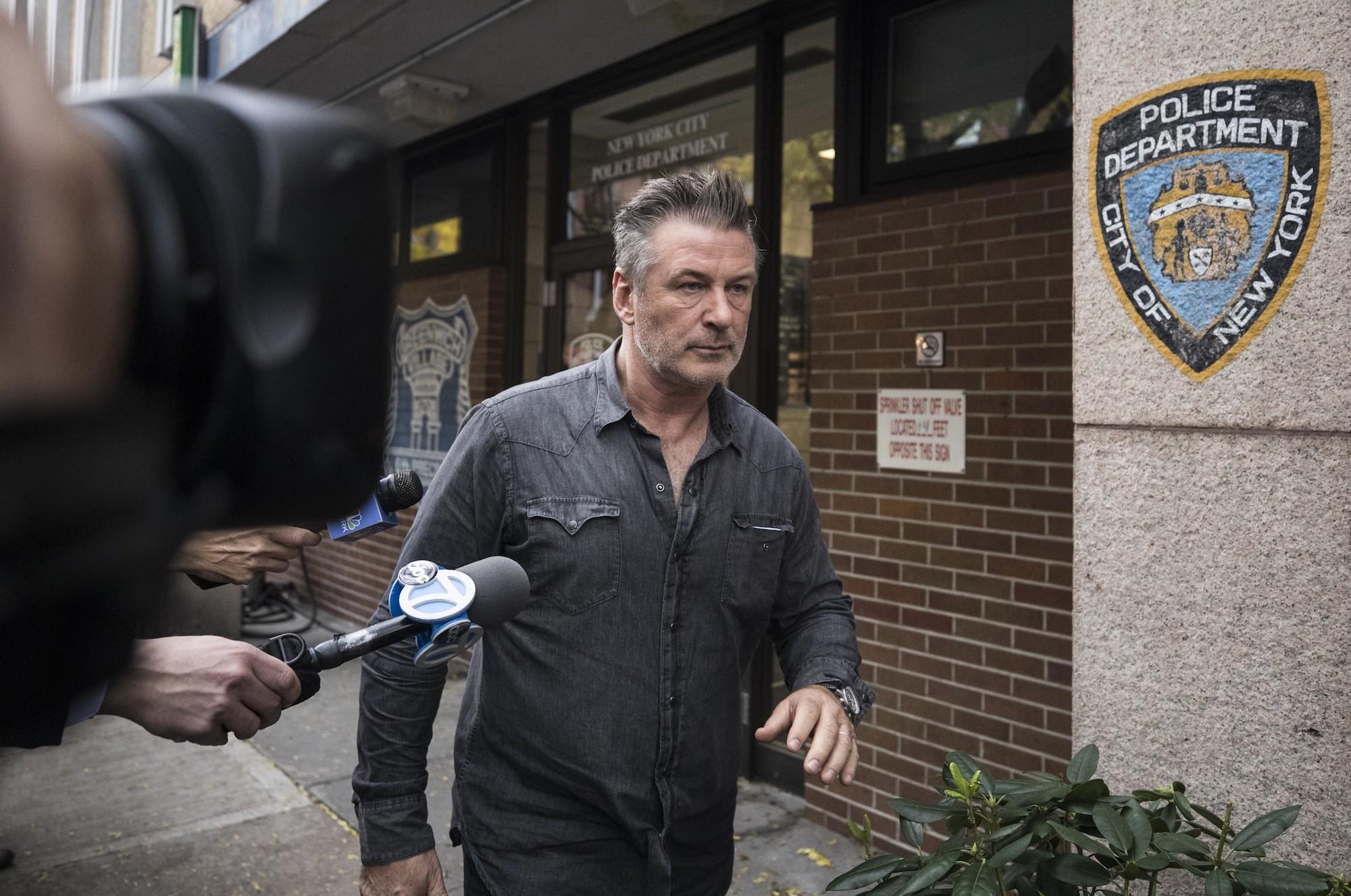 NEW YORK — Alec Baldwin is denying that he punched anyone over a parking spot and says an assault allegation is being reported "for the purposes of clickbait entertainment." The actor was arrested Friday and charged with assault and harassment after allegedly hitting another man in the face during a dispute over a parking spot in New York City.

Baldwin's publicist declined to comment after the arrest. But the actor later tweeted from the account of the Hilaria and Alec Baldwin Foundation that "the assertion that I punched anyone over a parking spot is false. I wanted to go on the record stating as much."

In a second tweet, Baldwin complained that it's become a "sport" to tag people with as many "negative charges and defaming allegations as possible for the purposes of clickbait entertainment."

It read: "Fortunately, no matter how reverberating the echos, it doesn't make the statements true."

Baldwin, 60, told police a family member was holding the spot in front of his Manhattan home when a man driving a Saab station wagon pulled up and took it. The driver of the station wagon told police Baldwin hit him with his hand, but he wasn't sure if it was a punch or a slap.

Police said the 49-year-old driver complained of jaw pain and redness in the neck area and was taken to a hospital.

It wasn't clear from his tweets whether the specific allegation that Baldwin wanted to refute was that he punched the other man or some other aspect of the story. His publicist said she had no comment.

Baldwin was released from the local police precinct in Manhattan's Greenwich Village neighborhood after about two hours. He was ordered to appear in court Nov. 26.