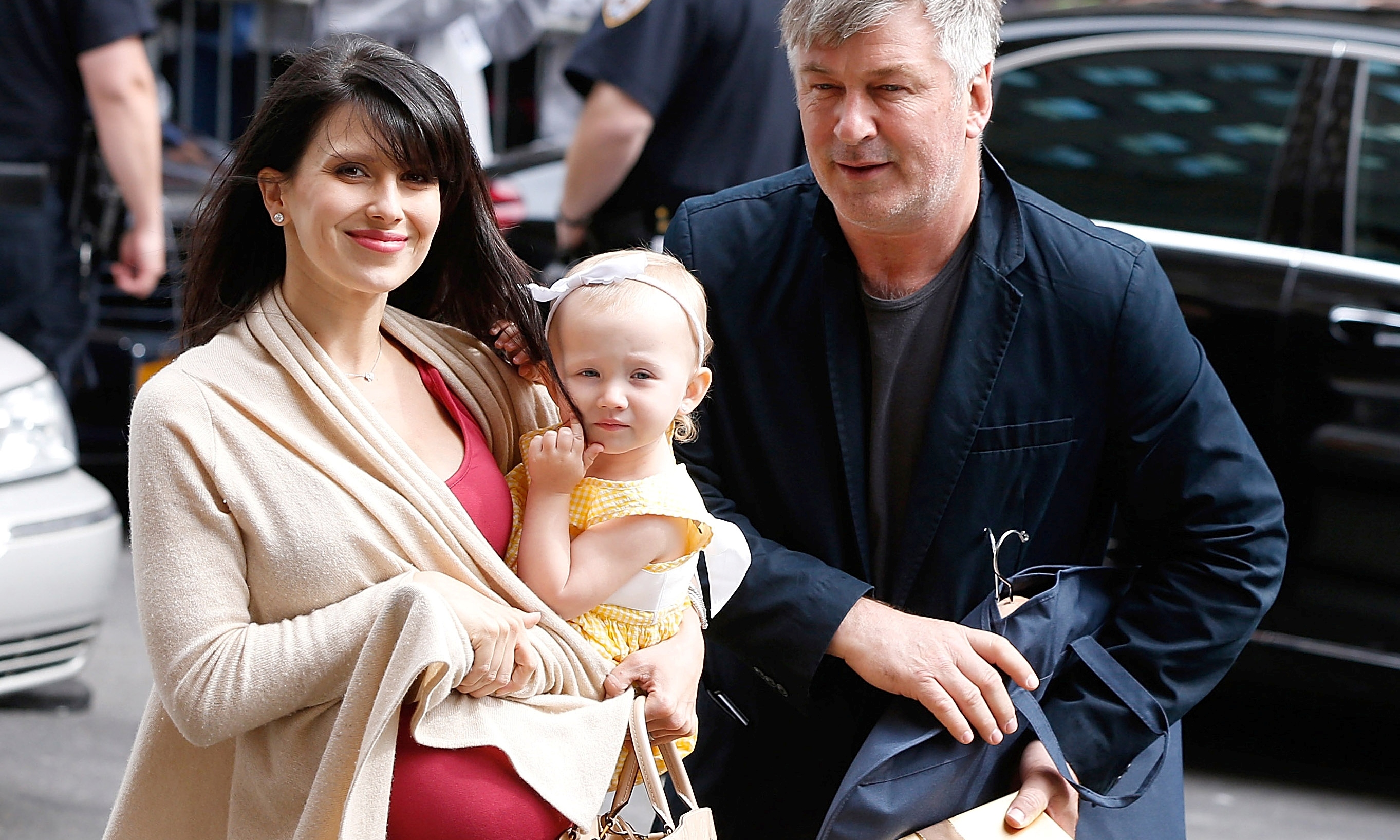 Alec and Hilaria Baldwin have welcomed their second child, a boy named Rafael Thomas, the couple announced Wednesday with a photo via Hilaria's Instagram account.

An intimate photo showed a tiny infant's hand caressed by his mother's hand with the caption: "We are happy to announce the birth of Rafael Thomas Baldwin." The comedian/actor, 57, and the yoga teacher, 30, then posted the same photo on Twitter.

Hilaria has used her Instagram account to provide updates and snapshots of the family throughout her pregnancy.

On New Year's Day she posted a photo of the family on the beach during sunset, together with their 1-year-old daughter Carmen bundled up and patting her pregnant mommy's belly.

"The sun has set on 2014 and on my year of daily #hilariaypd ....2015 is going to be very exciting as we are thrilled to announce we are expecting another little addition to our family!" Baldwin wrote.