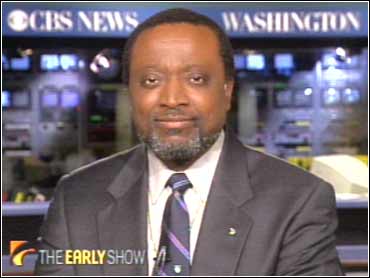 On the day his party's likely presidential nominee picked a running mate, Republican Alan Keyes, who failed to win a single primary, said he'd dropped out of the race.

Keyes never really was a contender for his party's nomination, but he had remained on the campaign trail spreading his conservative message for months after Texas Gov. George W. Bush locked up the party nomination.

Asked Tuesday if he still considered himself a candidate, Keyes said, "I am not."

A campaign spokeswoman said Keyes, a Maryland resident, had not yet filed withdrawal papers with the Federal Election Commission.

Keyes said he supports Bush's choice of former Defense Secretary Dick Cheney as his running mate, adding that Cheney's anti-abortion views mirrored his own. He said he would join other Republicans to unite behind Bush at the party's convention in Philadelphia next week.

Keyes, who also ran for president in 1996, apparently won 21 delegates this year though the final count could change by a delegate or two. His best showing was in the Iowa caucuses, where he won 14 percent of the vote.

A spokeswoman had said he would consider leaving the Republican Party if Bush chose a running mate who favored abortion rights.

Keyes said Tuesday, "It won't come to that."

He was in Boston to support conservatives who criticized a workshop held for gay teens at Tufts University in March. The workshop was sponsored by a national gay organization but included two members of the state Department of Education's HIV/AIDS awareness program.

Keyes said the workshop's teachings violated the rights of parents who believe homosexuality is immoral.