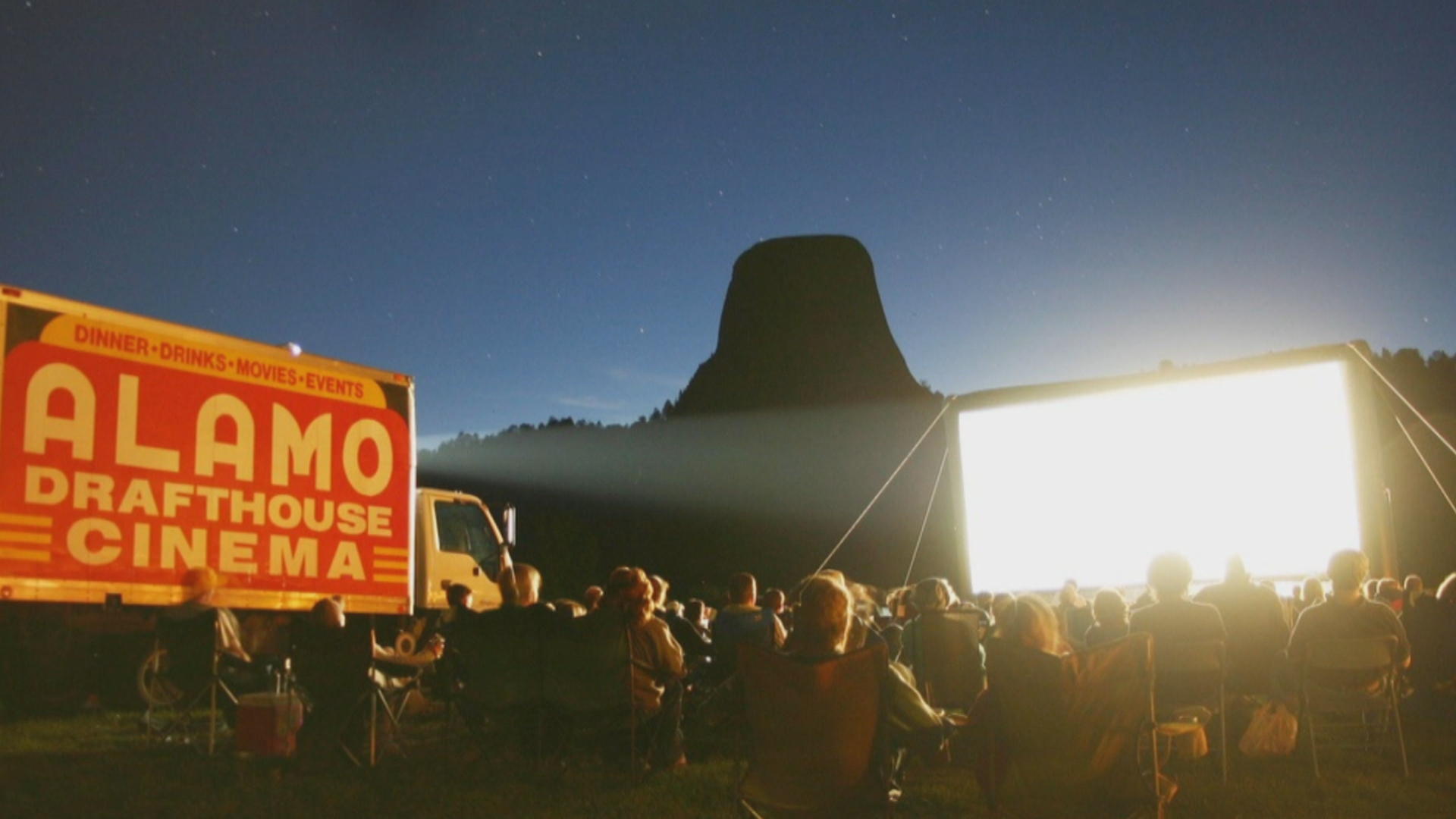 Tim League became a movie buff in high school, spending entire weekends holed up with friends watching movies. That didn’t make him the most popular kid, but three decades later, everyone seems to be flocking to his Alamo Drafthouses -- his blockbuster chain of high-end movie theaters that’s expanding across the country.

League wants you to experience the movies like never before, CBS News correspondent Dana Jacobson reports.

“My driving force is to make going to the movies fun again,” League said. “I love going to the cinema and I always have and it can be such a special experience. We want to create great experiences here.”

That experience includes a strict no-talking, no-texting, no-cell-phone-looking policy. They even produce their own celebrity PSAs.

But there’s still plenty you can do with waiters delivering food and beer, all while you kick back in a cozy chair and focus on the big screen.

League was in Brooklyn, New York, this week to introduce the animated movie “Kubo and the Two Strings” and, more importantly, to launch the 25th location of his Alamo Drafthouse movie theater empire.

League’s theaters are like temples for movie lovers. League guided Jacobson through one hallway decorated with a curated collection of Turkish posters. In January, they’ll be swapped out for “weird films from genre movies of India,” League said.

This new location also has a micro-theater that’s much smaller than others, and it caters to your every need.

“The way you order is you write down whatever you want on this card, you place it up like a flag, and the waiters see that flag, they’ll slink in. And there’s a little light under the table -- they can see what it is and they’ll give you the  thumbs up. And five minutes later, they’ll come back with whatever you need,” League said.

League scripts even the smallest details of the operation, including directing his wait staff to use the iPhone app RunPee.

“So if you are a movie enthusiast and you have a small bladder, or you like to have a couple beers, you should have this because it tells you where exactly in the movie you can slink out for two minutes and go to the bathroom,” League said. “For us, we use that as the ideal time to drop a check or not disturb you with the service.”

The kitchen is run by New York native chef Fernando Marulanda. Legendary restaurateurs Danny Meyer and Thomas Keller were once his employers.

“You’re talking about working at some of the biggest restaurants in New York, now you’re working at a movie theater as a chef,” Jacobson said.

“Absolutely. When I interviewed, I spoke to them, one of the exercise was, ‘What’s your favorite movie?’ It was easy. It’s ‘Casablanca’ for me.”

They then asked him to cook a menu after the film.

“So I knew it was a fun place where you could still be creative, be serious about food,” Marulanda said. “And that that’s why I’m here.”

The food isn’t the only thing with a local touch. Each Drafthouse has a bar for post-movie conversation. This new one has 48 local craft beers on tap and another 48 for the theaters.

League has been crafting this vision for decades, starting in California.

“My wife and I opened a theater when we were 23 years old. It was an art house, single-screen theater, and it was an unmitigated disaster,” League said. “I just happened to pass a movie theater on my way to work and then one day there was a ‘for lease’ sign and a week later, I signed the lease.”

Tim and his wife Karrie regrouped in Austin, Texas, opening the single-screen Alamo Drafthouse in 1997, featuring second-run titles at discount rates. Along the way, they’ve reimagined the moviegoing experience.

“When the movie ‘Sideways’ came out, they’re going to very specific wineries, and so we would pair a flight of the exact wines and wineries that they’re going to,” League said. “So you kind of travel on that same journey and experience a little bit from another sense.”

“It’s almost like you’re not just taking me to a movie; you’re taking me on an adventure,” Jacobson said.

“When we’re at our best, we’re creating a memory that you’re gonna have forever,” League said.

About 15 years ago, they started actual adventures with the Alamo Drafthouse rolling road shows.

“So we would go to Monument Valley to show the John Ford westerns, go up to Martha’s Vineyard for ‘Jaws.’ We did ‘Escape From Alcatraz’ on Alcatraz. We did ‘Close Encounters’ on Devil’s Tower. So just movie nerds’ fantasies,” League said. “Every summer we do ‘Jaws’ on the water -- different body of water --  people are in inner tubes. The sun goes down and they’re watching ‘Jaws’ from the water. We have emergency rescue divers in the water with re-breathers, just in case something happens. But then to occupy their time, they like to grab people’s ankles and have a full-century experience for ‘Jaws.’”

But at the end of the day, League said he just wants to make dinner and a movie something worthy of your time and money. Just watching a movie is no longer “enough.”

“Somebody asked me the other day like, ‘What do you envision the cinema of the future to be?’ And my answer was, ‘I envision it to be exactly as the cinema of the ‘40s and the cinema of today,’” League said. “To me, the best experience is still the lights go down and you’re completely lost in the story. You know, that should never change.”

League said he’s most proud of the three Academy Award nominations for his small distribution company Drafthouse Films, which buys and plays films at Alamo Drafthouses around the country. All it takes to get in the door is the regular price of a ticket, which varies from city to city.