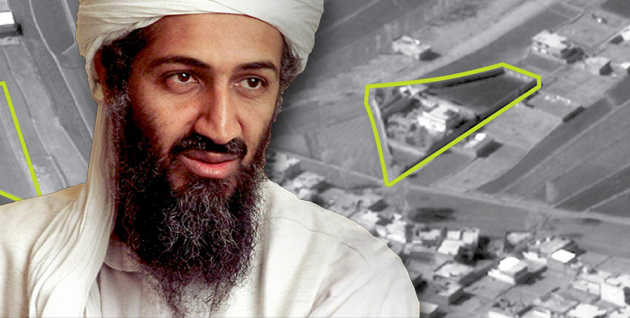 An intelligence source told CBS News that the intelligence community is exploring information obtained during the raid on bin Laden's compound in an attempt to learn al Qaeda intentions and the identity and whereabouts of key al Qaeda players.

The source said a top priority continues to be the dismantlement of al Qaeda's core. U.S. officials are turning their focus to the elimination of Ayman al-Zawahri, bin Laden's second in command, and other senior operative planners who pose a threat to western interests.

"They got bin Laden but not the keys to the kingdom," the source said.

Over the last months analysts have picked up "threads of threats" and since bin Laden's death they have continued to pick up pieces of of information mostly involving transportation but the information remains "murky."

The source said that core al Qaeda out of the Pakistani tribal areas is "still the most dangerous element out there, the most significant for a spectacular attack on the homeland."

Officials are also concerned that operatives may be directed to come to the United States for a plot or that there may be people already the U.S. who are in various stages of planning and that they may decide on their own to be a martyr for al Qaeda and launch an attack without direction. Analysts are vigilant of operatives who may be in the United States planning and attack awaiting word on a launch date who may now become anxious and reach out to senior operatives for direction - and that intelligence may be picked up. There is always a concern about the lone wolf - someone who works totally on their own, but is inspired by al Qaeda or their admiration for bin Laden.

They are also examining al Qaeda in the Arabian Peninsula, the dangerous and volatile affiliated group, who may be motivated to show that al Qaeda is still alive and well even though bin Laden is dead.

The intelligence community anticipates that al Qaeda in the Arabian Peninsula's magazine INSPIRE will come out with a special issue that will urge its followers to take up arms against the United States and the West.

Meanwhile, a law enforcement source told CBS News that law enforcement is in a "heavy monitoring mode." But there is no indication of anything that is alarming or operational at this point.

Law enforcement is trying to take the pulse overseas and domestically on the tone surrounding bin Laden's killing and whether there may be an operation in the works. They are talking to human sources, undercover operatives and combing the Internet.

The source said that so far the tone about Bin Laden's death generally has been "muted." They are picking up calls for revenge on the Internet. But the feeling is that al Qaeda is stunned and still absorbing the information.

"It is good and important that bin Laden was eliminated and that this is a blow to al Qaeda. But it's not the end game.''

Continued vigilance is necessary because an attack could very well come within week or months.

They expect at some point a message to come from al-Zawahri or Anwar al-Awaki, leader of al Qaeda in the Arabian Penninsula, or another player mourning bin Laden's loss and that somewhere in that message will come a renewed call for Jihad.

There are contingency security plans in place for big event such as killing of bin Laden. Those plans are kicking in.

The source said that overnight security in big cities was ramped up including New York City and Los Angeles.

"Everyone is at the ready."

A second law enforcement source said that in New York police are working around the clock and that police convoys have increased. Active assessments of known terrorist targets are being conducted at the New York Stock Exchange, Grand Central Terminal, the Brooklyn Bridge, and aviation and rail systems.