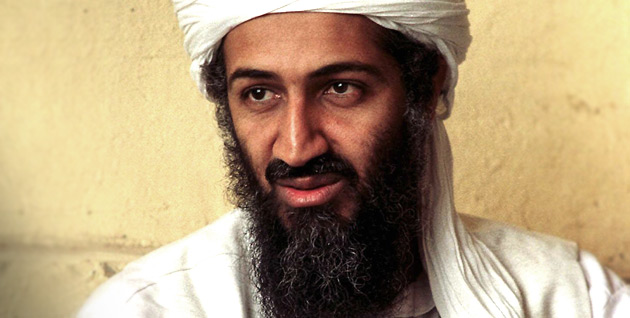 Senior administration officials tell CBS News that the operation to find and kill al Qaeda boss Osama bin Laden began in earnest when the CIA learned the world's most wanted terrorist was in a specific compound in Pakistan.

The president ordered the raid by a small, elite Navy SEAL team, which found bin Laden in a home on a fortified compound in Abbottabad, near Islamabad, Pakistan's capital.

Intelligence agents believed there was a "high probability" bin Laden was hiding at the compound.

U.S. officials say inside information was key to the successful operation. The CIA has for decades tried to gain the confidence of people close to the al Qaeda boss. Terror detainees "flagged to us people who were providing direct support" to bin Laden. A lone courier in particular, an associate of other senior al Qaeda members, proved crucial in the end.

According to senior administration officials, Mr. Obama met with his national security team at least 9 meetings prior to the operation that ended bin Laden's life. The president's top national security officials met five times themselves, and their deputies seven times. In addition, Mr. Obama has frequent consultations between the NSC, CIA, DoD and other agencies on the bin Laden hunt.

The president made the decision to undertake the operation at 8:20am ET on April 29th in the Diplomatic Room, prior to going to Alabama to view the tornado damage. On May 1, the national security staff and others worked out final details for the operation. Following is more of the timeline:

3:32pm Mr. Obama returned to the Situation Room for an additional briefing.

CBS News was told that the courier was "trusted" by bin Laden. "We identified areas where this courier and his brother operated, but they had extensive operational security," said the official -- and those elaborate security procedures made the U.S. even more suspicious of whom they were catering to.

Bin Laden's residence was identified in August 2010 in Abbottabad, Pakistan, an affluent area home to many retired military officers.

American agents were "shocked by what we saw" at the compound, calling it an "extraordinary" complex many times larger than the other homes in the neighborhood, surrounded by an eight-foot high, barbed wire-topped wall.

CBS is told there were secondary perimeter walls inside the compound, with two security gates. One thing intelligence operatives noticed was that the residents of the complex seemed to burn their trash, an unusual measure to maintain privacy which set them apart from their neighbors.

The lavish home had a terrace on the third floor, surrounded by its own seven-foot high privacy wall.

Another unusual feature of the unusually expensive home -- it had no telephone or internet connections. That set more alarm bells ringing.

The raid on Bin Laden's compound

Early Sunday afternoon, Mr. Obama ordered the "surgical" U.S. helicopter raid on the compound in Abbottabad. It was planned as an elite strike by a small team to minimize any collateral damage or death in the area.

CBS News national security correspondent David Martin reports the team went in aboard two Blackhawk helicopters. It was a military team of about two dozen, but they were operating under the authority of Leon Panetta, the CIA Director, since the U.S. military does not have authority to operate in Pakistan. A second team of about two dozen orbited out of sight in case they were needed.

Bin Laden did not go peacefully, according to officials. He resisted arrest and was killed in a firefight as U.S. troops entered the compound.

One woman was killed when she was used as a human shield, U.S. officials say.

Two women were injured in the raid.

One of the U.S. helicopters had mechanical failure before leaving the raid and was destroyed.

None of the specific intelligence resulting in the raid was shared with another country. Only a "very small group of people" inside the U.S. government knew it was to happen. Officials say Pakistan's government was notified after the fact.

The officials, all of whom spoke to CBS News on condition they remain anonymous, said care was being take to ensure bin Laden's body was handled in an "appropriate manner" according to Islamic custom.