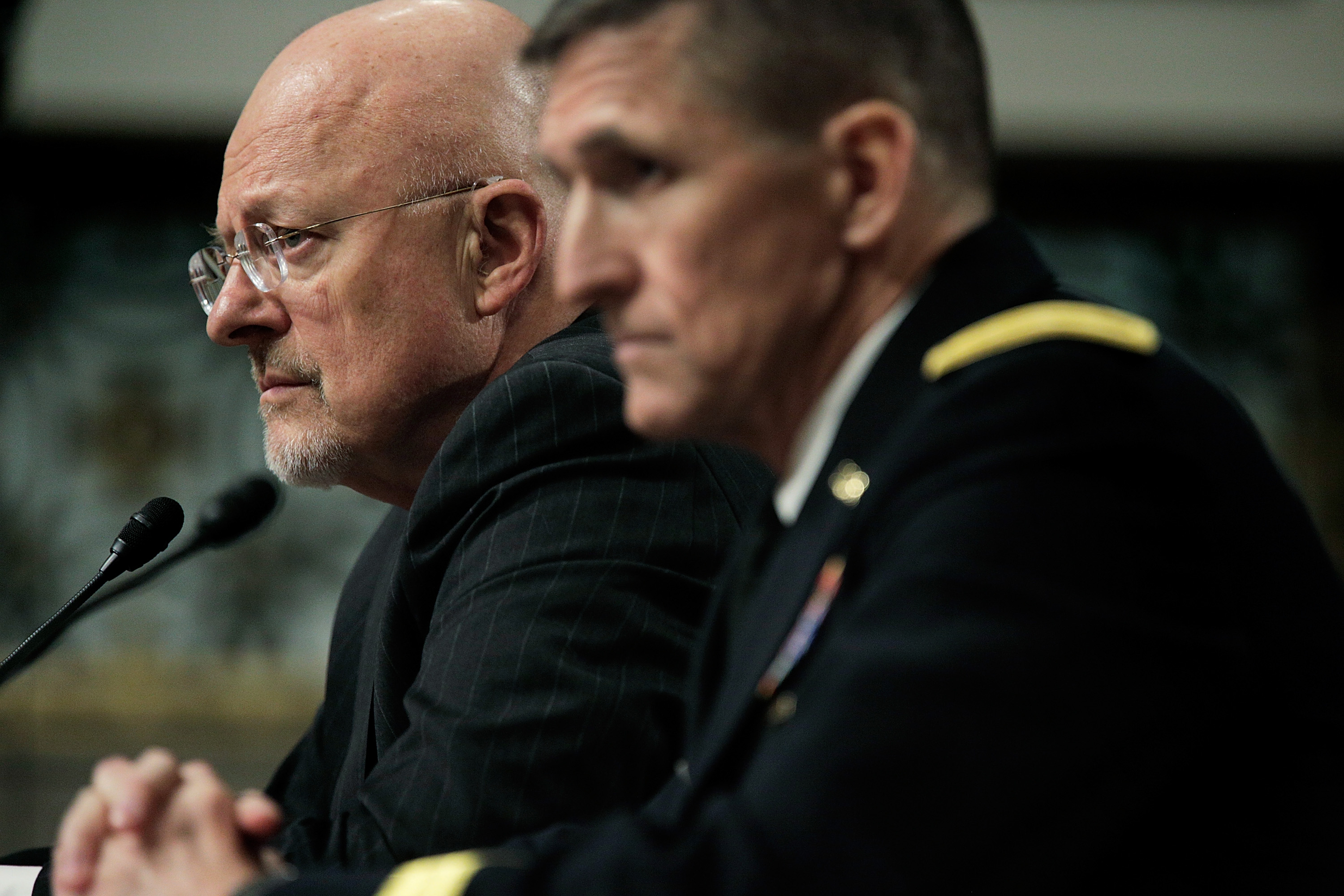 Two of the nation’s chief intelligence officials on Tuesday confirmed to Congress that al Qaeda is no longer “on the run,” as leaders have been saying for years.

“Is al Qaeda on the run and on the path to defeat?” Sen. Jim Inhofe, R-Okla., asked in a Senate Armed Services Committee hearing Tuesday.

Director of National Intelligence James Clapper responded, “No, it is morphing and -- and franchising itself and not only here but other areas of the world.”

Lt. Gen. Michael Flynn, director of the Defense Intelligence Agency, added, “They are not.”

Former President George W. Bush asserted that that al Qaeda network was “on the run” as early as October 2001. President Obama adopted the phrase and used it repeatedly on the campaign trail in 2012. Touting his foreign policy record, Mr. Obama often said, “al Qaeda is on the run and Osama bin Laden is dead.”

In the past year, however, Mr. Obama has used more nuanced language to clarify that al Qaeda affiliates remain an evolving threat.

“While we put al Qaeda’s core leadership on a path to defeat, the threat has evolved as al Qaeda affiliates and other extremists take root in different parts of the world,” he said last month in his State of the Union address.

In a major national security speech last May, Mr. Obama said, “Today, the core of al Qaeda in Afghanistan and Pakistan is on the path to defeat... Instead, what we’ve seen is the emergence of various al Qaeda affiliates. From Yemen to Iraq, from Somalia to North Africa, the threat today is more diffuse, with al Qaeda’s affiliates in the Arabian Peninsula -- AQAP -- the most active in plotting against our homeland.

Clapper and Flynn echoed that assessment on Tuesday. Clapper said there is a “proliferation” of al Qaeda groups or “al Qaeda wannabes” in Africa, where there is a “perfect storm” of conditions for those groups to develop, such as large ungoverned areas, porous borders and the availability of weapons primarily from Libya.

Flynn added that the instability in Syria could allow al Qaeda-affiliated groups to acquire weapons of mass destruction or their components. “While Syria's stockpiles are currently under the control of the regime, the movement of these weapons from their current locations for disposal ,or other reasons, drastically increases the risk of these weapons or their components falling into the wrong hands,” he said.

Clapper noted that the al-Nusra Front in Syria does “harbor designs on attacks... in Europe and the homeland.”

Clapper gave the same assessment to the Senate Intelligence Committee last month. When asked by that committee about the United States’ preparedness with respect to terrorist attacks, Clapper said it was difficult to say whether the country is safer now than it was in 2001.

The Federally Administered Tribal Areas (FATA) of Pakistan remain the al Qaeda movement’s ideological center, and Clapper said Tuesday they have been “profoundly degraded, [but] not eliminated by any stretch.”

He explained that “core al Qaeda -- the central leadership -- picks and chooses who is among the wannabes or are actually knighted, if you will, so designated as an al Qaeda organization.”