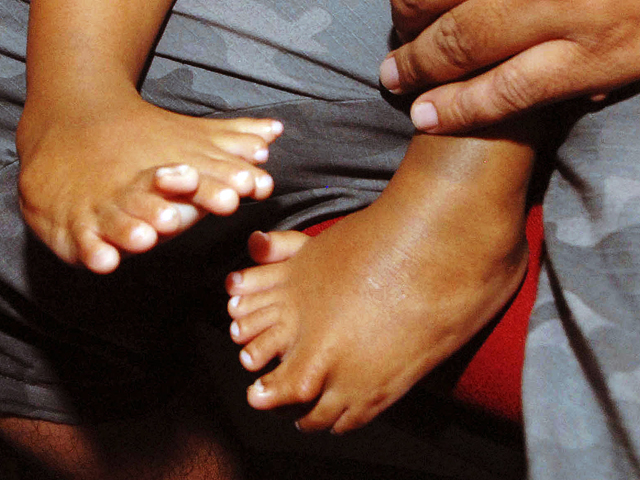 (CBS) His name is Akshat Saxena, and the one-year-old from northern India is now said to be the new holder of the Guinness world record for having the most fingers and toes.

Just how many digits was Bakthat born with? Seven fingers on each hand and 10 toes on each foot, the Daily Mail reported. That's a grand total of 34 digits.

"I was so happy to see my baby as it was our first child," the boy's mother, Amrita Saxena, told New Dehli Teelvision. "But later, when I saw his fingers, I was shocked and surprised."

Polydactyly is often treated by surgically removing the surplus digits, as was reportedly done with little Akshat.