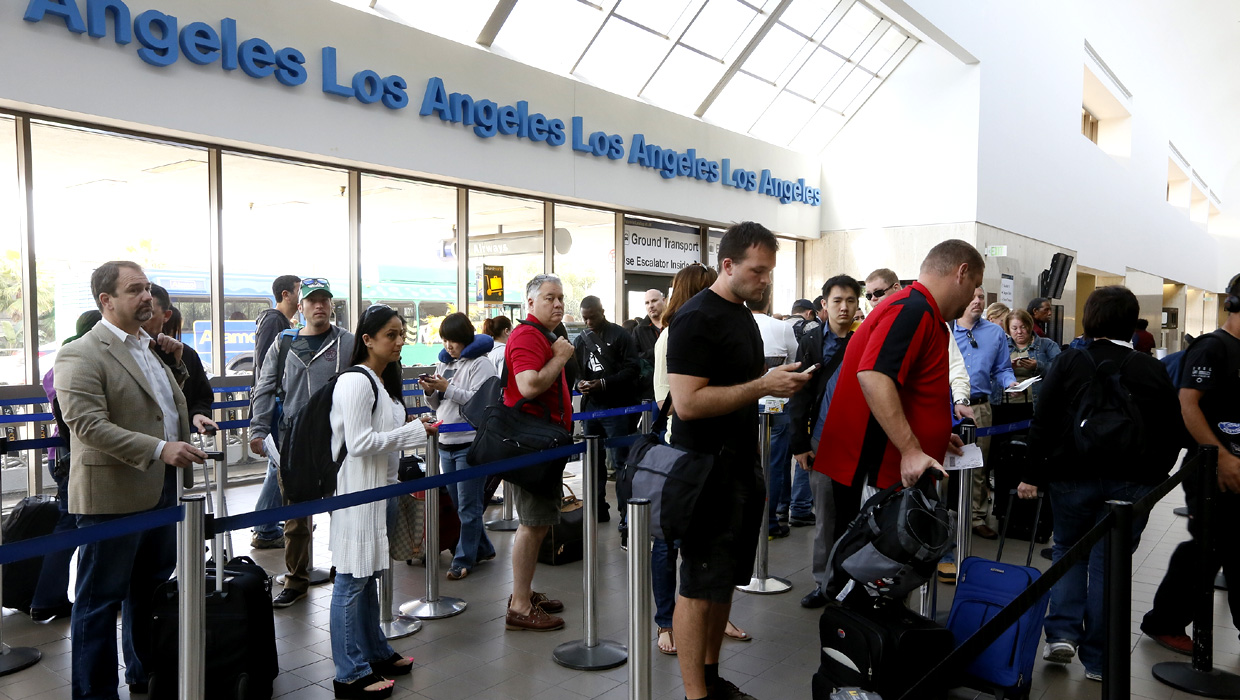 (CBS News) Flying took even longer than usual today for a lot of travelers. That's because about ten percent of the air traffic controllers were furloughed -- part of the mandatory budget cuts that went into effect after Congress and the White House could not reach a budget agreement.

For the second day in a row, some passengers at Los Angeles International Airport saw delays. Arriving flights were delayed an average of 77 minutes last night. Air traffic controller Mike Foote is dealing with the fallout.

"This is just starting," Foote said. "As the summer gets worse, the travel seasons gets more intensified, the weather picks up -- this is just the beginning."

The Federal Aviation Administration has ordered its 14,750 air traffic controllers on furlough two days a month. That's to help make up for $600 million in mandatory budget cuts, called the sequester.

Transportation Department head Ray LaHood says there was no other choice.

Not everyone agrees. Nick Calio represents the airline industry, which is suing to stop the furloughs.

"The FAA has a budget of $15.6 billion dollars," said Calio, president and CEO of Airlines for America. "A budget that big, surely they can find the money to not furlough the air traffic controllers and have this kind of rolling impact on the us economy -- it's gonna cost a lot more."

Critics argue President Obama wants the public to feel the effects of sequester to create pressure so that there are changes in it.

"We have looked after passengers for four-and-a-half years, the last thing we want to do is disadvantage the flying public," LaHood said.

Several groups, including the airline lobby and a pilots union, are trying a two-pronged approach to halt the furloughs: a Federal lawsuit and looking for help from Congress.