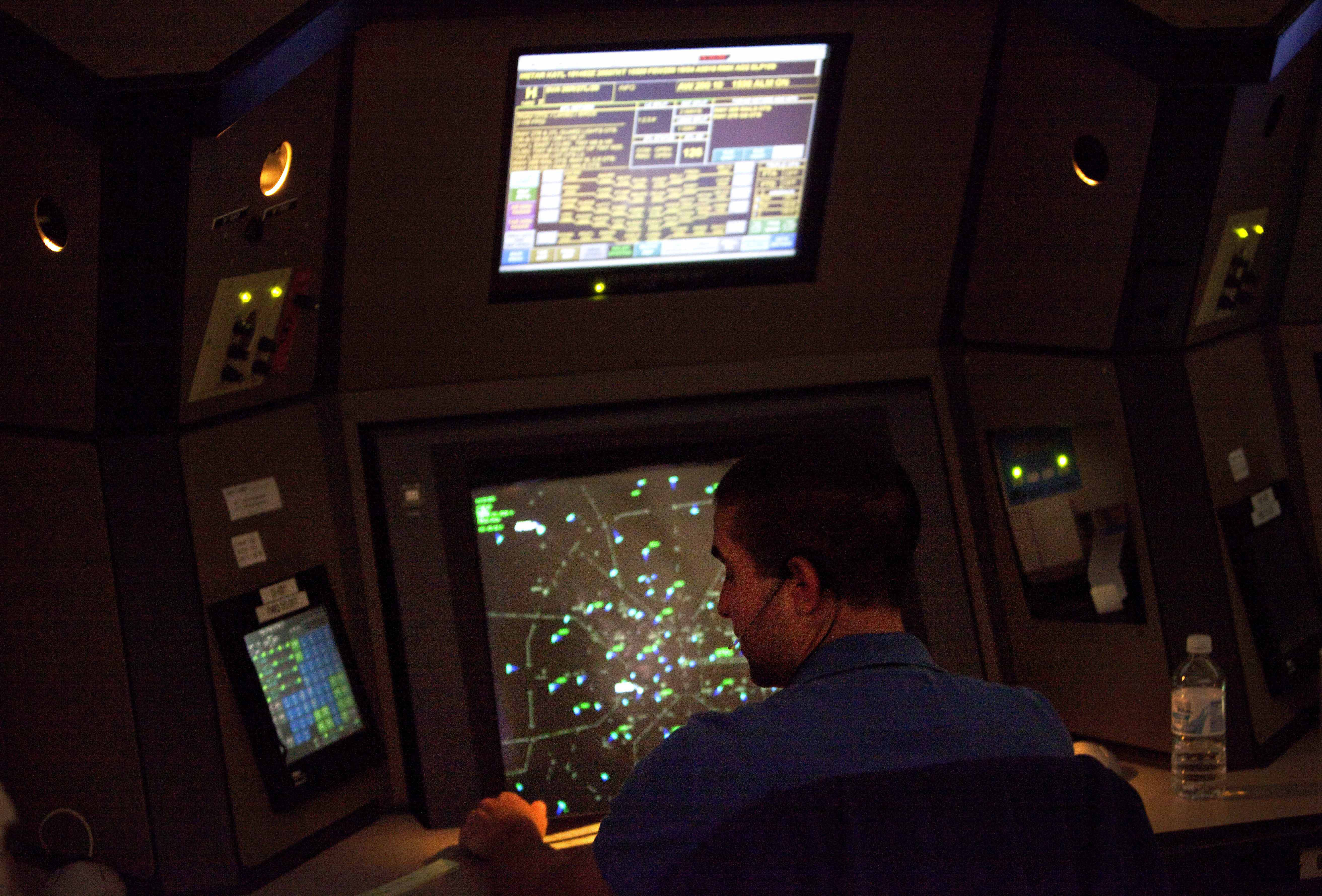 (CBS News) Federal budget cuts are now hitting air traffic controllers. They're being forced to take extra days off, which means fliers may have to get used to extra delays, and even flight cancellations.

Nicholas Calio, of Airlines for America, a trade organization of U.S. airlines, said, "We're going to crater the entire system."

The nation's airlines and the biggest pilots union say the LAX delays point to trouble ahead -- that the FAA's decision to furlough its nearly 15,000 air traffic controllers -- forcing them to stay home one day every other week -- will bring the system to a grinding halt.

Samantha Power: "It's going to be very hard to recover" from Trump era

Lee Moak, of the Air Line Pilots Association, said, "It would be like having Hurricane Sandy in the North and Hurricane Katrina in the South at the same time."

So they're suing the FAA to postpone the furloughs. But the FAA says it's the only way to slash $637 million from its budget -- cuts required by Congress.

The busiest airports are expected to take the hardest hits. Maximum delays at Atlanta's Hartsfield Jackson could reach three-and-a-half hours; at Chicago's O'Hare: more than two; and at New York's LaGuardia: nearly an hour-and-a-half.

Mark Rosenker, former chairman of the National Transportation Safety Board, said, "When your airplane doesn't get to you as quickly as it was supposed to. When you maybe are in the air longer than you should be. Yes, the typical American flier will feel it."

Critics argue that's exactly what President Obama wants -- for fliers to feel it, complain to Congress, and reverse the budget cuts. Rep. Bill Shuster, R-Pa., who serves as chairman of the House Committee on Transportation and Infrastructure, said of President Obama, "I believe he's instructing his agencies to do the things that inflict the most pain on the America people so that they're upset."

The lawsuit filed by the airlines and pilots would delay the furloughs for at least 30 days. A court ruling could come this week.

Watch Sharyl Attkisson's full report in the video above.