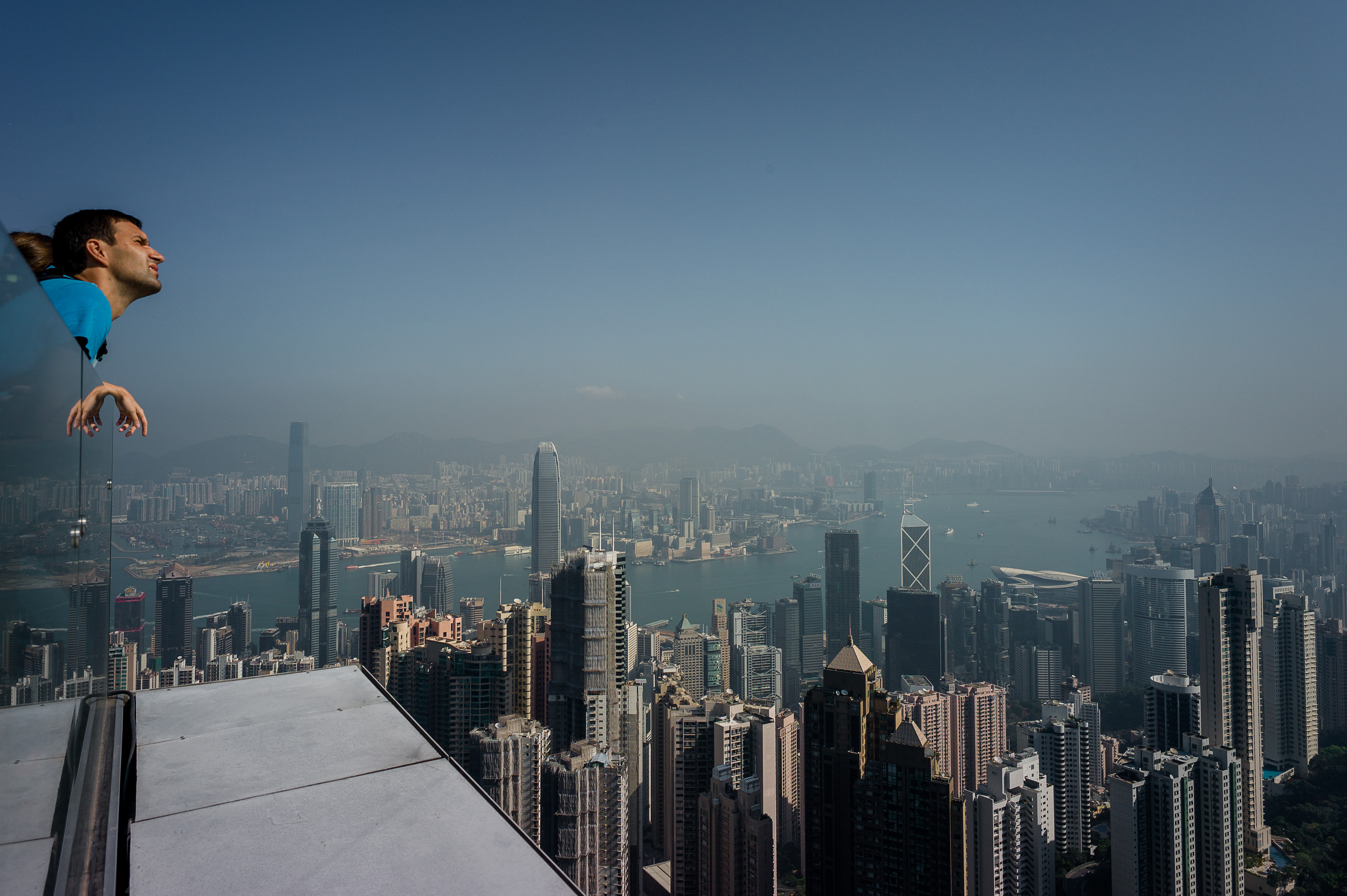 LONDONAir pollution is a leading cause of lung cancer, according to a new report from the cancer agency of the World Health Organization (WHO), confirming what many have long suspected of inhaling smog.

The new report says pollution is more problematic for causing cancer than other environmental toxins like secondhand smoking.

"We consider this to be the most important environmental carcinogen, more so than passive smoking," said Kurt Straif, head of the International Agency for Research on Cancer's department that evaluates cancer-causing substances, which authored the report.

The IARC on Thursday added air pollution to its list of carcinogens, alongside known dangers such as asbestos, tobacco and ultraviolet radiation. The decision came after a consultation by an expert panel organized by IARC, which is based in Lyon, France.

IARC had previously deemed some of the components in air pollution such as diesel fumes to be carcinogens, but this is the first time it has classified air pollution as a whole for its role in causing cancer.

The expert panel's classification was made after scientists analyzed more than 1,000 studies worldwide and concluded there was enough evidence that exposure to outdoor air pollution causes lung cancer.

The new report was published Oct. 17 on the IARC's website.

In 2010, the agency said there were more than 220,000 lung cancer deaths worldwide linked to air pollution. The agency also noted a connection with a slightly higher risk of bladder cancer.

The risk to the individual is low, but Straif said the main sources of pollution are widespread, including transportation, power plants, and industrial and agricultural emissions.

Air pollution is a complex mixture that includes gases and particulate matter, and IARC said one of its primary risks is the fine particles that can be deposited deep in the lungs of people.

"These are difficult things for the individual to avoid," he said, observing the worrying dark clouds from nearby factories that he could see from his office window in Lyon. "When I walk on a street where there's heavy pollution from diesel exhaust, I try to go a bit further away," he said. "So that's something you can do."

The fact that nearly everyone on the planet is exposed to outdoor pollution could prompt governments and other agencies to adopt stricter controls on spewing fumes. Straif noted that WHO and the European Commission are reviewing their recommended limits on air pollution.

Straif said there were dramatic differences in air quality between cities around the world and that the most polluted metropolises were in China and India, where people frequently don masks on streets to protect themselves. China recently announced new efforts to curb pollution after experts found the country's thick smog hurts tourism. Beijing only began publicly releasing data about its air quality last year.

"I assume the masks could result in a reduction to particulate matter, so they could be helpful to reduce personal exposure," Straif said. But he said collective international action by governments was necessary to improve air quality. "People can certainly contribute by doing things like not driving a big diesel car, but this needs much wider policies by national and international authorities."

Air pollution is also a concern in the United States. The American Lung Association said in its 2013 "State of the Air" report that 40 percent of the U.S. population live in areas with unhealthy levels of pollution - about 131 million Americans. The five most polluted cities in terms of year-round particle exposure are Bakersfield-Delano, Calif. and Merced, Calif. (tied for first), Fresno-Madera, Calif. (third), Hanford-Corcoran, Calif. and Los Angeles-Long Beach-Riverside, Calif. (tied for fourth).

Experts emphasized the cancer risk from pollution for the average person was very low -- but virtually unavoidable.

"You can choose not to drink or not to smoke, but you can't control whether or not you're exposed to air pollution," said Francesca Dominici, a professor of biostatics at Harvard University's School of Public Health. "You can't just decide not to breathe," she said. Dominici was not connected to the IARC expert panel.

A person's risk for cancer depends on numerous variables, including genetics, exposure to dangerous substances and lifestyle choices regarding issues such as drinking alcohol, smoking and exercising.

Dominici said scientists are still trying to figure out which bits of pollution are the most lethal and called for a more targeted approach.

"The level of ambient pollution in the U.S. is much, much lower than it used to be, but we still find evidence of cancer and birth defects," she said. "The question is: How are we going to clean the air even further?"