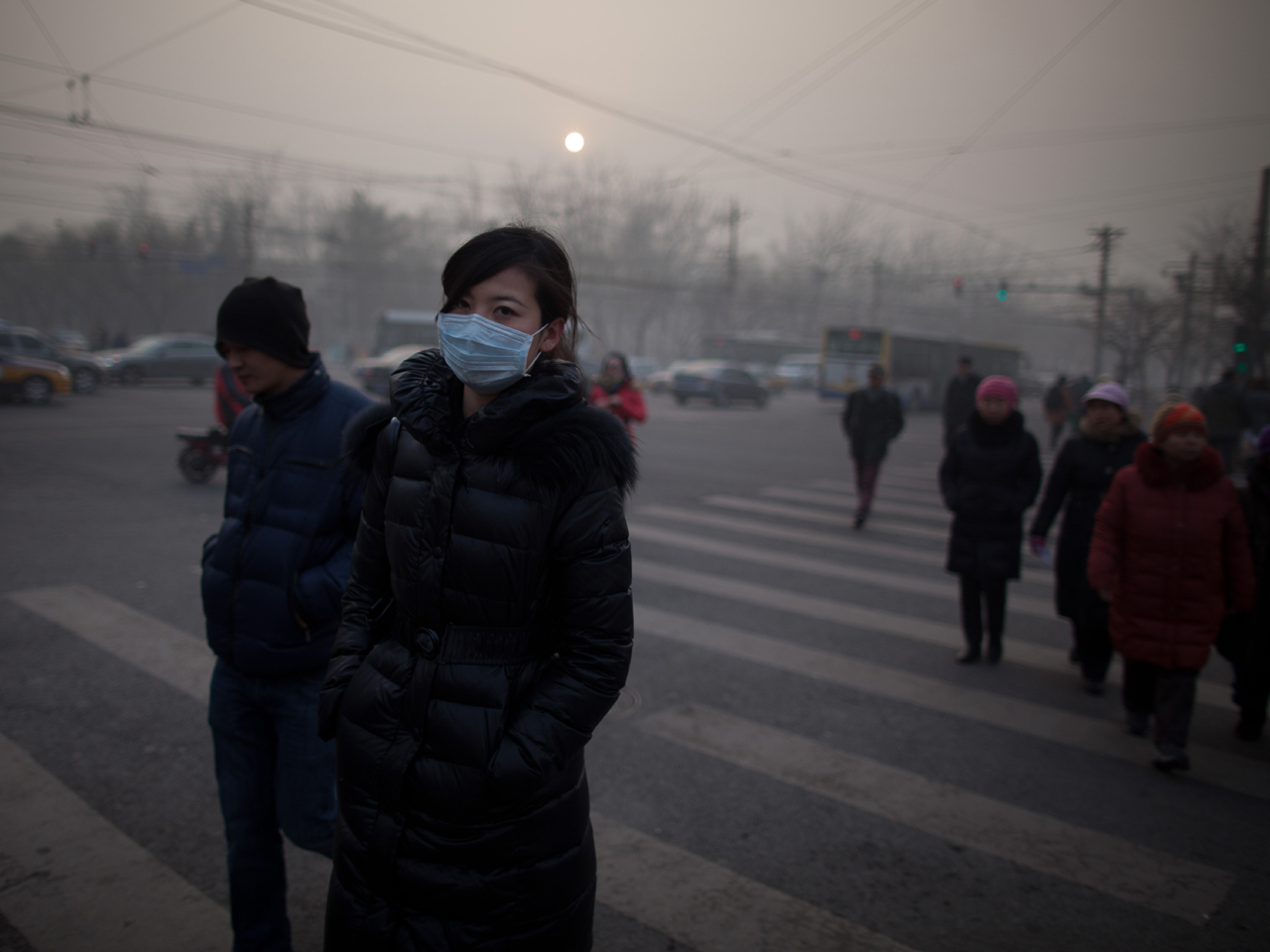 BEIJING People refused to venture outdoors and buildings disappeared into Beijing's murky skyline on Sunday as the air quality in China's notoriously polluted capital went off the index.

PM2.5 are tiny particulate matter less than 2.5 micrometers in size, or about 1/30th the average width of a human hair. They can penetrate deep into the lungs, so measuring them is considered a more accurate reflection of air quality than other methods.

The Beijing center recommended that children and the elderly stay indoors, and that others avoid outdoor activities.

The U.S. Embassy also publishes data for PM2.5 on Twitter, and interprets the data according to more stringent standards.

In the 24-hour period up to 10 a.m. Sunday, it said 18 of the hourly readings were "beyond index." The highest number was 755, which corresponded to a PM2.5 density of 886 micrograms per cubic meter. The U.S. Environmental Protection Agency's air quality index goes up to only 500, and the agency advises that anything greater than 300 would trigger a health warning of "emergency conditions," with the entire population likely affected.

While some people vowed to stay indoors with air purifiers turned on, Beijing's streets were still fairly busy Sunday, and there was the familiar sight of heavy traffic on main thoroughfares.

A young couple strolled along hand in hand in the central business district, both with matching white masks strung around their faces. Two Taiwanese tourists wore masks they said they had brought with them because they heard Beijing's pollution was so bad.

"I don't know why there is such heavy haze these past days. It's really quite serious compared with the air quality three days ago," said a 33-year-old lawyer, who would give only his surname, Liu, as he adjusted his own mask. He said he had ventured out only because he needed to go shopping.

Beijing's air started to worsen on Thursday. The Beijing monitoring center has said the pollution is expected to linger until Tuesday.

PM2.5 can result from the burning of fuels in vehicles and power plants.

Weather conditions are a factor in the recent poor air quality, as a lack of wind means pollutants can easily accumulate and fail to dissipate, said Pan Xiao Chuan, a professor at Peking University's public health department.

"Recent pollution doesn't mean there is an increase in the discharge of pollutants," he said.

Experts say they thought the PM2.5 readings were the highest since Beijing started publishing that data early last year. Public pressure forced the publication of the more detailed air quality data, as a growing Chinese middle class is increasingly vocal about the quality of the environment in which it lives. Hourly air quality updates are now available online for more than 70 cities.

Air pollution is a major problem in China due to the country's rapid pace of industrialization, reliance on coal power, explosive growth in car ownership and disregard to environmental laws. It typically gets worse in the winter because of heating needs.

Several other cities, including Tianjin on the coast east of Beijing and southern China's Wuhan city, also reported severe pollution over the last several days.