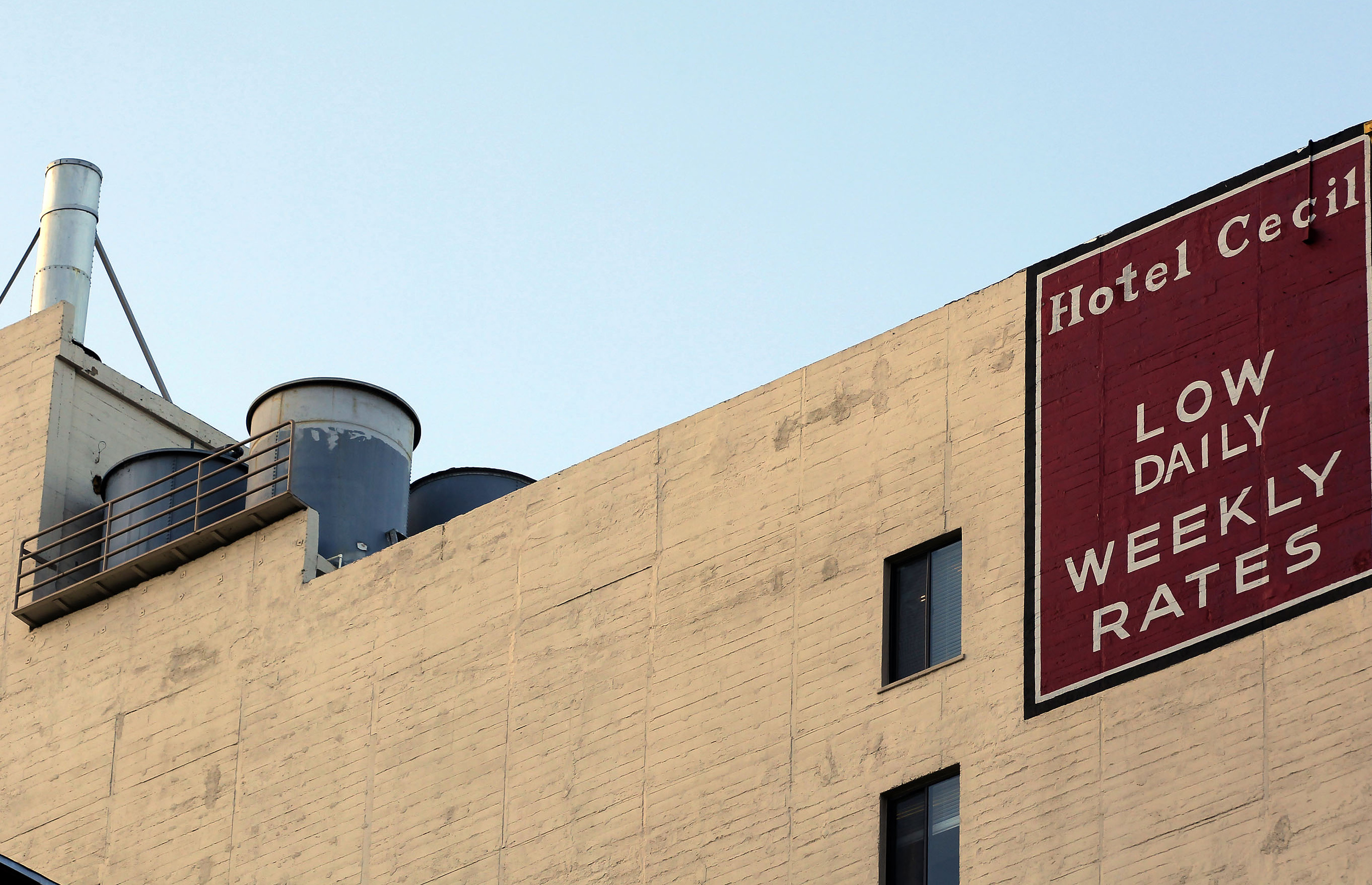 LOS ANGELES British tourist Michael Baugh and his wife said water had only dribbled out of the taps at the downtown Cecil Hotel for days.

On Tuesday, after showering, brushing their teeth and drinking some of the tap water, they headed down to the lobby and found out why.

The body of a Canadian woman had been discovered at the bottom of one of four cisterns on the roof of the historic hotel near Skid Row. The tanks provide water for hotel taps and would have been used by guests for washing and drinking.

"The moment we found out, we felt a bit sick to the stomach, quite literally, especially having drank the water, we're not well mentally," Michael Baugh, 27, said.

Los Angeles County Department of Public Health officials issued a do-not-drink order Tuesday while its lab analyzes the water, said Terrance Powell, a director coordinating the department's response. The disclosure contradicts a previous police statement that the water had been deemed safe. Results of the testing were expected by Thursday.

Powell said the water was also used for cooking in the hotel; a coffee shop in the hotel would remain closed and has been instructed to sanitize its food equipment before reopening.

"Our biggest concern is going to be fecal contamination because of the body in the water," Powell said. He said the likelihood of contamination is "minimal" given the large amount of water the body was found in, but the department is being extra cautious.

Powell said the hotel hired a water treatment specialist after the department required it to do so to disinfect its plumbing lines.

A call to the hotel was not returned.

The remains of Elisa Lam, 21, were found by a maintenance worker at the 600-room hotel that charges $65 a night after guests complained about the low water pressure.

Police detectives were working to determine if her death was the result of foul play or an accident.

LAPD Sgt. Rudy Lopez called it suspicious and said a coroner's investigation will determine Lam's cause of death.

Before she died, hotel surveillance footage showed Lam inside an elevator pushing buttons and sticking her head out the doors, looking in both directions. She was later found in the water tank.

Lam, of Vancouver, British Columbia, traveled alone to Los Angeles on Jan. 26 and was last seen five days later by workers at the hotel.

Lopez said the hotel has four cisterns on its roof that are each about 10 feet tall, 4.5 feet wide and hold at least 1,000 gallons of water pumped up from city pipes.

Lam's body was found Tuesday morning at the bottom of one cistern that was about three-quarters full of water, Lopez said.

The opening at the top of the cistern is too small to accommodate firefighters and equipment, so they had to cut a hole in the storage tank to recover Lam's body.

The cisterns are on a platform at least 10 feet above the roof.

To get to the tanks, someone would have to go to the top floor then take a staircase with a locked door and emergency alarm preventing roof access.

Lopez said there are no security cameras on the roof.

Lam intended to travel to Santa Cruz, about 350 miles north of Los Angeles. Officials said she tended to use public transportation and had been in touch with her family daily until she disappeared.

The Cecil Hotel was built in the 1920s and refurbished several years ago. The hotel is on Main Street in a part of downtown where efforts at gentrification often conflicts with homelessness and crime. It had once been the occasional home of infamous serial killers such as Richard Ramirez, known as the Night Stalker, and Austrian prison author Jack Unterweger, who was convicted of murdering nine prostitutes in Europe and the U.S., the Los Angeles Times reported.

By noon Wednesday, the Cecil Hotel had relocated 27 rooms used by guests to another hotel, but 11 rooms remained filled, Powell said. Those who chose to remain in the hotel were required to sign a waiver in which they acknowledged being informed of the health risks and were being provided bottled water, Powell said.

Baugh and his wife, who were on their first trip to the U.S., had planned to go to SeaWorld on Wednesday. Instead, they were trying to find a new hotel. Their tour agency placed them in another downtown hotel with a less than sterling reputation, from what they heard.

"We're just going from one dodgy place to another," Baugh said, resigned, "but at least there's water."