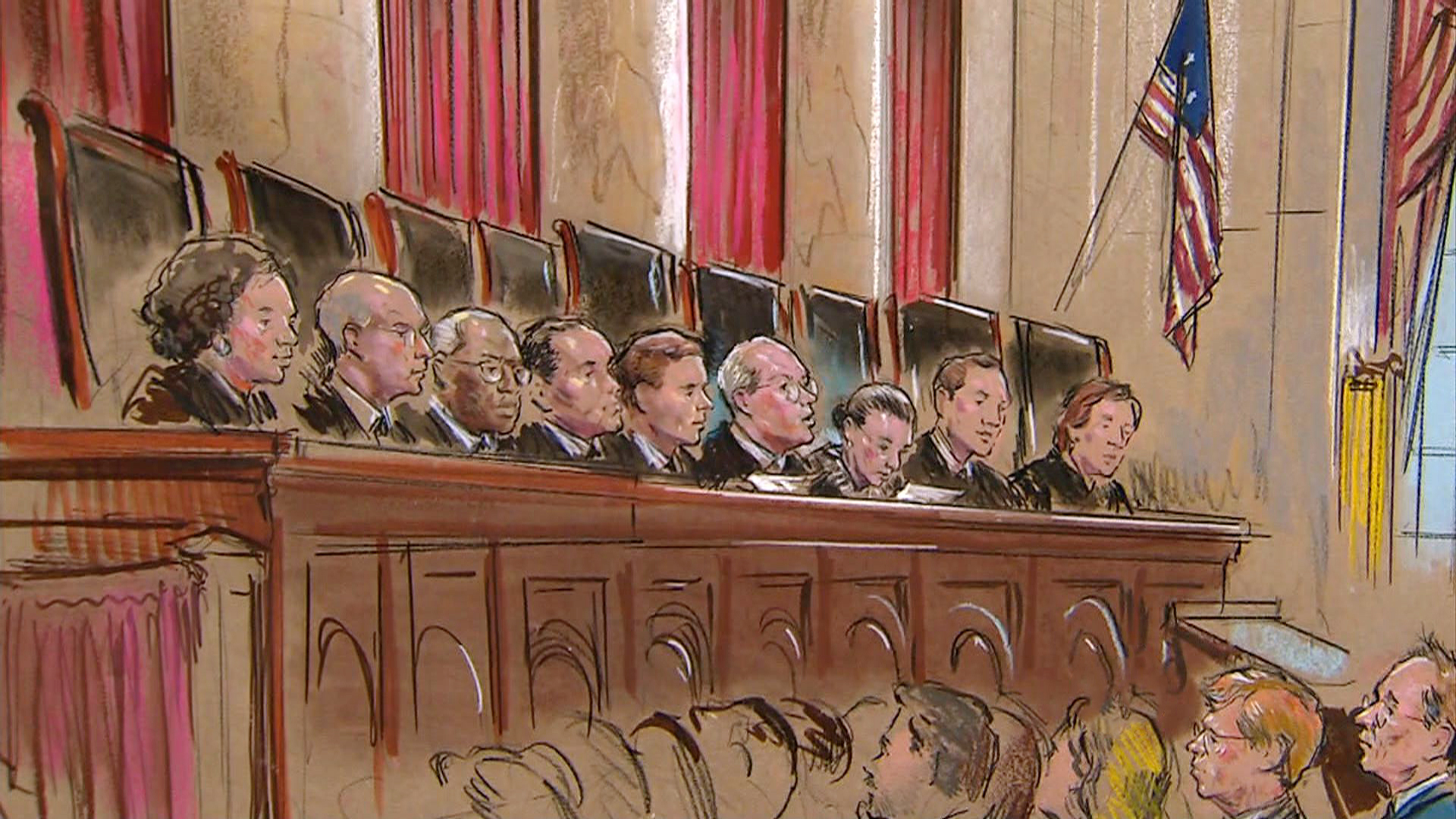 With its decision to strike down Section 4 of the Voting Rights Act, the Supreme Court on Tuesday effectively left the fate of a key portion of the landmark 1965 law in the hands of Congress.

The court ruled that Section 4, which provides the formula for determining which states must have any changes to their voting laws pre-approved by the Justice Department, is outdated and thus unconstitutional. If Congress wants to keep certain states (mostly southern states with a history of racism) under the Justice Department's watch, it will have to rewrite Section 4.

Congress will take up the issue this summer, but some Democrats on Tuesday were pessimistic that Republicans would agree to update the law. The administration, meanwhile, vowed to use all the tools at its disposal to enforce the remaining laws on the books and protect voters from discrimination.

Senate Judiciary Chairman Patrick Leahy, D-Vt., called the court's ruling "stunning" and said he plans on holding hearings in July on the Voting Rights Act. "I'm going to do it in a bipartisan way, I'm going to ask both Republicans and Democrats to give me ideas and see if we can put together legislation that will respond to this," he said.

While Leahy said he would seek GOP support in the Senate, he said he's "given up trying to predict" what the Republican-led House of Representatives would support.

Sen. Chuck Schumer, D-N.Y., also a member of the Judiciary Committee, was more blunt about potential GOP opposition. In a statement, he called the court ruling a "back door way to gut the Voting Rights Act."

"As long as Republicans have a majority in the House and Democrats don't have 60 votes in the Senate, there will be no preclearance," he said, referring to the process by which the Justice Department reviews state voting laws.

Rep. Steny Hoyer, D-Md., the House Minority Whip, also struck a note of pessimism about the chances for the law's revision. The Republican Party, he told reporters Tuesday, "is a much more ideological, rigid party than it was in 2006" - the last time Congress, with strong bipartisan support, renewed the Voting Rights Act.

At least one Republican, Sen. Chuck Grassley, R-Iowa, said he'd engage with Democrats who want to revise the law.

"I'm open to looking at ways to address the issues addressed in the court's decision," Grassley, another Judiciary Committee member, said in a statement. "The opportunity to vote is one of the most fundamental rights afforded to American citizens. And, as protectors of the Constitution, Congress must defend that right."

Grassley did, however, say he thought the Justice Department had been misusing Section 4 to target "common sense measures such as voter identification laws."

"I haven't looked at the decision, but I'm very sensitive to make sure everybody gets a chance to vote that's why people fight and die," he said. "But yes, I think my state has really made tremendous strides, and I feel comfortable we can have a fair election."

Others in the GOP, including House Speaker John Boehner, R-Ohio, and Senate Minority Leader Mitch McConnell, R-Ky., were reticent to comment on the ruling or how Congress should proceed.

"At this point I think I'm just going to have to read it first," McConnell said Tuesday afternoon of the ruling. "I would say I do think America is very different today from what it was in the 1960s."

While Congress decides what to do, Vice President Joe Biden on Tuesday said, "The administration is going to do everything in our power to ensure fair and equal voting practices are in place."

Echoing President Obama's response to the court ruling, Attorney General Eric Holder said he is "deeply disappointed" with the Court.

"Let me be very clear: We will not hesitate to take swift enforcement action using every legal tool that remains to us against any jurisdiction that seeks to take advantage of the Supreme Court's ruling by hindering eligible citizens' full and free exercise of the franchise," he said.

Holder added the Justice Department would also work with Congress and other elected officials and community leaders to come up with new laws because "on their own, existing statutes cannot totally fill the void left by today's Supreme Court ruling. And I am hopeful that new protections can and will pass in this session of Congress."

He stressed that voter discrimination is a still a very real problem.

The attorney general pointed to voter ID laws in Texas and South Carolina that were were rejected after failing pre-clearance.

The Supreme Court has upheld the constitutionality of voter ID laws in general, but it hasn't reviewed the specific cases in South Carolina or Texas. Whether or not the high court would agree with the decision to block those laws, it's noteworthy that the pre-clearance provision of the Voting Rights Act was invoked at all.

While Section 4 (and the corresponding Section 5) of the Voting Rights Act stopped those laws, several other potentially restrictive laws have passed in recent years in states that aren't subject to preclearance.

With that and Tuesday's ruling in mind, Mr. Obama called on Congress "to pass legislation to ensure every American has equal access to the polls." Earlier this year, he attempted to start a new dialogue on the issue by forming a bipartisan commission to draft a plan for reforming national voting laws.