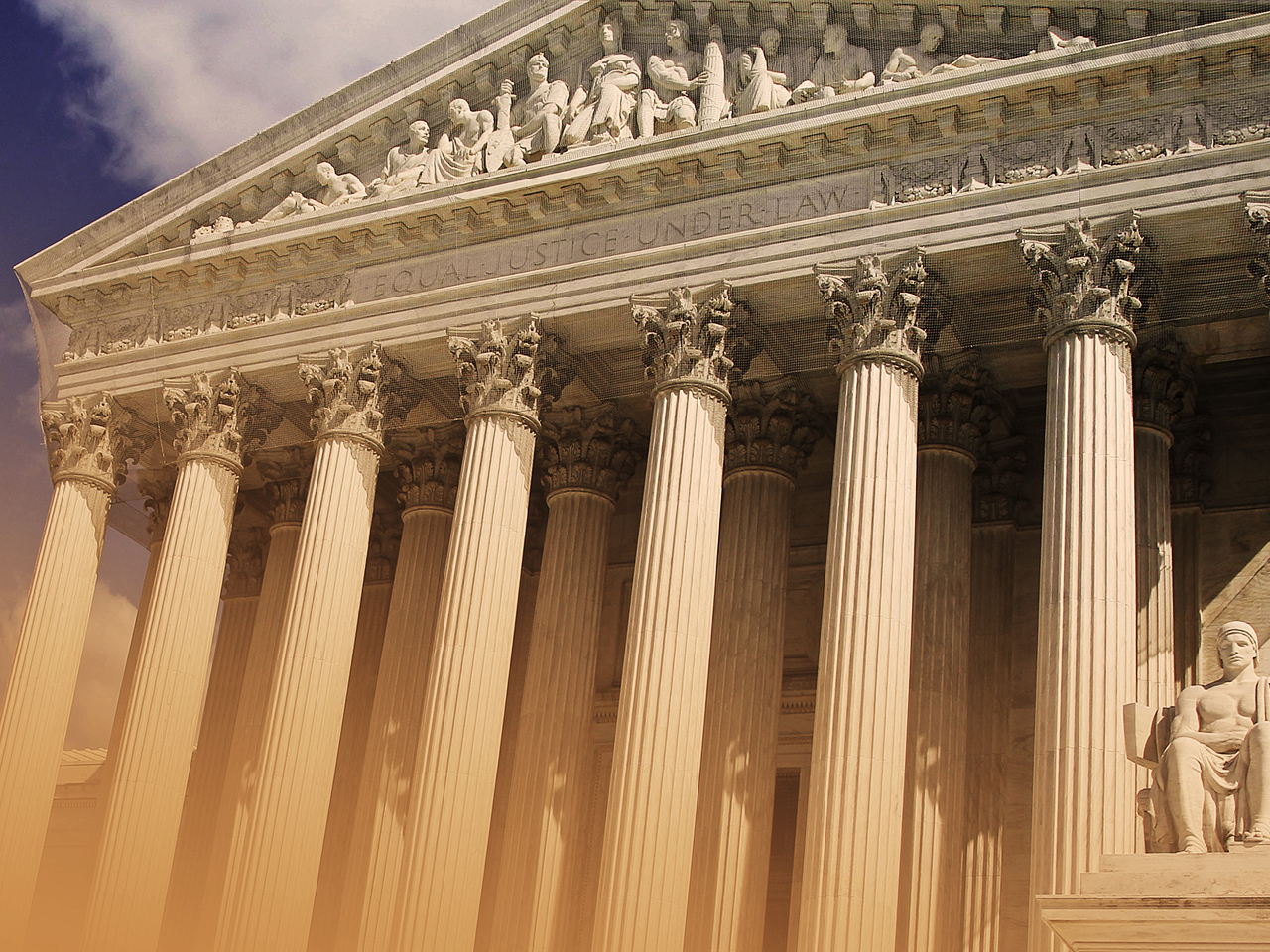 The Supreme Court on Tuesday struck down a section of the Voting Rights Act, weakening a tool the federal government has used for nearly five decades to block discriminatory voting laws.

In a five-to-four ruling, the court ruled that Section 4 of the Voting Rights Act is unconstitutional. That section of the landmark 1965 law provides the formula for determining which states must have any changes to their voting laws pre-approved by the Justice Department's civil rights division or the D.C. federal court. Nine states are required to get pre-clearance, as are certain jurisdictions in seven other states.

Chief Justice John Roberts wrote for the majority that Section 4 is unconstitutional because the standards by which states are judged are "based on decades-old data and eradicated practices."

"Nearly 50 years later, things have changed dramatically," Roberts wrote. "The tests and devices that blocked ballot access have been forbidden nationwide for over 40 years. Yet the Act has not eased [Section 5's] restrictions or narrowed the scope of [Section 4's] coverage formula along the way. Those extraordinary and unprecedented features were reauthorized--as if nothing had changed."

Among other things, Ginsburg argued in her dissent that the court should have deferred to Congress on the validity of the Voting Rights Act. "When confronting the most constitutionally invid­ious form of discrimination, and the most fundamental right in our democratic system, Congress' power to act is at its height," she wrote.

The court could have made a much broader ruling by striking down Section 5, which dictates that those states must get pre-clearance. However, the court decided that the Justice Department still has a role in overseeing voting laws -- if Congress is willing to rewrite Section 4.

In a statement, the president said he was "deeply disappointed" with the decision.

"For nearly 50 years, the Voting Rights Act - enacted and repeatedly renewed by wide bipartisan majorities in Congress - has helped secure the right to vote for millions of Americans," he said. "Today's decision invalidating one of its core provisions upsets decades of well-established practices that help make sure voting is fair, especially in places where voting discrimination has been historically prevalent."

In response to ongoing voter discrimination -- acknowledged by the Supreme Court in its decision -- Mr. Obama called on Congress "to pass legislation to ensure every American has equal access to the polls."

Sherrilyn Ifill of the NAACP Legal Defense and Education Fund said Tuesday outside of the court, "The Supreme Court has failed minority voters today."

The ruling underscores the Supreme Court's lawmaking powers, challenging Congress' overwhelmingly bipartisan decision in 2006 to renew the Voting Rights Act for another 25 years. Ifill pointed out that the court renewed the law after holding 52 hearings over nine months and amassing 15,000 pages of evidence of the state of civil rights across the nation.

It's now up to Congress to change the coverage rules so that Section 5 -- the section requiring pre-clearance of voting laws in certain states -- can continue to be enforced.

"The ball has been thrown not only in Congress' court, but in our court," Ifill said, calling on the public to mobilize behind an update to the law.

Wade Henderson, president and CEO of the Leadership Conference on Civil and Human Rights, he expressed optimism the Voting Rights Act could be fully restored with adjustments in the legislative branch.

"We are very confident that members of both houses of Congress who helped lead the effort in 2006, many of whom are still there, will respond to those challenges," he said on the steps of the court.

While Section 5 may be effectively nullified, now that Section 4 has been struck down, the court's ruling will certainly renew discussion of what tools the federal government should have at its disposal to ensure voting rights. President Obama noted earlier this year that Section 5 is "not the only tool" available to fight discriminatory voting laws, and he has attempted to start a new dialogue on the issue by forming a bipartisan commission to draft a plan for reforming national voting laws.