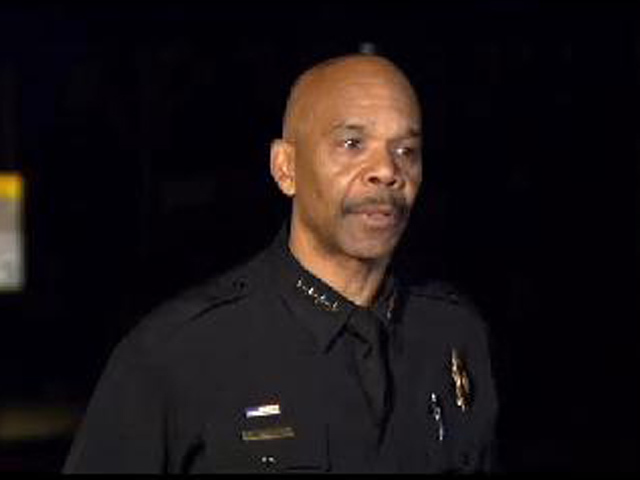 According to CBS Denver, both suspects were 15 years old and did not attend the school.

White said in a press conference that the teens' intent appeared to be burglary.

Police had earlier surrounded Noel Middle School and a bomb squad was called to the scene after janitors reported a break-in.

According to KMGH-TV, officers watched two individuals on the school's security cameras and saw they were carrying backpacks as well as rifles.

Police say the teens had two backpacks when they were arrested. One of the backpacks contained a computer, and the contents of the other backpack are not known.

The school is expected to be open Tuesday, according to CBS Denver.